The 10 Best Day Trips From Milan 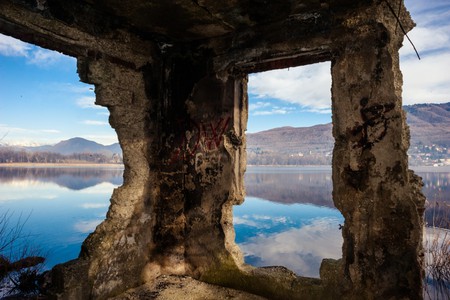 Milan is advantageously situated in Northern Italy between the Prealps Mountains and the Ligurian coastline on the Mediterranean Sea. Whether you’re looking for celebrated vineyards or Medieval towns with beautiful historic architecture, here are the best day trips to the countryside surrounding Milan.

Getting up at the crack of dawn will be a distant memory once you’re on the coast three hours later. You’ve possibly seen Cinque Terre on your Instagram, but the string of five villages along the Ligurian coast are far more rewarding in person. Although a train line connects them all, hiking from one to the next offers sweeping sea views along marked trails that weave in and out of the forest. Cool off with a dip in the water, or pick at a fritto misto (bite-size pieces of fried seafood) served in a paper cone. 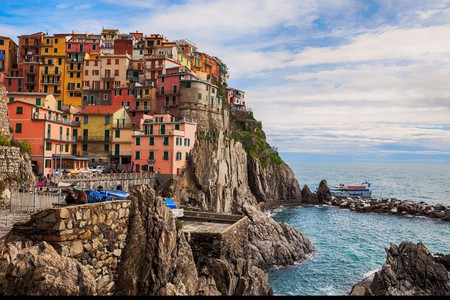 Did you know there is a region in Italy producing sparkling wine that has more in common with champagne than prosecco? A couple of hours away from Milan you can visit some of the wineries that have been producing franciacorta sparkling wine since the 1960s. Made using the same method and grapes as champagne, although with a slightly riper taste, franciacorta is a premium alternative to the ubiquitous prosecco. Book in for a tasting, then soak up the bubbles with a hearty lunch at La Smorfia, where fresh, local produce is served by the wonderful Enrico and his friendly team.

Food lovers take note: the birthplace of parmigiano-reggiano (authentic Parmesan cheese) is just over an hour away by train from Milan. Parma is also where prosciutto di parma (Parma ham) comes from, so you certainly won’t go hungry in this city. Once you’ve had your fill of the salty-sweet, melt-in-the-mouth local produce, you can visit one of the oldest universities in the world, or take in the many Romanesque buildings in the centre before catching the train back to Milan.

A magnet for the international jet set, Como’s dramatic lakeside setting, just one hour away from Milan, is irresistible. The town centre and its piazzas are elegant and quaint, but it is the grand villas surrounding the edges of the lake, set against a mountainous backdrop, that are truly stunning. Rent a boat to peek into the lakeside mansions of the rich and famous and admire the picturesque views of Como town from across the water. Don’t forget to bring on board a bottle of franciacorta on ice. 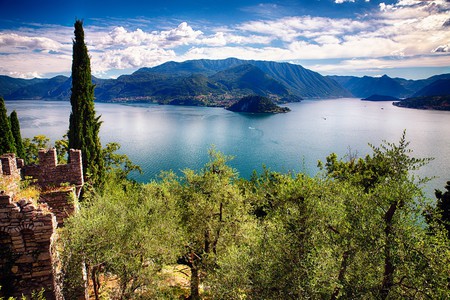 She may be the shy little sister of Lakes Como, Garda and Maggiore, but that is precisely what makes Lake Orta so enchanting. Around two hours away from Milan, the waters reflect the deep greens of the hillsides, turning pinky-orange at sunset. There’s a small island in the middle of the lake, where a meditative trail runs along the perimeter of a convent – the perfect setting for a moment of contemplation. Stay in Orta San Giulio, or if you’re looking for proper peace and quiet, Casa Fantini on the opposite side of the lake is a boutique design hotel where exceptional food meets unparalleled service.

This Medieval city an hour’s train ride away from Milan was thrust into the international spotlight when it was featured as a key location in Call Me By Your Name. Make like Elio and Oliver and explore its stunning sights on a leisurely bike ride. In the compact centre, you can visit Crema Cathedral and take a break in the Piazza, where the exact bikes, chairs and tables that were featured in the film are still in place. Piazza Trento e Trieste and the 18th-century Terni Bondenti Palace are also worth visiting.

Just 30 minutes by train (or a two-hour bike ride along the canal if you’re up for it), Pavia is a historic city with tons of architectural sites to squeeze into a day of sightseeing. Start with the university, where famous alumni include Christopher Columbus and medical equipment dating back to the Middle Ages is housed. You’ll need to set aside a few hours for the Certosa di Pavia – a sprawling monastery that is a fantastic exemplar of Renaissance architecture at its finest.

Said to be the site of Juliet’s house (from Shakespeare’s tragedy), Verona attracts thousands of visitors with its Medieval heritage. The 14th-century house in question draws huge crowds to its tiny balcony overlooking a charming courtyard, but there is so much more to explore in this city, which is just over an hour from Milan by train. Cross the Adige River over one of its many bridges and catch a concert in the vast first-century Roman amphitheater, visit a 16th-century landscaped garden, or grab a bite away from the crowds. 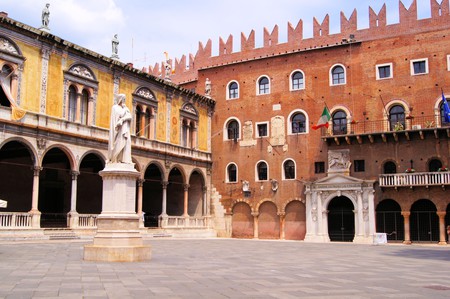 The story may be a tragedy, but the setting of ‘Romeo and Juliet’ has an old-world charm | © Jennifer Barrow / Alamy Stock Photo

While most budget-flight passengers head straight into the city centre, those arriving into Bergamo would do well to consider spending a few hours here before embarking on the one-hour drive into Milan. Ride the funicular railway to the Città Alta, where narrow cobbled streets and Medieval architecture are surrounded by 16th-century Venetian walls. Get your souvenirs in any of the small boutiques dotted around the city and soak up the atmosphere in an authentic trattoria that has been open for hundreds of years.

During peak ski season, this charming Alpine town teems with life, but it’s stunning year-round. A few hours’ drive from Milan, right on the French border, Courmayeur is nestled at the foot of Europe’s highest mountain. At 4,808 metres (15,774 feet), Mont Blanc gives incredible views over the Alps. You don’t have to trek all the way up; the Skyway cable car is an experience in itself, and takes you to the top in just 20 minutes. 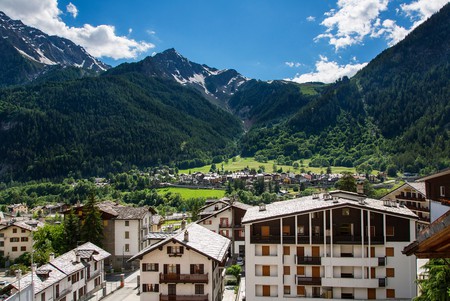 This article is an updated version of a story created by Raphaele Varley.