The 10 Most Unique Pizza Experiences From Around The World

Italian cuisine has an enormous variety of tastes to offer, from the soft creaminess of risotto, to the crunch of bruschetta, to the ripe succulence of top-quality tomatoes and mushrooms. However, it is difficult to argue that any dish has reached heights of global popularity to rival pizza. The following ten experiences, from six continents, demonstrate that wherever you are, you may well not be far from a scrumptious – and possibly surprising – pizza pie. 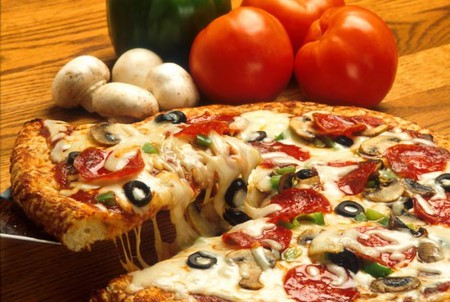 Pizza, one of the world’s favourite foods | © Scott Bauer/WikiCommons

Asia | Showcasing the Versatility of Dough

While many pizzerias around the world liven up the bases of their pizzas by stuffing the crusts with cheese or meat, few have been quite as inventive as the pizza chains of South Korea. Seafood fans may try the shrimp roll crust, consisting of small dough bites from which protrude the tails of entire cooked shrimps. Alternatively, if your tastes are less nautical, you could sample the smooth, rounded sweet potato mousse crust. Perhaps the most interesting option however, is the cookie crust – a pie which, as its name suggests, is based on a sweet cookie mix and comes with blueberry dipping sauce.

Even the greediest of eaters might find it hard to polish off the ‘Giant Sicilian’ without some help. Available at Big Mama’s and Papa’s Pizzeria in Los Angeles (the chain who delivered pizza to the 2014 Oscars ceremony), this 54-inch square creation comes in an enormous box at a cost of $199.99. It is intended to feed around 70 people, making it a stalwart of parties and events in the Hollywood area. The standard topping is pepperoni, cheese and tomato, but diners willing to pay more can load it with extra ingredients for a feast of truly global proportions. Unsurprisingly, it won a Guinness World Record for the Largest Pizza Commercially Available in 2012.

One rival to the ‘Giant Sicilian’ in terms of size is the ’60’ Party Package’ pizza at Tennessee’s The Pizza Machine. Described as suitable for 35-40 people (clearly, The Pizza Machine expects its customers to have even greater stomach capacity than those ordering the Los Angeles pie), its $350 price tag allows you and your guests to top it with anything you like, with drinks thrown in too. However, in an unusual twist, the pizza will not be delivered to you by hand, but by crane, with a specially built machine positioning itself over your table to lower your gigantic party treat down. Certainly a talking point, this futuristic pizza experience will ensure any special occasion is memorable.

It is difficult to find somewhere a more secluded place to eat pizza than Pizza John’s Jardín Escondido in El Castillo, Costa Rica, widely considered the world’s remotest pizzeria. Set in the midst of the rainforest in the Volcán Arenal national park, it offers the adventurous traveler spectacular mealtime views of lagoons, mountains and wildlife, making its name (which means ‘Hidden Garden’ in Spanish) highly apt. At over 80 miles from the nearest city and around 40 miles from even a moderately sized town, a culinary experience free from the bustle of modern life is guaranteed. Anyone who reaches here is part of a select group, so people usually commemorate their visit by adding to the pizzeria’s wall of signatures.

If a spicy topping is just not enough for you, you would be well-advised to head to Grande, a restaurant in the South Korean city of Yongin, where the idea of adding heat to your pizza is given a whole new meaning. Place your order and watch as the expert staff at this famed venue place your meal not in an oven, but straight onto your table, and promptly set it alight. After a few moments, the carefully controlled flames will die down, and the rich flavors of your chosen pie will apparently have been brought out to perfection. Startling and intriguing, this novel process has developed a reputation as one of Yongin’s key sights to witness.

South America | For Those Struggling Between Sweet and Savory

If you’re in Brazil, you can have both sweet and savory Pizza options at once. While sweet dessert pizzas are growing in popularity all over the world, South America’s largest country has long held a great fondness for a banana and cheese flavor. These pies have the typical mozzarella foundation, but combine it with liberal helpings of the yellow fruit, often with chocolate, cream, cinnamon, sugar and sometimes other fruits too. They are widely available at restaurant chains and are a popular choice to cook at home. Whether eaten warm or cold, they are an intriguing way to explore a mix of tastes that sound unpromising but prove delicious and will certainly expand your perceptions of pizza. 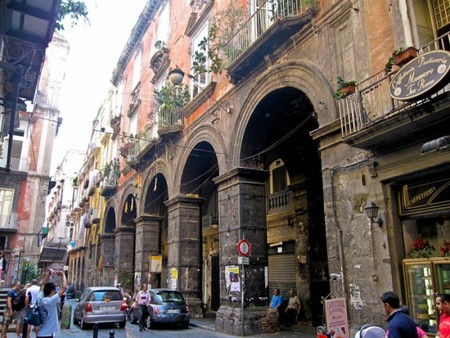 If your heart is set on having a cosmopolitan pizza experience, the feat of Corne Krige, 2001 captain of South Africa’s Fedsure Stormers rugby team, may provide inspiration. Krige missed the pizza of his native country so much while playing in Sydney, that he ordered a 6,861-mile (11,042 kilometer) delivery from Butler’s Pizza in Cape Town. Delivery man Bernard Jordaan hopped on a flight to hand over the pizza personally, and a new Guinness World Record was set. Although this record has since been broken by Lucy Clough of Domino’s in the UK, it remains an entertaining anecdote – and a testimony to the quality of pizza available in South Africa, of course.

International pizza chains generally aim to appeal to individual markets by creating patriotic topping options, and Pizza Hut Australia is no exception. In January 2015, just in time for Australia Day, they released perhaps their most controversial pizza yet, which divided customers between rapturous delight and disgusted horror – The Mitey Stuffed Crust. As its name playfully suggests, this pie has an edge filled with the home-grown yeast spread Vegemite, which is similar to the UK’s much-maligned Marmite in that customers generally either adore it or hate it. For a classic Australian flavor that has endured changing tastes and fashions for over 90 years, it is worth braving a sample.

In Vancouver and feeling extravagant? Why not head to the Steveston Pizza Co. and partake of the ‘See Nay’ pizza, priced at a mere $850? This 12-inch creation, designed for one person, is topped with a gourmet mélange of tiger prawns, lobster ratatouille, smoked steelhead, Russian Osetra caviar, and Italian white truffles. The latter ingredient is a particular factor in the price tag, since it has been named the World’s Most Expensive Fungus Species by The Guinness World Records and costs thousands of dollars per kilo. Those who can afford to join the handful of customers who have consumed the See Nay will need to order it a day in advance and be prepared to be the envy of food fans around the world.

Gargantuan pies and remote jungles are all very well, but if you want to experience the most authentic of pizzas, nothing beats visiting Naples’ Via dei Tribunali for a taste of the recipe that started the worldwide craze. The restaurants here offer wonderful examples of the Neapolitan Margherita, a simple, age-old creation that is now carefully regulated by the city’s pizza association, l’Associazione Verace Pizza Napoletana. To meet their guidelines, a pizza must have a base of 0.4 centimeters in thickness, made from dough at a pH of 5.87 cooked in a wood-fired oven. It must then be topped sparsely with tomatoes and mozzarella of certified local origin. The care taken over every detail of these pizzas just proves how much the world has fallen in love with Italy’s most alluring culinary creation.