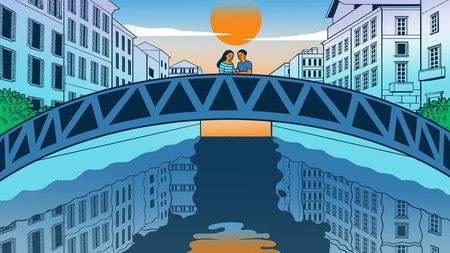 When you think of Italy and canals, Milan may not be the first destination to spring to mind. Yet the Italian financial capital has a very important history of inland waterways and, while only a fraction of them remain in use, they are the soul of the city.

Milan is a city of surprises, of hidden beauty and layered history. Dominated by modernity, industry and internationalism, it is a city of secret courtyards and of art and craft, of nobility and water.

Before Milan was decimated in World War II, it was known as a jewel of the north. With an extensive network of canals criss-crossing the city and a grand architectural vista, it is said that the city resembled a cross between Amsterdam and Vienna. 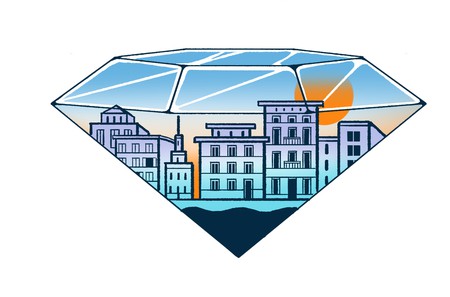 Today, many locals want to bring this history of waterways back into the modern day.

In 2011, some 450,000 Milan residents voted in favour of reopening the old canal network, still under the circumnavigazione, or ring road, that skirts the old city. Lobbying for the reopening of Milan’s historic canal system began as early as the ’80s, culminating in a referendum that was passed overwhelmingly.

Federico Bianchino, a local expert and consultant who runs a specialised tour of Milan’s canals and the surrounding area and lobbies for the upkeep and redevelopment of Milan’s lost waterways, says that the network is fundamental to the city’s history.

Milan, as a landlocked city, has always been served by water, and over time a network of canals was carved into the land to do just that, transporting goods and people in and out. The Romans first channelled waterways such as the Seveso, Vettabbia and Nirone, reclaiming the surrounding marshes. In the Middle Ages, the Visconti and Sforza dynasties were able to exploit water to create the Navigli (canals), understanding their strategic, military and economic importance. From the 18th century, the Austrians and French created the Naviglio di Paderno first, and the Naviglio Pavese later (it was completed in 1819, and turned 200 in August last year). 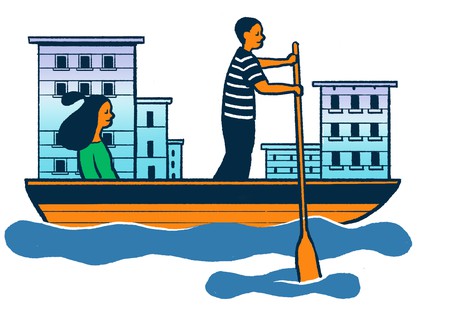 Leonardo da Vinci was commissioned by Ludovico il Moro in the 1500s to create a canal network linking Milan and Como, the drawing for which can still be seen today at the Museum of the Navigli.

Thus Milan became a city of tranquil waterways, of navigation by barge and picturesque canal-bank walks. This lasted until the 1930s, when the city’s determined push for modernisation saw many of the main arterial canals covered up to make way for the motor car. More and more of the canals were covered over for roads, until just the Navigli remained, which today is the city’s most vibrant area, attracting tourists and locals to its nightlife and bohemian atmosphere. The canal networks that remain offer cycling and walking opportunities and are a glimpse of what reopened canals could do to revitalise parts of the city.

While the canals have been covered over all these years, they haven’t been forgotten, and continue to flow beneath the ground. Today, the city is booming, with new development, thriving industry, design, fashion and finance all contributing to making Milan a truly international city. Yet the Milanese still yearn for the time when their city was replete with splendid waterways, and a major movement has developed in recent times to have the waterways reopened and for the city to reclaim its natural identity.

Vehicle ownership is declining among a new generation of urban residents as cars are being phased out of the inner city, and car, bicycle and scooter sharing services abound. The city of Milan is serious about investing in the canal system and unlocking its sustainability and quality-of-life benefits.

A World Expo held in 2015 in Milan, the world’s largest international fair that demonstrates the achievements of nations, allowed for the unlocking of vast resources for urban planning and design. The project demonstrated the local desire to direct resources to renewing the city’s waterways.

A new water dock was created at Darsena with the watercourse becoming an integral part of the exhibition site.

“The Expo centre was created on different water courses, making them an essential element of the Expo2015 programme,” says Bianchino. “As a consequence, water has become a fundamental, qualitative and distinctive element for this area [Navigli] and for the Milanese,” says Bianchino. “It is no coincidence that all the most important cities in the world have developed along a river: Paris has the Seine, London the Thames, Rome the Tiber and Milan… the Navigli.”

Milan is, above all a centre of design and innovation. While the city has suffered from poor planning decisions in the past, sustainability and the integration of more green spaces into the urban environment has become one of the municipality’s main ambitions, and one it is not shying away from, with ongoing design developments including an underground tunnel to carry water from the Naviglio Martesana to the Darsena and separating the River Seveso and the Naviglio Martesana, which were merged in the ’60s. While concerns remain over the effect on traffic in Milan, city authorities remain committed to the task.

Allowing the water to once again flow through Milan would bring three main benefits to the city. The first is the reduction of traffic and smog in the city centre. 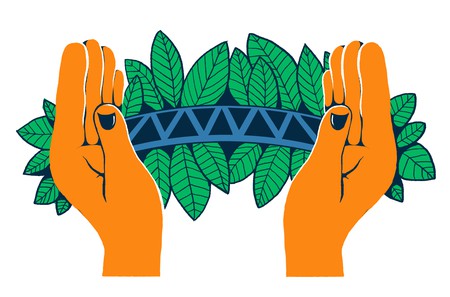 “The reopening of the internal canals would force us to redesign the road network,” says Bianchino. He explains that reopening the canals would limit the number of vehicles that could pass through the area, thereby reducing traffic and smog and increasing public transportation and green areas. This is also part of the city’s pledge to combat pollution and global warming by 2030.

The second obvious benefit for the residents of the city would be an improvement in quality of life as a result of the creation of public green areas and recreational areas for walking and cycling. The towpath would be for cyclists and pedestrians (like the current Navigli) and create areas that would focus on public greenery, creation of benches, recreation and, of course, opportunities to enjoy Milan’s amazing gastronomy.

The third major benefit would be the abatement of the urban heat island (a global phenomenon in which a metropolitan area is significantly warmer than the surrounding rural areas) and the use of watercourses to cool the area by using heat pumps. Milan can get hot and humid in the summer months, and channelling cooling water throughout the city would significantly improve the city’s liveability.

Watching the sunset of the Navigli, cycling the 20-kilometre (12-mile) route from Milan to Abbiategrasso or taking a Sunday stroll from the Darsena along the Navigli lined with market stalls and restaurants gives us a glimpse of the transformative power of water in the urban environment. Imagine the city of Milan restored to its former waterway glory, to the benefit of locals, tourists and business. It’s the kind of project that invents the future by looking to history, an approach that will be fundamental to how we manage sustainability and climate change today and tomorrow.