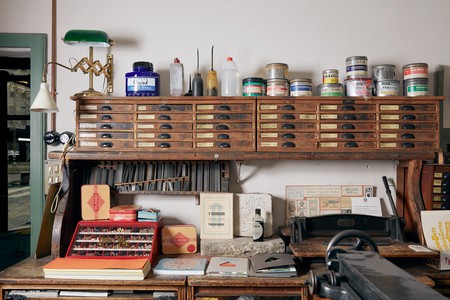 In Milan, a community of shop owners is keeping the city’s artisanal heritage alive. Through the smell of fresh ink in a printing shop, the hum of sewing machines in a shoe store and the ancient stories being kept alive in a tarot shop, local artisans are preserving the heart – and hands – of their city. 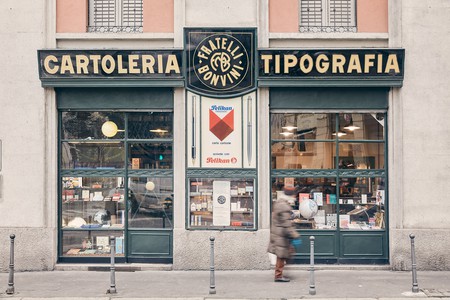 Tucked down an unassuming side street south of Milan’s city centre is a pint-size printing shop. Inside, dozens of little pea green drawers stretch from floor to ceiling, containing a world of pen nibs, erasers and letter openers. The shop is called Fratelli Bonvini, which does a roaring trade in fine paper goods and art books as well as traditional letterpress printing. Each object within celebrates the spiritual process of analogue thought, and the shop is a temple to the importance of arts and craft not just in Milan, but in the modern world at large. 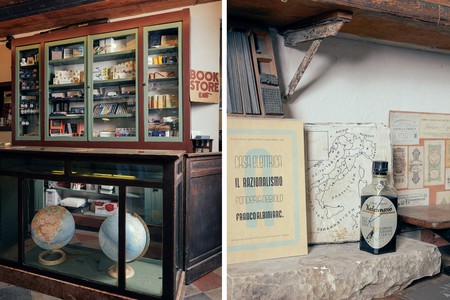 For more than 100 years, Fratelli Bonvini was a dependable source in the neighbourhood for any printing needs, from business cards and corporate letterheads to invitations and note cards. The last decade proved difficult as the business struggled to stay afloat. In 2012, the family prepared to pull down its shutters for the final time when a group of friends decided to step in. Together, Roberto Di Puma, Maria Sebregondi, Francesco Franceschi, Franco Achilli, Paola Candiani and Luca Mariani bought the business and brought it back from the brink. Twelve months of rigorous restoration and modernisation work ensued. Heating was installed, original printing machinery was repaired and the kerosene lamp in the office was replaced by a new electrical system. 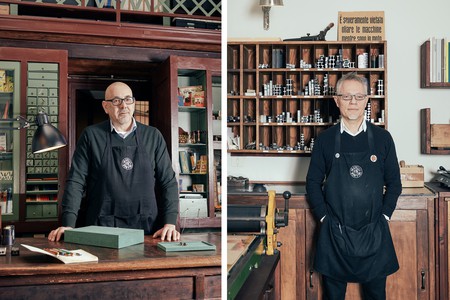 According to Di Puma, preserving tradition is an important aspect of urban regeneration.

“When I first visited the place, 100 years of history were immediately visible,” he says. “It is a testament to how we made things in the past, which has both cognitive and economic benefits. There is value in keeping materials and memories alive.”

The new owners have big ambitions for what Fratelli Bonvini can be. Other businesses on the street have taken note of the care that goes into maintaining the shopfront, investing in their own signs and keeping the pavement clean. Di Puma and his partners pay for a no-parking permit to reduce the number of cars on the street. They also once organised a game of boules for the locals old enough to remember playing on one of the four courts that used to be the pride of the neighbourhood 50 years ago. Winners received letterpress-printed certificates. “We hope to inspire others to rediscover the value in historic places, and take pride in them once more,” he says. 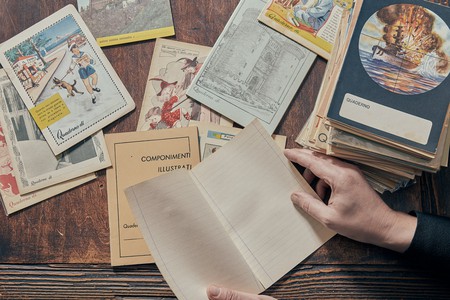 The belief in the power of local businesses to have a global impact is at the core of Milan’s DNA. The local authority has seized on the opportunity to develop Milan’s influence far beyond its tangenziale (ring road) through a €25 million (£21.5 million) investment. The scuola dei quartieri (neighbourhood school) initiative incentivises young people to launch a business in their own neighbourhood, thereby ensuring the city’s local and independent traditions do not remain in the past.

One such enduring tradition is shoemaking, which has been a big part of Milan’s home-grown craft heritage for centuries. Across town, boutique brand Belfiore Calzature has kept its family traditions alive since 1953. Every pair of shoes is sewn and finished by hand in Italy. The family is committed to quality and authenticity, educating discerning customers on recognising real leather and the difference between handcrafted and machine-made shoes (the clue is in the seams).

Each shoe takes approximately four hours to make, thanks to the level of detail in the production process. Everything is stitched by hand using laborious techniques, which result in a higher-quality shoe that has been custom-made for its owner. Owner Luca Pontiggia calls it “added value”. 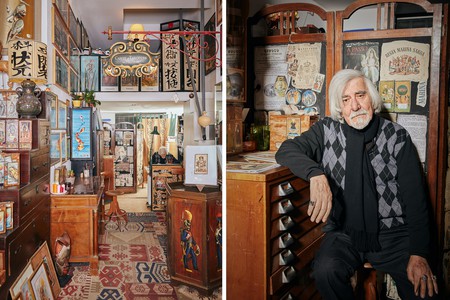 This same dedication to craft can be found at Il Meneghello, where Osvaldo Menegazzi has been handmaking tarot cards since 1974. The earliest references to tarot date to the 1440s and 1450s, and can be traced back to the Northern Italian cities of Milan, Venice, Florence and Urbino. One of the oldest surviving decks is thought to have been made for the Duke of Milan, Filippo Maria Visconti, prior to his death in 1447. 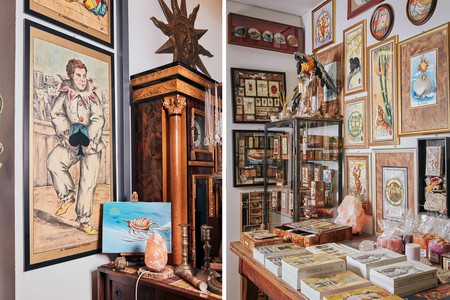 Menegazzi re-creates historical decks such as this one, as well as produces original works from his own imagination. His shop is a treasure trove of tarot imagery and ancient curiosities.

“Creating a deck is not easy,” he says. He starts with an idea. This could involve depicting “the most beautiful mushrooms” or shaping a narrative around a mannequin. He researches the subject extensively before starting on the artwork.

He is helped by his niece, art historian and researcher Cristina Dorsini. “I love working with my niece,” says Menegazzi. “She’s the future of the company, and together we have a double vision: art and history. We are proud to continue a Milanese tradition that began centuries ago.” 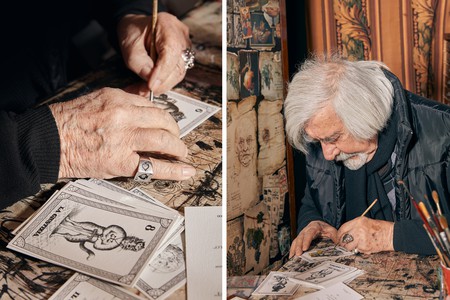 Menegazzi plans to pass his craft down to his niece, keeping the trade in the family | © Sara Magni / Culture Trip

Back at Fratelli Bonvini, the former family apartment above the shop now hosts exhibitions and workshops. Di Puma points excitedly to some paper collages by French design duo Atelier Bingo. “First, they assemble pieces of coloured paper on the surface. Then, they re-create it on the letterpress. Every artwork is truly unique.” With so many digital efficiency tools at our fingertips, the observation is a powerful reminder of the beauty and satisfaction in the handmade.