How to Spend the Perfect Weekend in Val D'Orcia, Italy 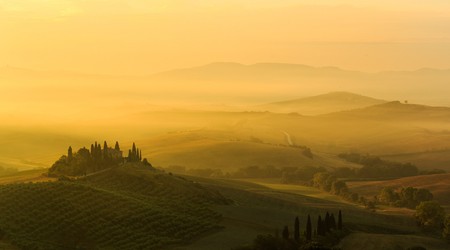 In a region as charming as Val d’Orcia, you’d have to try extremely hard to not have a wonderful weekend. With colorful streets surrounded by nature, romantic hilltop hamlets and natural hot springs, Val d’Orcia will not disappoint, even if you only have 48 hours.

The tours in Val d’Orcia usually start in Siena. From this medieval town, head down Via Cassia, first passing through the Crete Senesi area, which is characterised by a surreal and spectacular landscape. The first stop in Val d’Orcia is Buonconvento, a small walled hamlet considered among one of the most beautiful villages in Italy. It was a stop for travellers along the ancient Via Francigena, which connected Northern Europe to Rome in medieval times, and is also an important center for trade in the area. 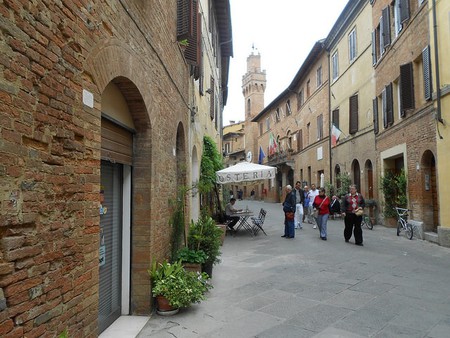 Val d’Orcia has many high-quality local products, especially the wines, including reds, such as Brunello di Montalcino and Vino Nobile of Montepulciano. Other specialties include, olive oil, saffron, mushrooms and truffles.

San Quirico d’Orcia is the next stop of your journey. Be sure to look for the road with endless cypress tress right before you enter the village. It is one of the most photographed panoramas of Tuscany. San Quirico was a very important stop in ancient times, as it sat right along the pilgrimage route Via Francigena. 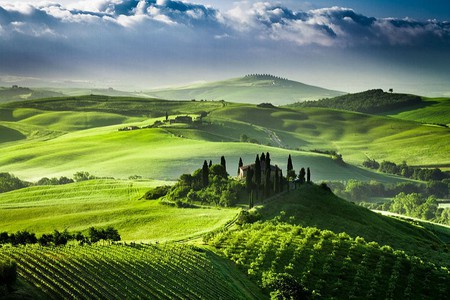 Sunrise in the Valley of San Quirico d’Orcia | © Yosika/Flickr

The surrounding countryside of San Quirico is simply terrific and is the area portrayed on many Tuscan postcards—solitary lines of trees, rolling hills and wheat fields. Just 10 minutes from the city center, it’s home to one of the most beautiful and most photographed chapels in the country, Cappella di Vitaleta, which is one of the main icons for the Val d’Orcia. It’s definitely a must-visit. 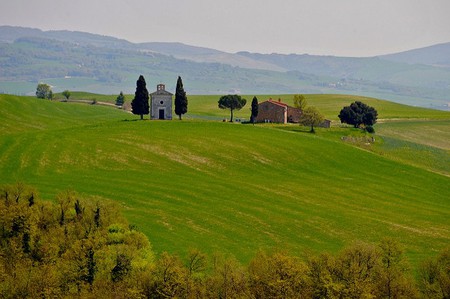 There is no better way to start your Sunday morning than with a relaxing thermal bath in the natural hot springs of Bagno Vignoni. The heart of this charming hamlet is quite magical with its ancient buildings surrounding the central swimming thermal water pool with ancient arcades. Although the pool is no longer open to the public, Bagno Vignoni and its spas are perfect for a relaxing holiday. You can also stick your feet in the warm water springs behind the main square down the hill. It is free. 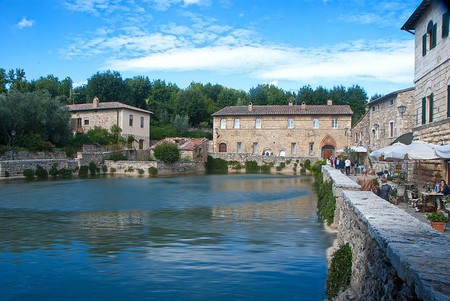 After a regenerating bath, it’s time to continue the tour. The small hilltop village of Pienza is an amazing hamlet with narrow streets, beautiful palaces, churches and buildings. The city has plenty of attractions, but the best part is undoubtedly the pecorino cheese, made of milk from sheep that are raised in the surrounding hills. Stop by the shops and buy some as a souvenir for your family and for yourself! Also make sure to walk around the walls behind the cathedral to enjoy fabulous views of the Val d’Orcia. 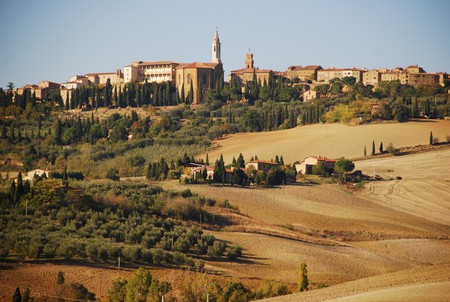 Last stop: Montepulciano. Technically, this town is only partially in the Val d’Orcia valley, but everyone who travels here should make sure to visit. Take a tour through the town to see the cobblestone streets, lovely squares and ancient buildings. Montepulciano will take your breath away. A word of advice—don’t forget to climb to the top of Palazzo Comunale for views of the surrounding hills, Duomo and red palaces. Remember that Montepulciano is home to some of the best Italian wines, so you can visit the wine shops in town, or follow a wine tasting itinerary around the city. 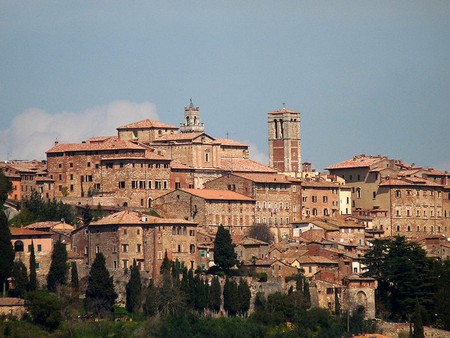 Montepulciano | © lo.tangelini/Flickr
Give us feedback