6 Habits You Pick up Living in Milan

Milan is often said to be the least ‘Italian’ city in the country, but for most foreigners, the Milanese daily rituals and lifestyle habits still feel distinctly Latin. Mostly revolving around food and symptomatic of a slower pace of life, it’s not surprising that new residents happily follow suit and adopt the Italian way. Here are some quirky habits you’re bound to pick up if you stay in Milan for a while.

Regular treats at the pasticceria

On on average week, how often do you visit a specialist bakery or pastry shop? Hardly ever, right? That would seem indulgent, besides there is probably only one nearby. Well, in Milan every street seems to have at least two pasticcerias, so when it’s time for a coffee (which is practically all the time in Italy!), it’s hard to resist a delicious baked treat to accompany it. Eating cake, biscuits and pastries for breakfast is also the norm here. Some pasticcerias are traditional and grand, transporting you to a bygone, more glamorous era, while others seem to be stuck in the 1970s.

Typically, they offer treats from all regions of Italy, but Neapolitan and Sicilian pastries seem to dominate: sfogliatelle (seashell-shaped filled pastry), baba au rhum (yeast cake with rum), Zeppole di San Giuseppe (fried dough with pastry cream and cherries), cannoli (Sicilian pastries filled with ricotta), to name a few.In addition, for every religious or national festival, there is a pastry or cake to accompany it, and of course, it’s important to sample these seasonal varieties. For example, handmade panettone (originally from Milan) in December, chiacchiere around Carnivale, fiadone at Easter. Longstanding and much-loved pasticceria in Milan include Cucchi, Cova, Gatullo, Marchesi and Panarello. 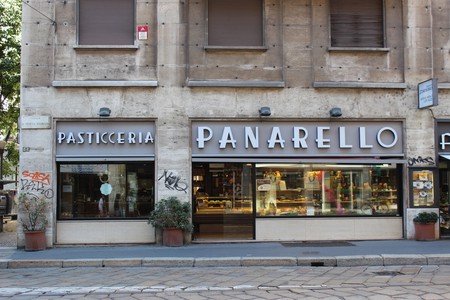 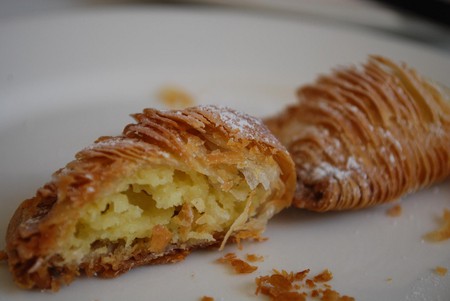 Visiting galleries and museums in the evening

A surprising amount of Milan’s major museum and art galleries are open late on select weeknights and at weekends. Often they are incredibly quiet at this time, so you can view the masterpieces virtually undisturbed and sometimes with the added bonus of free entry – several museums offer free entry in the last two hours before closing. Taking in some art before you head out to spend the night in a bar adds a new, cosmopolitan dimension to your week. The following all offer extended opening hours: Fondazione Prada, La Triennale, Museo Novecento, MUDEC, Palazzo Reale and Pirelli Hangar Bicocca. 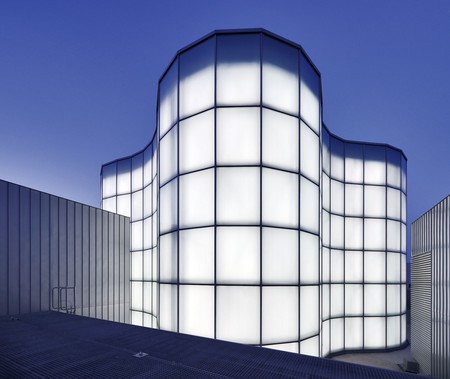 Native Milanese love to tell you that their city is frenetic and has a fast pace of life, yet the speed at the which they walk suggests otherwise. Unlike London or New York where dawdlers are practically knocked off the pavement by the stream of commuters hustling to work in the morning, in Milan, no one ever looks to be in a rush. At first, you find yourself tutting and huffing behind people in the metro, but eventually, you relax and adjust to a slower stride. Why rush? No one seems to be upset if you’re late!

As Italy’s financial and industrial capital, Milan has a reputation for being a city full of workers obsessed with issuing invoices and putting in long hours. But, the Milanese are still Italian and therefore, lunch is very important. You’ll find the weekday lunch break is a respected ritual. The concept of quickly eating a sandwich at your desk just doesn’t exist here and your boss won’t think any less of you if you actually take the full hour. At 1pm, everyone leaves the office and has lunch with their co-workers. Because the likes of Pret A Manger and Starbucks have yet to invade Italy (and let’s hope they don’t!), most people go to the local café or bar and actually sit down at a table. It makes for happier, better-nourished and more productive workers. Long live the lunch break! 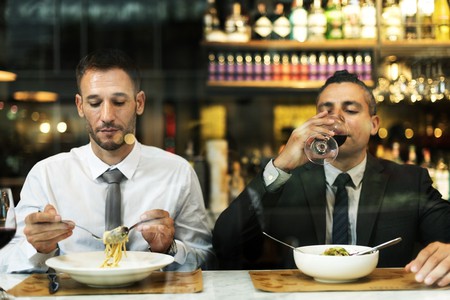 The concept of aperitivo hour took off in the 1920s in Milan, which is the birthplace of the bitter spirit Campari. You can enjoy aperitivo all over Italy, but in Milan, it’s a ritual and they do it best – between the hours of 6pm and 8pm, the whole city seems to be enjoying a spritz and nibbles. In theory, you’re just supposed to have one drink, then move on to dinner, but when your glass of wine or prosecco is served with delicious Sicilian nocellara olives, soft mortadella cheese and fresh bruschetta, it’s tempting to have another (and another) and suddenly, it’s time to call it a night. It certainly beats two pints of lager and a packet of crisps, which is the typical dinner substitute when you go for drinks after work in London! 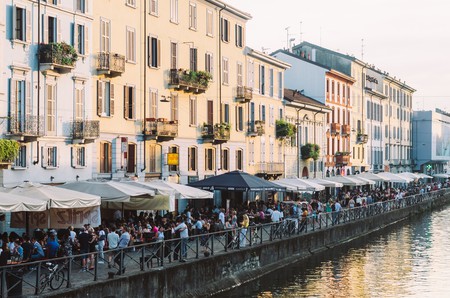 Escaping the city at weekends

Milan has one of the most enviable locations in Central Europe, situated between the Ligurian coastline, both the Alp and Dolomite mountain ranges, Piedmont wine country and many beautiful lakes. As a result, the weekend getaway options are endless. Milan’s most fortunate families will rent an apartment in the mountains for winter and spring, and a seaside or lakeside apartment during the summer. During June and July, before the mass exodus in August when the city is uncomfortably hot, escaping the city to go swimming or hiking is the only option. It’s a tough life! Check out our guide to the best day trips from Milan. 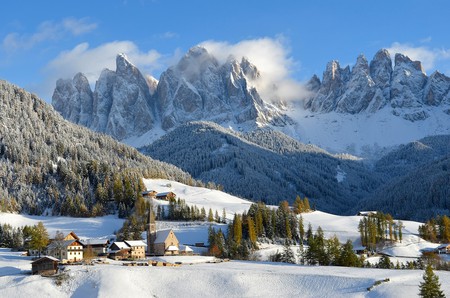 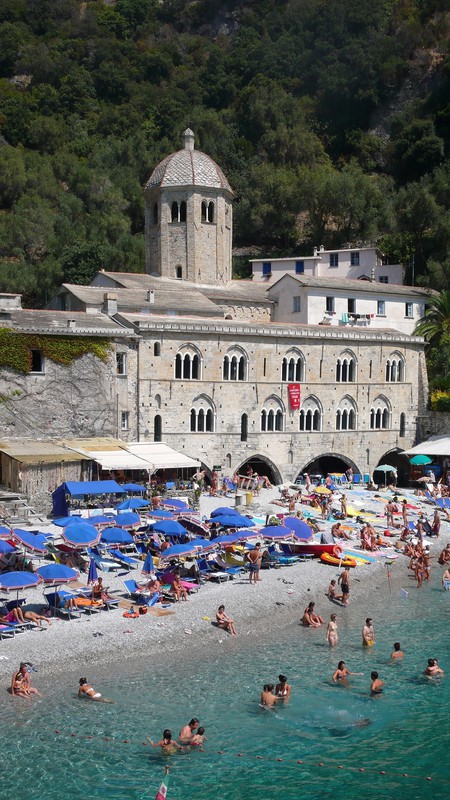