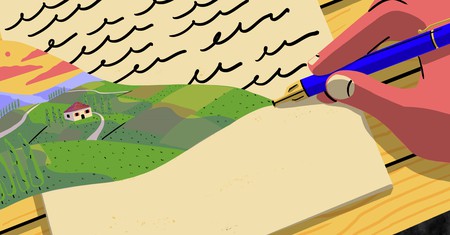 Italian is one of the world’s most beautiful languages. Remember that seduction scene in a Fish Called Wanda (1988)? Or how Gomez called his beloved Morticia ‘Cara Mia’ in the Addams Family? All of those elongated vowels, staccato constants and melodically rolled R’s make even the simplest of words sound much more romantic. Below is a list of 15 beautiful Italian words that we definitely need in English.

More of a concept than a word, it was created in the 16th century by Baldassare Castiglione in his work The Book of the Courtier. It means a kind of effortless elegance. To be truly sprezzatura, you should make sure you never look like you are trying too hard.

This word means ‘walk’ – but it is so much more than a late afternoon or an evening stroll. This walk is about seeing and being seen, and it happens in Italy’s biggest cities and smallest towns. There is often gelato involved. 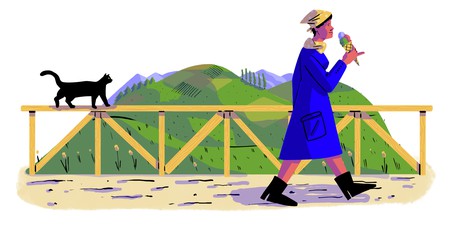 Meaning ‘and’, ‘so’ or ‘thus’, this is the most versatile of filler words. Italians use a long, drawn out allora at the start of a sentence to buy themselves a little time when they don’t know what to say.

Meaning ‘twilight’. It makes the ideal Instagram hashtag to describe that perfect shot of the golden or blue hour.

Baby animal, usually a puppy or kitten. The double ‘cc’ in Italian is pronounced like ‘ch’ in English, making this a wonderfully fun word to say. It is used as a term of endearment.

This means ‘breathtaking’. This literal word comes from mozzare, meaning to cut or chop off and fiato, meaning breath. It can be used when talking about a particularly beautiful work of art or a scenic view.

This means ‘maybe’. This word is used as an expression of hope like ‘I wish’ or ‘I hope so’. 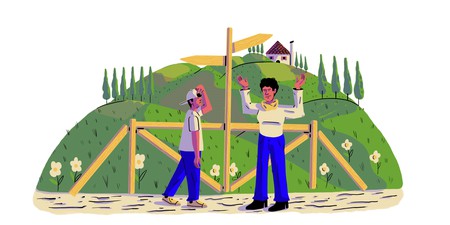 This means ‘who knows’. Always said with a dramatic shrug of the shoulders and a furrowed brow.

Yes, Italians really do use this declarative phrase in every-day conversation. It is used to express exasperation, fear, joy and excitement.

This means ‘bead stringer’, used mainly in Venice to describe women who string tiny glass seed beads that are made on the island of Murano.

From the Latin to ‘be well’. Used primarily in Rome as a greeting, this word falls between the formal buongiorno/arrivederci and the informal ciao.

Meaning ‘be back soon’. You will likely see this scribbled on a sign in a shop window. It can involve a break of anything from five minutes to five days.

This means ‘clever’. This is another example of a term that is more of a concept than an adjective, and is often used to describe a sly, crafty act like tax evasion or cutting in line. 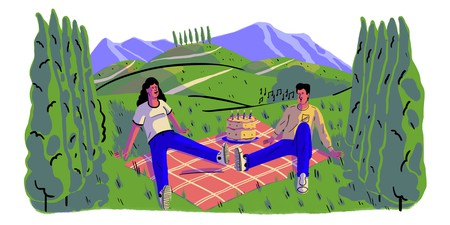 Meaning ‘best wishes’. This word is used to say (and sing) happy birthday, as well as saying Merry Christmas and Happy Easter.

Meaning ‘imagine’. Imagine is the technical translation of this word, but you will hear it used as ‘my pleasure’, or ‘don’t worry about it’.

Meaning ‘come on!’ The Roman version of the Italian word dai is said in two drawn out syllables, almost always in a shout.