Films That Will Make You Fall in Love With Rome 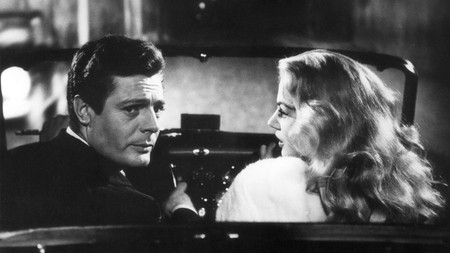 With locations ranging from Rome‘s Trevi Fountain to the Pantheon, we’ve selected 10 films that will make you fall head over heels in love with one of the most iconic cities in the world.

“Rome does not need to make culture. It is culture” – so said Federico Fellini, one of the finest Italian directors. Home to an eclectic cluster of Europe’s oldest streets as well as the Cinecittà film studios, the city of Rome is a perfect romantic fit for the silver screen.

Over the course of Rome’s extensive history, the city has witnessed its fair share of violence – something unflinchingly depicted in Roberto Rossellini’s Rome, Open City. The first Italian film to win the Grand Prize at the Cannes Film Festival, it deconstructs occupied Italy and attempts to make sense of the last years of the Second World War in relation to the city’s heritage. This is felt most acutely in an uncomfortable scene in which the execution of a priest is juxtaposed with the sight of St Peter’s Basilica, Rome’s monumental buildings creating a stark contrast to the harrowing contemporary realities. A dissection of a dark period in Italian history, this film is difficult viewing but worth the effort.

Following the Second World War and the collapse of Mussolini’s Fascist regime, Italian directors turned away from the grand themes of authority and historical fantasy, which had come to characterise culture under the Duce. This vision of the neorealism school achieved its apotheosis in The Bicycle Thieves, a gripping drama far removed from the familiar history and religion which imbues the medieval section of Rome. The city becomes a character in its own right in Bicycle Thieves, as Vittorio De Sica carefully frames his shots so that the characters appear to be constantly in the shadow of the historical architecture surrounding them. 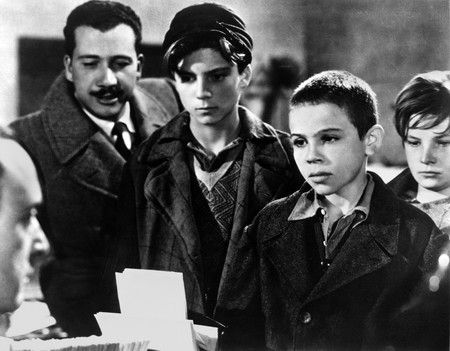 The reference point for many when it comes to Rome-based cinema, Roman Holiday was one of many films produced in the “Hollywood on the Tiber” movement, where American producers took advantage of lower costs and capitalised on the success of 1951’s Quo Vadis. With Audrey Hepburn and Gregory Peck in the leading roles, Roman Holiday is an established classic. Another famous scene is the sequence with the Bocca della Verità – or ‘Mouth of Truth’ – sculpture on the Santa Maria in Cosmedin church, providing elegant, timeless snapshots of Rome. 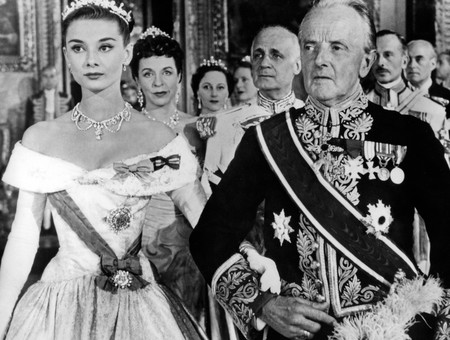 Federico Fellini’s Nights of Cabiria looks at Rome from the bottom-up as it follows a prostitute – Cabiria, played by the director’s wife Giulietta Masina – searching for true love through the city’s dark streets. Fellini’s Rome is less of a scenic, idyllic backdrop and more of a dynamic stage amongst which all of the characters must play individual parts. A film of profound depth and surprise, which never becomes mawkish, Nights of Cabiria is one of Fellini’s lesser-known but most poignant and beautiful films.

Arguably the Roman film par excellence, this is Fellini’s masterpiece, a three-hour investigation into what exactly the “sweet life” may be. The emergence of a new iconography, also represented by the influential character Paparazzo, is displayed in the Trevi Fountain scene, where Anita Ekberg adopts the pose which would decorate posters and walls for decades, baptising Marcello Mastroianni into a new world. Condemned by conservative groups at the time of its release, La Dolce Vita remains shocking and powerful today.

At once an acute piece of social commentary and a timeless moral fable, Il Boom‘s title relates to the post-war economic recovery which bolstered Italy from the 1950s to the 1970s. The protagonist is Giovanni Alberti, a building contractor who, in true Italian style, is committed to living beyond his means, which leads to a multitude of sumptuous banquets and social events. Alberti is played by Alberto Sordi, a fixture of commedia all’italiana, whose death in 2003 caused 250,000 people to descend on the centre of Rome for three days of mourning. 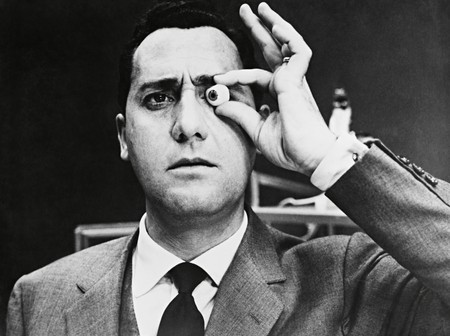 Considered to be the first giallo film – a genre of thrillers which usually feature a beautiful woman being stalked – The Girl Who Knew Too Much predicts the claustrophobia of Nicholas Roeg’s Don’t Look Now, albeit in a Roman rather than a Venetian setting. The Rome of giallo cinema is a labyrinth of paranoia and danger. The events which conspire to endanger Nora Davis, an American tourist, take place around the Spanish Steps, a cobbled stairway built in the 18th century to reach the Trinità dei Monti church. In the ensuring drama, Davis – played by Letícia Román – descends down her own symbolic spiral staircase, with little hope of salvation.

If it’s Roman architecture you’re after, then this divisive Peter Greenaway effort captures the best the city has to offer. From the sublime dinner party opening to ancient temples and the Pantheon, The Belly of the Architect will instantly make you want to get out and explore. The director often opts for lush visuals in favour of narrative structure, however, and there might be an awkward conversation that needs to be had when recommending the film to others. 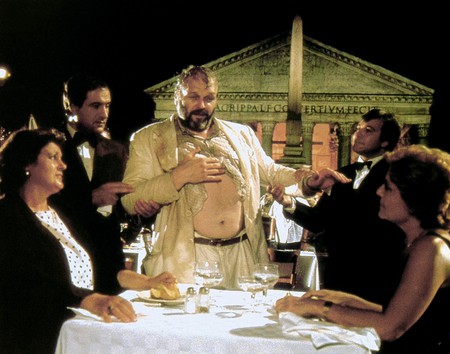 Brian Dennehy bares all, or at least his belly, in Peter Greenaway’s visually lush The Belly of an Architect (1987) | © AF archive / Alamy Stock Photo

While not the first film adaptation of Patricia Highsmith’s novel – that laurel goes to René Clément’s brilliant Plein Soleil (1960) – Anthony Minghella’s version provides perhaps the most fully-realised vision of Rome as paradise gone bad. Matt Damon gives the performance of a lifetime as the superficially charming yet latently sociopathic Ripley, but the city of Rome is the real star. Taking in the obligatory shots of scooter rides down narrow streets and stunning depictions of the city’s jazz clubs, Minghella portrays the whole Roman experience, both above and below ground.

Like Fellini, Paolo Sorrentino is a man who views Rome through the lens of an outsider, as he is originally from Naples. This helps explain the beautiful but almost excessively stylised portrayal of the city in his film, which gives it a hyper-real quality. Artistically portraying the hedonistic quality of Silvio Berlusconi’s Italy, the film has quickly become a classic in its native land, to the extent that the city of Rome has formed a tourist itinerary to visit its locations. It’s rich with shots of Rome’s architectural delights, but particularly enthralling is the unusual performance art in the shadow of the Parco degli Acquedotti and The Great Gatsby-style parties which Toni Servillo attends. Winner of Best Foreign Language Film at the 2013 Academy Awards, this is the most recent installment in Rome’s extensive cinematic history. 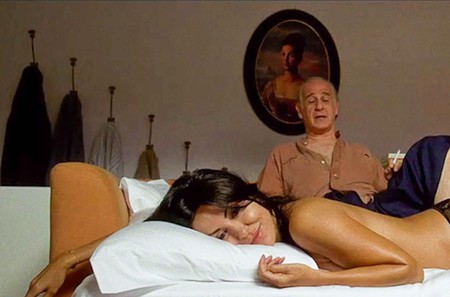