Dublin's Islands: Here's Everything You Need To Know 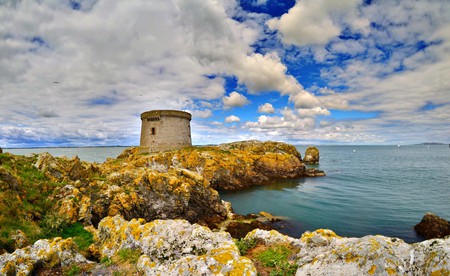 The coastline of County Dublin has a rich history, having been home to Middle Stone Age settlers, Viking trading posts, Early Christian worship sites and defence fortifications against the Napoleonic Wars. The islands off the shore played important roles in all of it – read on to discover how, and to find out the best way to experience them for yourself.

The north Dublin seaside town of Skerries has five islands waiting to be explored off its coastline, three of which have been grouped together and termed the Skerries Islands: Shenick Island, St. Patrick’s and Colt. The largest of the three, Shenick gets its name from the Irish word sionnach, meaning fox. Like several other Dublin islands, it is home to a Martello tower, built as a defence against a potential Napoleonic invasion of the British Empire during the 19th century.

St. Patrick’s has the remnants of a ruined Early Christian church, and is named for being one of a group of Irish locations that are reputed to be the landing site of St. Patrick when he first came to Ireland (Brittas Bay in County Wicklow is another). Unsurprisingly, the islands are best seen from Skerries. Shenick Island can be accessed on foot at low tide, and the Skerries Islands as a group are listed among the trips available on Skerries Sea Tours website. 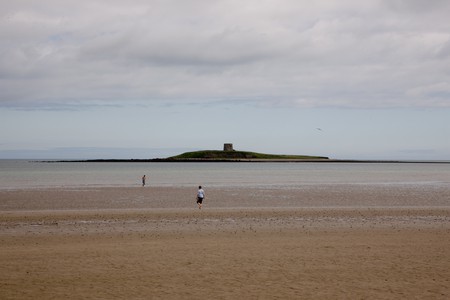 Rockabill Island – also off Skerries – is actually two islands separated by a channel. A lighthouse that was built on Rockabill using granite from the Mourne Mountains in County Down during the 1850s still stands here, and it had lightkeepers on duty until it became automated in the 1970s. Birdwatchers take note: The island is also the most important breeding colony in Europe for a bird called the Roseate Tern. Skerries Sea Tours run daily trips to Rockabill Lighthouse (1 hour and 15 minutes in duration). 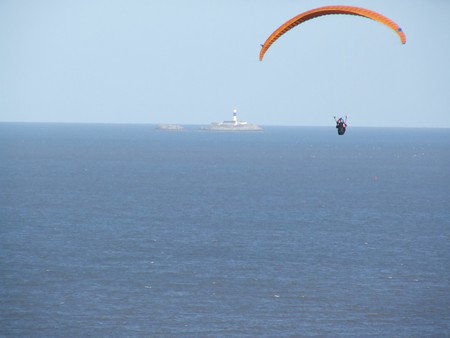 A hang glider in front of Rockabill Lighthouse | © Mark Devine/Flickr

Lying four kilometres from the mainland at Portrane, Dublin’s Lambay Island is both the largest island on the east coast and one of the country’s most easterly points. With an area of around two and a half square kilometres, Lambay is the site of a medieval castle designed by the British architect known for his country houses, Sir Edwin Landseer Lutyens. The design was a commission for Cecil Baring, who bought the island in 1904 as a romantic retreat for himself and his new wife, and both the island and the castle are still owned by the Baring family. From land, the best places to see Lambay Island are the beaches in Rush. Skerries Sea Tours visit the island daily (two hours in duration). 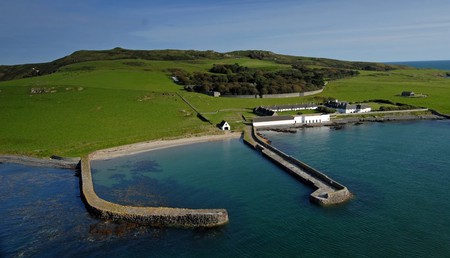 Ireland’s Eye got its name through mistranslation. In Celtic times it was known as Eria’s Island – Eria being a woman’s name at the time – but this was later confused with the Irish word for Ireland, Éirinn. The Viking word for island was ey, and so it ultimately came to be known as Ireland’s Eye. A monastery was founded on the island during the sixth century, and a ruined church dating back to 700AD can still be seen there. The island is also the site of one of Howth’s three 19th-century Martello towers – the best view of Ireland’s Eye can be seen from the village’s East Pier. Island Ferries take groups out to the island from Howth on weekends throughout the year (pre-booking is required during off season) and every day during summer.

A five-kilometre stretch of Dublin Bay, Bull Island is essentially a manmade island. Its beach – Dollymount Strand – was formed as a result of the building of the Great South Wall (finished in 1730) and the North Bull Wall (finished in 1825) – both constructed to reduce silting in the Port of Dublin. Though relatively young, it can boast the most nature conservation designations in all of Ireland, having been made the first National Bird Sanctuary in 1931. Impressively, it is apparently the only UNESCO Biosphere Reserve located entirely in a capital city in the world and has one of the finest sand dune systems in the country. Bull Island can be accessed via a bridge from the mainland. 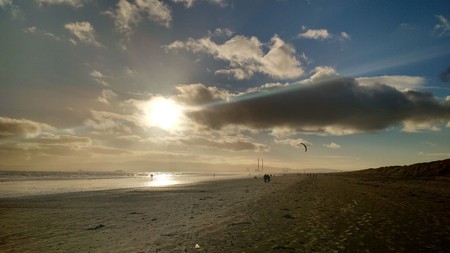 Situated south of Dún Laoghaire Harbour, Dalkey Island had residents as far back in history as the Middle Stone Age. Relics from this time, as well as from the Iron Age and Early Christian periods, were discovered there and are now on display in the National Museum of Ireland: Archaeology. There is a ruined Early Christian church on the island, not far from a Martello tower built during the early 1800s. Dalkey Island can be viewed from Killiney Hill, while Dalkey Castle & Heritage Centre run ferry trips to the island according to demand. 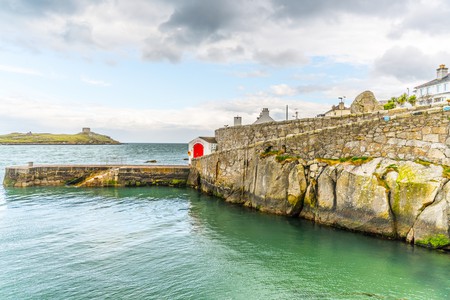 Coliemore Harbour, with Dalkey Island in the background | © William Murpyh/Flickr
Give us feedback