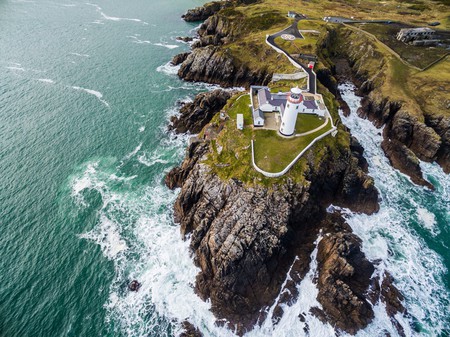 Spanning Ireland’s entire craggy west coast and taking in three of the country’s four farthest extremities, the Wild Atlantic Way tourist trail is 2,500 kilometres of raw scenic beauty. From soaring cliffs and peaceful horseshoe bays to rush-covered wetlands, these photos show why everyone should take this road trip at least once in their lifetime. 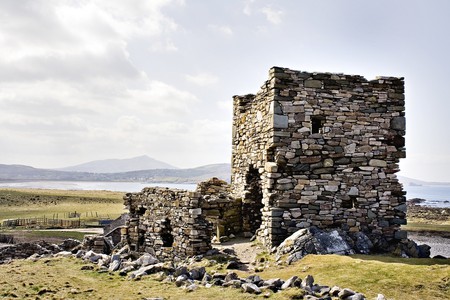 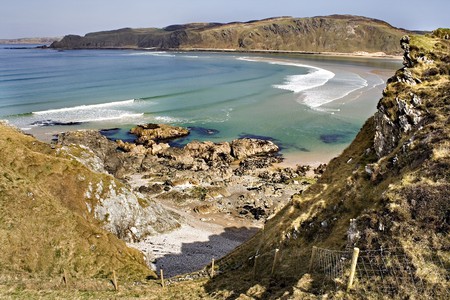 Part of Donegal’s Inishowen Peninsula, Malin Head is home to Banba’s Crown, Ireland’s most northerly point. As well as spectacular coastline and beaches, this historic area is home to a tower built by the British in 1805 to protect against French invasion, as well as lookout posts built during World War II. When conditions are right the coast of Scotland can sometimes be visible from Malin Head, as can the aurora borealis natural polar light show to the north. 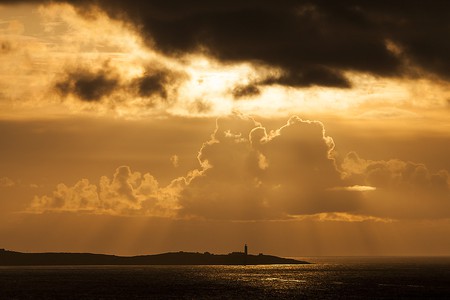 One of only three glacial fjords in Ireland, Lough Swilly is among Ireland’s most outstandingly beautiful areas. A Special Area of Conservation, the lough has some of the most important wetlands in the country for wildlife – birds in particular – and is hospitable to thousands of whooper swans and different types of geese. Its Fanad Head Lighthouse, built after a succession of shipwrecks, has been voted one of the most beautiful in the world. 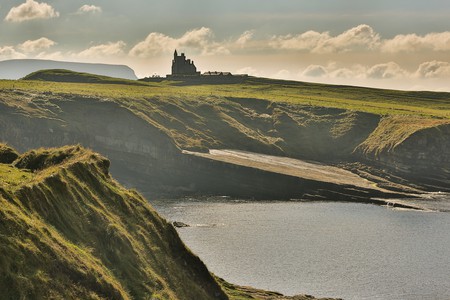 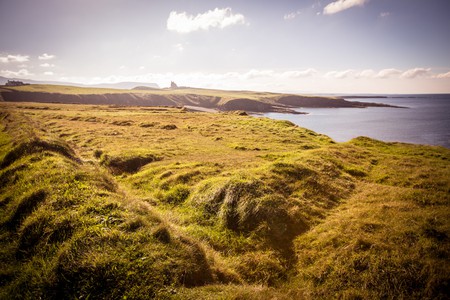 County Sligo is spoilt for beautiful locations, what with its inviting coastline and hike-able mountains. The Mullaghmore peninsula is a rugged big-wave surfing location made all the more spectacular by its commanding views of the iconic Ben Bulben rock formation. Marked by the baronial-style Classiebawn Castle, Mullaghmore is also home to a small seaside village of the same name. 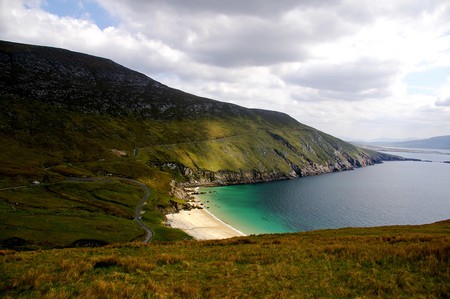 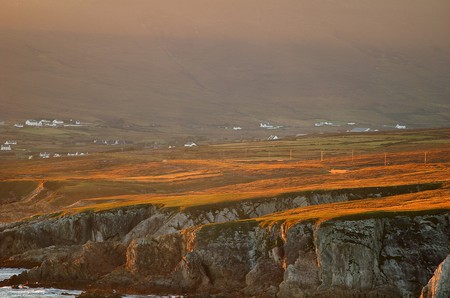 Situated off the coast of County Mayo, Achill is Ireland’s largest island, attached to the mainland by the Michael Davitt Bridge. Comprised of 87 per cent peat bog, Achill has a community of more than 500 native Irish speakers. The island boasts Europe’s third highest sea cliffs, as well as a Blue Flag beach at Keem Bay, where visitors can snorkel in the crystal clear waters pictured above. 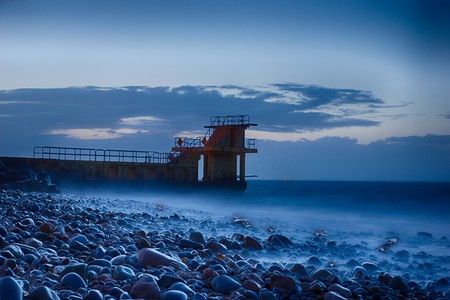 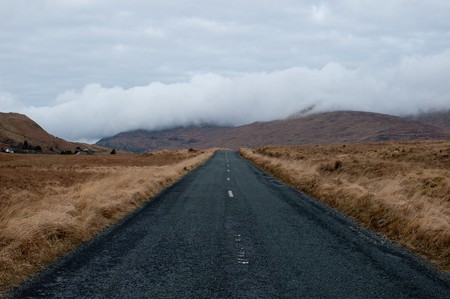 From Salthill’s picturesque diving pier to the wilds of Connemara, County Galway has more than its fair share of photogenic locales. Thanks to its abundant mountains and lakes and its low population rate, this area is paradise for wildlife. At the Connemara National Park close to Clifden, you will find a haven of purple moor grass, skylarks and Connemara ponies. 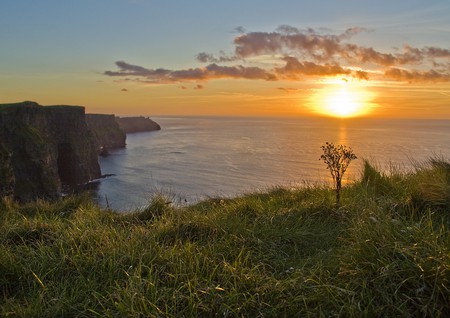 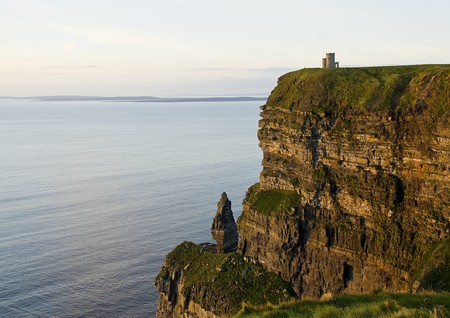 The Cliffs of Moher in Clare’s Burren region are among the most visited sites in the whole of Ireland. Reaching a height of 214 metres (702 feet) above sea level at their highest point, the shale and sandstone cliffs here overlook Galway Bay and the Aran Islands. Anyone with a fear of heights can easily absorb their majesty from a ferry trip below. 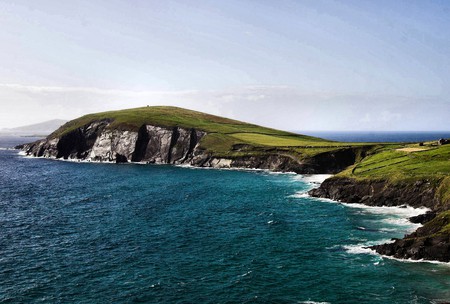 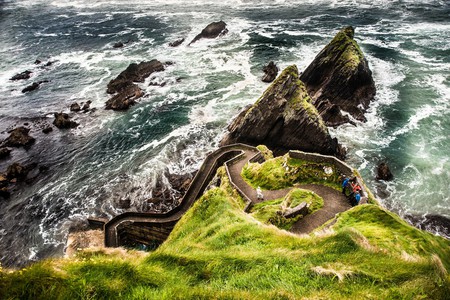 Named for its main town, the Dingle Peninsula in County Kerry is surrounded by the Atlantic Ocean and a range of mountains that has Ireland’s highest peak (Mount Brandon) outside the Macgillycuddy’s Reeks. Conor Pass, the country’s highest mountain pass, is also here, running from Dingle town to Brandon Bay at 410 metres above sea level. The peninsula’s westernmost region, Garraun Point, is also the most westerly point in mainland Ireland. 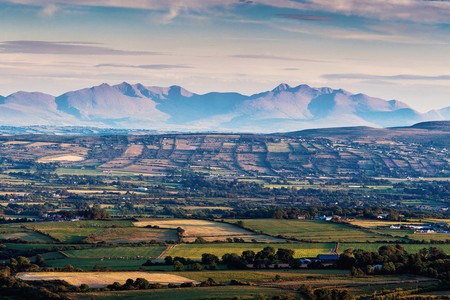 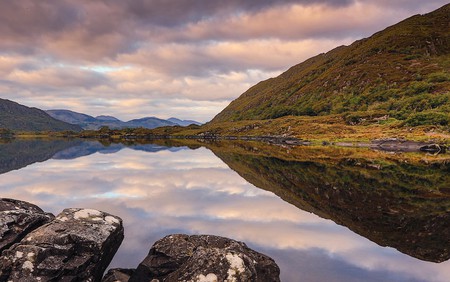 Kerry’s 179 kilometre circular tourist route around the Iveragh Peninsula, known as the Ring of Kerry, is often at the top of tourists’ Irish to-do lists, and these photographs make it clear why. Killarney National Park has some of Ireland’s most incredible views, from Lough Leane – the largest of the three Lakes of Killarney – to the Iron Age Staigue stone fort. 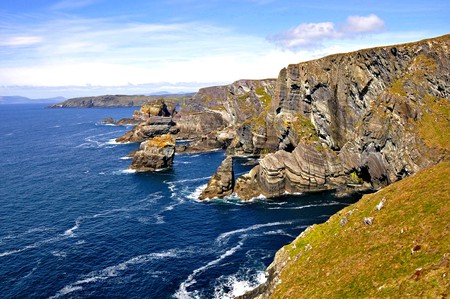 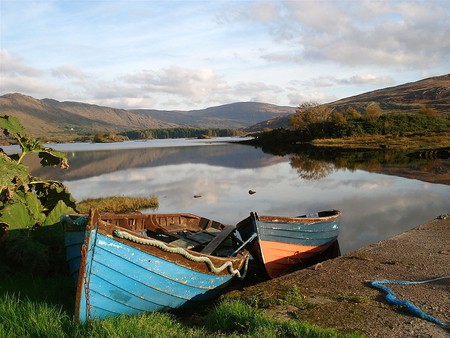 West Cork is the end point of the Wild Atlantic Way in the south, incorporating places like Mizen Head, the Beara Peninsula and culminating at the foodie town of Kinsale. Along the way you will pass through the picturesque Glengariff village – known as ‘The Natural Meeting Place’ for its impressive array of natural attractions.