10 Tips for Backpacking Across Ireland 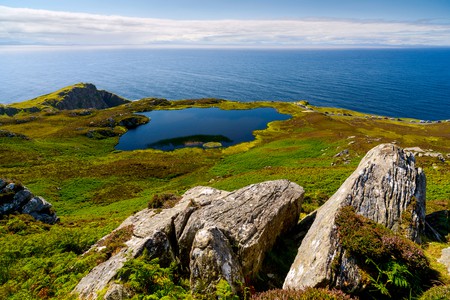 With an abundance of natural beauty to explore and a worldwide reputation for friendliness, Ireland is perfect for backpackers. The Emerald Isle is welcoming and relatively easy to navigate, but here are a few things any backpacker should bear in mind before they go.

As romantic as the idea of donning your backpack, booking a cheap Ryanair flight and heading to Ireland on a whim may be, you’ll be best served by putting some foresight into your trip. Like many other European countries, trains in Ireland can be incredibly expensive, but Irish Rail does good online deals on advanced tickets (especially mid-week). Although the word “itinerary” is definitely a death knell to spontaneity, a well-thought-out route will most likely work out significantly cheaper.

Consider more than one airport

Despite the vast majority of Ireland’s tourist traffic coming through Dublin – now Europe’s fastest-growing airport – there are several well-served alternative airports in the country. Cork Airport in the south, Shannon and Knock in the west and Belfast International Airport in the north are all convenient, and flying into one and out of another is worth considering if you are pressed for time, rather than looping back to Dublin.

Get the Galway Weather Report

Most people visiting Ireland will probably want to head west for at least a day, whether to see the Cliffs of Moher, to explore the colourful and creative city of Galway, to visit Yeats Country or just to try the seafood. The west is widely considered the jewel in Ireland’s crown, but as its exposed shores get the brunt of the country’s infamously high rainfall, it’s also the most vulnerable to being rained-out on the day of visiting. So even if you plan everything else to the letter, it would be good to leave this part of your trip semi-flexible if possible, so that you can choose the best day to go closer to the time. 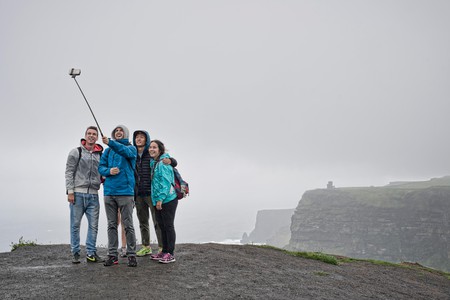 The Cliffs of Moher are often surrounded by fog, and groups of people taking selfies in the rain are a common sight | © CG7 Images / Alamy Stock Photo

Ireland’s tourist-centric shops often include emergency rain ponchos in their impulse-item racks, and crowds of overly optimistic visitors who have underestimated the rumours about the Irish weather can be seen wandering around Dublin inbrightly coloured, plastic-sheeted groups. Showers should always be expected, so a light raincoat with a hood and waterproof shoes are absolute must-pack items. Better to be safe than sorry (or wearing an emergency rain poncho). On the upside, a sunny day here somehow feels better than a sunny day anywhere else. Also, if you’re planning to stay in hostels don’t bring a sleeping bag, as they aren’t allowed.

If you’re lucky enough to be a student, make sure you bring your International Student Identity Card (ISIC) with you. Students are treated pretty well in Ireland – a valid student card here will provide the holder with good deals on clothing, food and even tickets to tourist attractions. Most importantly, it will entitle them to deals on most public transport.

Buses are often the least expensive way to get around in Ireland. The Bus Eireann national bus service covers an extensive number of intercity and regional routes – they’ve even launched a hop-on hop-off Open-Road ticket for tourists, providing three days of unlimited travel at a cost of €60 (£54). Routes covered include The Ancient East – incorporating Newgrange passage tomb, Trim Castle, Kilkenny City and a range of other historic sites – and the Wild Atlantic Way along the picturesque West Coast. Private bus companies such as JJ Kavanagh and GoBé also travel to a wide range of locations across Ireland at good prices.

History buff? Get a Heritage Card

Ireland has many ancient and historical attractions, with most now under the remit of the Office of Public Works (OPW). The OPW runs a scheme where visitors can purchase a €25 (£22.50) Heritage Card, which gives free access to all fee-paying heritage sites in Ireland managed by the state for a period of one year. Great for longer stays, this is well worth doing if you are planning to visit major Irish attractions such as Burren National Park, Glendalough, Skellig Michael or some of the country’s hundreds of castles. For a full list of the sites covered see the OPW website. 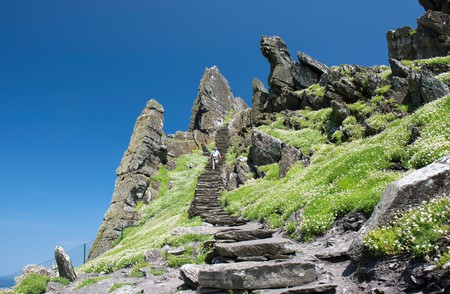 Skellig Michael is the site of a 6th- to 8th-century monastery and was a key filming location for ‘Star Wars: The Last Jedi’ | © Steve Tucker / Alamy Stock Photo

The pubs aren’t just for drinking

Ireland is well known for its drinking culture and nightlife, but the country’s many (many) pubs are good for more than just Guinness. Most Irish pubs serve food, especially traditional Irish dishes – some that you won’t find anywhere else. As an added bonus, their meals are usually reasonably priced compared to city-centre restaurants, so line your stomach with a good meal before the pints start flowing.

Hostels are a backpacker’s best friend for a reason – they’re easy on the wallet. They tend to geta bad rep for being loud, dirty or otherwise unpleasant, but most are clean and comfortable, and nowadays there’s a hostel for every kind of traveller. If you do your homework, Ireland has many hostels with handy facilities in good locations. In Dublin, Isaacs Hostel runs its own walking tours and free pizza nights, making it a sociable place from which to explore the city. The Generator Hostel in Smithfield, meanwhile, is more modern and slick, with appealing interiors. In Sligo, the nature-friendly Gyreum Eco-lodge perfectly merges into the landscape and overlooks the Lough Arrow Lake.

An Irish itinerary generally features the Ring of Kerry, Galway, Cork, Kilkenny and Dublin close to the top of the list, but the Northern Ireland doesn’t always get the attention it deserves. With the incredible Giant’s Causeway rock formation, fantastic cities including Belfast and Derry – the inaugural UK City of Culture in 2010 – and the spectacular Mourne Mountains all waiting to be discovered, the six counties of Northern Ireland shouldn’t be forgotten. 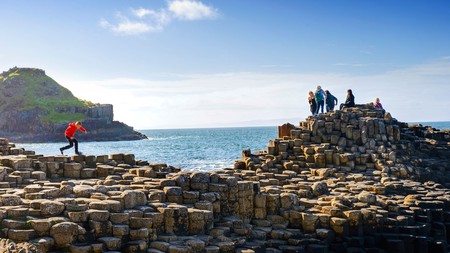 The Giant’s Causeway was formed as the result of an ancient volcanic eruption | © scenicireland.com / Christopher Hill Photographic / Alamy Stock Photo
Give us feedback