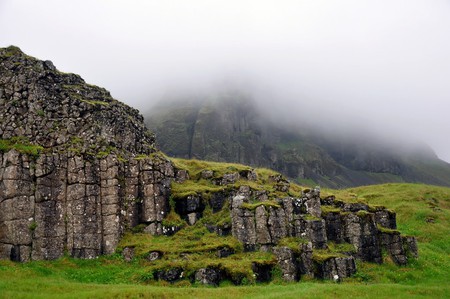 In the Reykjavik suburb of Hafnarfjörður, you can take a guided tour of a particular kind – an “elf walk”. This harbour town is supposedly the capital of the elves in Iceland and the cliff face Hamarinn is the home of the King and Queen elf. It is often said that more than half of Icelanders either believe in elves or believe they could exist. Everyone knows of the case of the road being built through a town in Iceland that was also a well-known elf habitation. The equipment went awry until a seer was asked to speak on the elves’ behalf. The road was eventually moved so that it circumnavigated the elf habitat. 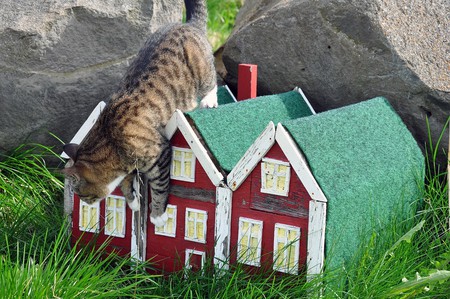 Cat hanging out by the elf house | © Jennifer Boyer/Flickr

Christmas time in Iceland is all about the 13 Yule Lads, a type of Christmas elf, or sometimes they are just referred to as the 13 Santas. The Yule Lads are prankster brothers with names like Door Slammer, Sausage Swiper, and Candle Stealer. Their mother is a giantess who lives in the mountain with a mean and fowl cat who will eat any children who do not receive new clothes for Christmas. The legend goes that the 13 Yule Lads depart the mountain one at a time in the 13 days before Christmas. Once all the Lads are present in the house and wreaking havoc, they leave one by one again. On the last night, January 6th, bonfires are lit to celebrate their return to the mountain. During the holidays, it is said that most elves are in search of new homes so it is probably a good time to spot them.

Elves in Icelandic are called alfar and are thought to be quite small in stature, live outdoors, and are of the silent type. There is another group of mythical beings whose distinction from alfar in general is unknown. This other group is called huldufólk or Hidden People, and are also outdoor dwellers. Some Icelanders, especially in Hafnarfjörður, are known to leave candles out for the elves as they supposedly hold parties late into the night. Whether serious business or not, celebrating a nature deity seems to only create a sense of care for the environment, and with such a gorgeous landscape, it comes as no surprise.