The Top 10 Things To See And Do In Akureyri, Iceland

Iceland’s second largest town, Akureyri is considered by many to be the capital of the country’s North. Some 18,000 people live here, so by most European standards it is hardly a city and more of a town, but it has some exciting sightseeing options and beautiful natural surroundings. Read our guide to the top sights and activities in and around Akureyri.

Whale-watching is one of the most important tourist activities on this part of the island, as the proximity to Arctic waters means that a lot of different whale species are swimming in the area, from the hunchback to majestic blue whales. Going on a whale-watching trip can take up a pretty large part of the day, since most tours last for around three hours. Most companies also provide extra clothing for their clients, meaning that they can sit back and enjoy the trip without having to worry about the rain or the cold winds. 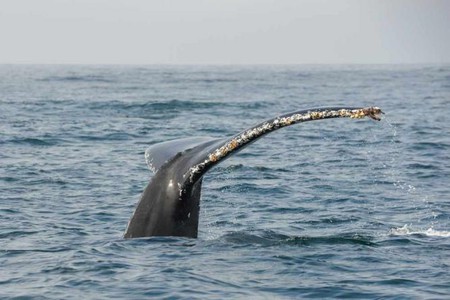 These are the world’s northernmost botanical gardens, founded in 1912, and one of Akureyri’s gems. The gardens are known for their extensive plant collection, encompassing almost every known species in Iceland as well as thousands from overseas. Beautiful paths lead visitors around it and provide for wonderful scenery. The gardens are free to visit; a great plan for one of Iceland’s sunnier days.

This gift shop sells Christmas souvenirs, food and decorations throughout the year. It is free to visit, so its a great stop when wandering around Akureyri, and visitors might even find something that they want to take home. From candied apples to Belgian waffles and malt, everyone will get in the Christmas mood when browsing the items at this store, no matter what time of year it is. There is also a Christmas garden at the back, which children are sure to love.

Godafoss, or ‘the Gods’ waterfall’, is a beautiful natural creation close to Akureyri. Its name derives from an historical episode in which the ruler of the region decided to dump all of the Icelandic pagan statuettes and symbols into the waterfall to symbolize the fact that they were leaving behind that faith and turning to Christianity. The waterfall is easily accessible from a nearby car park, so not much walking is necessary to enjoy the magnificent views.

Akureyri’s church might seem bizarre at first sight, but it is quite representative of Icelandic architecture. The basalt columns can be seen around many towns and cities on this island, since it is a locally sourced material. The church is located on top of a hill, so even though it is a slight effort to climb the stairs leading to it, the view of the town and harbor from the top is worth it. The interior is simple yet strikingly pleasant, and the view from up close of the exterior is also very intriguing.

Swim at the Akureyri pool

If Icelanders have one thing nailed, it is definitely swimming pools and hot tubs. The country has an astounding number of them scattered everywhere, from the bustling capital city to the smallest towns and villages; and Akureyri, of course, has its fair share of swimming areas. The town’s main pool, located behind the church, costs a few hundred kronur, which is a pretty modest price. Upon entering, travellers will be able to leave their worries behind and soak in one of the hot pools or relax in a steam room.

Akureyri is a great destination for skiing, and many Icelanders come here during the winter months to enjoy the great ski tracks. Hlíðarfjall, Akureyri’s ski resort, is one of the best in the country, and is open up to 180 days every year, which is much more than the resorts near Rekyjavik. Some slopes are up to 700 meters high, making for a great adventure, and the new and improved ski lift makes the experience as swift as possible.

Go on a Northern Lights tour

The Northern Lights are one of the major reasons behind tourism in Iceland, since tourists flock here to observe this natural wonder throughout the winter months, despite the harsh weather conditions. Taking a tour to see them in Akureyri is a great and safe way of trying to see this phenomenon, since Akureyri is very far north and does not have a huge population, the probability of seeing them from here is higher than in other areas around Reykjavik. 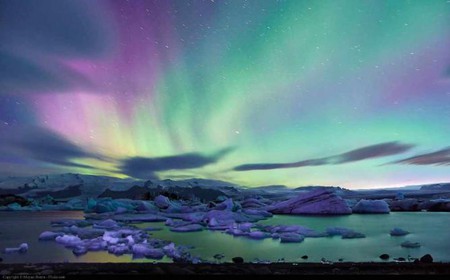 Museum
Facebook
Email
Twitter
Pinterest
Copy link
Share
Map View
This museum is quite small, but it is nevertheless fascinating. It hosts different exhibitions which change relatively often, so visitors never know what to expect, as the work on show can vary from contemporary art to fashion exhibits. The permanent collection has a variety of Icelandic maps, and some objects explaining Akureyri’s history, with English explanations for the most part, so visitors will be able to get some background information on this part of the island.
Open In Google Maps
Aðalstræti, Akureyri, Iceland
+3544624162
Visit Website
Give us feedback 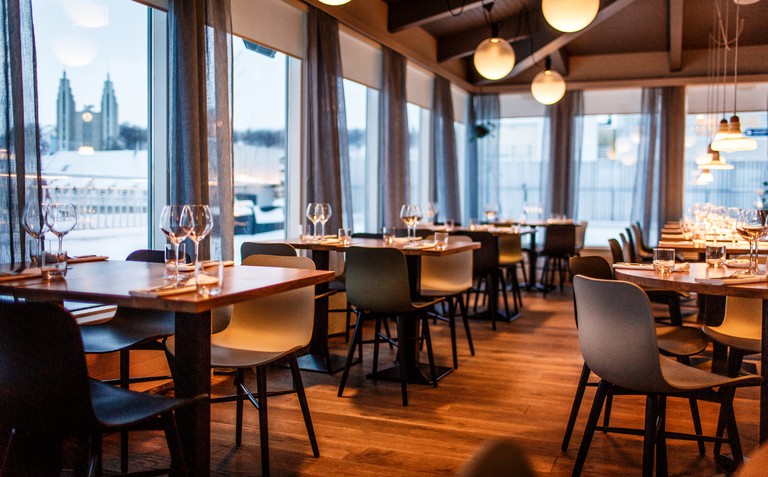 Strikid | © Strikid
This fabulous rooftop restaurant with some magnificent views of the fjord that passes through Akureyri; Strikið. It is one of the city’s best restaurants, classy and sophisticated yet with a pretty laid-back atmosphere. Brave travellers can sit outside on the terrace, whilst others might choose to stay in the tastefully decorated indoor area. Visitors will be able to enjoy dishes such as a flavorsome linguine and shrimp pasta, exotic sushi, raw whale, fish or BBQ turkey sandwiches, all delicious and served with panache.
Open In Google Maps
14 Skipagata, Akureyri, Iceland
+3544627100
Visit Website
Give us feedback