The Most Spectacular Places to Cycle in Iceland 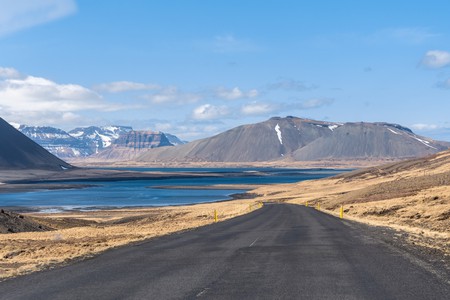 The reward of traveling around Iceland on your bicycle is well worth the challenging conditions of both the weather and roads you may face. From the main Ring Road, which is the highway circumnavigating the island, to the highland desert in the center, Iceland’s various landscapes of awe-inspiring nature will be even more intimate when experienced from the open air of your bicycle. Be one with the weather in this spectacular places to cycle in Iceland.

While Reykjavík is not the most cycle-friendly city, there are a few paths worth venturing that take in some of the best views of the city. There is a coastal path you can ride for almost the entire length of the urban area. From Harpa concert hall in downtown Reykjavík, for example, ride along the coastal path heading towards the peninsula of Seltjarnarnes to the West. At the tip of the peninsula is a great bird-watching reserve that continues down the coast towards Nauthólsvík, a beach area where the water is heated geothermally. If you are lucky, the breeze will be at your back on this mostly flat cycling path around the city (approximately 20km), depending on where you pick it up.

The rugged Westfjörds in the Northwest of Iceland offer a variety of things to explore, from waterfalls to fjörds cut deeply into the mountains. The Svalvogar Circuit, a 49km circular route beginning and ending in Þingeyri, is a popular route often called ‘the dream route’ – although there are parts wholly unsuited to bicycles. Ride along the exposed coastal path towards the cliff next to Svalvogar lighthouse and continue to Stapadalur where the route becomes a stone beach, where the waves will spray you as they crash against the low-lying rocks. Best enjoyed on a mountain bike and during low tide, this beautiful route between the fjörds Arnarfjörður and Dýrafjörður is one of a kind. 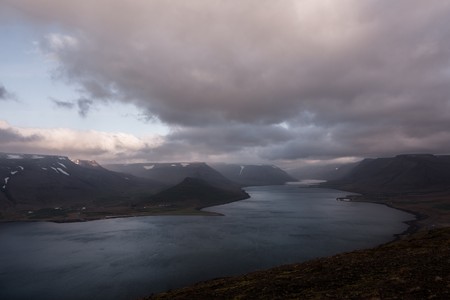 The Kjölur road (F35), 237km long and traversing through the Highlands, is a popular option. The route takes you between two glaciers in the vast volcanic landscape. Be prepared for gravel roads, as many roads in the highland desert in the center of Iceland have not been paved. It is also advised not to travel alone into the remote interior as there can be swift-moving rivers to cross. The sometimes rugged roads may also require a bicycle prepared to absorb shock. 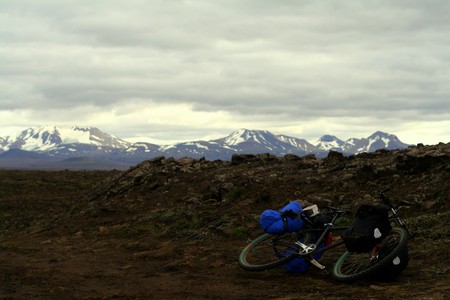 This Western peninsula is only a few hours from Reykjavík by bus or car. Enjoy sweeping views of the majestic Snæfellsjökull glacier at the peninsula’s tip, the same glacier where Jules Verne’s Journey to the Center of the Earth takes place. There are also hidden geothermal pools along the road and adorable villages such as Stykkishólmur to explore. The territory is rich in geological and cultural history, which this tour company outlines in a week long guided journey.

Things to keep in mind:

Bike paths are rare outside of urban centers so be prepared to share the sometimes hilly roads with motor vehicles. As well, the extreme terrain creates blind rises and blind turns in the roads.

There can be great distances between urban areas so be prepared with basic maintenance equipment for your bicycle, as well as communication and mapping equipment.

Icelandic nature is very delicate and bikes can easily damage fragile moss and other flora. Please carry your bicycle across the terrain in sensitive areas.

Resources for cycling in Iceland:

The bike rental and repair shop, Orninn, is a great resource for equipment and advice. One should always be informed about the weather in Iceland as it can change very quickly and drastically. Check out the Icelandic Meteorological Office website before your trip. Likewise, this website of The Icelandic Road and Coastal Administration offers updated information on road conditions.