The Best Icelandic Desserts You Need To Try 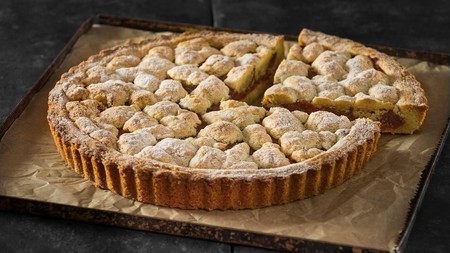 Icelandic people love a sweet treat, and often make use of rhubarb in their desserts | © Simon Reddy / Alamy Stock Photo

Iceland is a volcanic Nordic country home to 330,000 people. The island’s history is shaped by Norwegian farmers who first settled in the late 9th century, and the remoteness of the island and scarcity of sunlight – particularly during the winter months – has led to an independent culture and way of life. Traditions have been passed down through generations, including recipes for delicious desserts. Here are the dishes you need to try.

A common ingredient in many popular Icelandic desserts is skyr (heavy yoghurt), as well as rjómi (heavy cream), explains Grégory Cattaneo, a sales manager in the travel industry from Iceland. This ancient yoghurt, sometimes referred to as a cheese, “gives a unique taste and consistency to our desserts,” according to Grégory, who regularly posts about Icelandic food on Instagram.

The Slow Food Foundation says this dairy product, which is high in protein, was originally made from sheep’s milk: “It was already an integral part of the diet of Iceland’s first settlers over a thousand years ago, and Icelandic families have been making it at home since time immemorial. The cheese is mentioned in medieval sagas, and traces have been found during the archaeological excavation of medieval farms.” 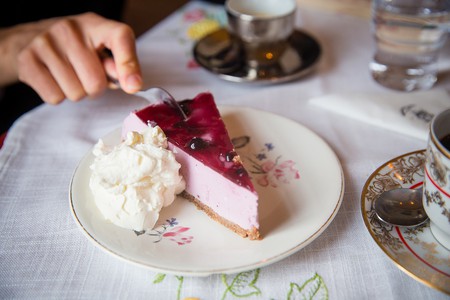 Today, skyr is made exclusively from cow’s milk and is usually served with blueberries and a biscuit base, similar to a cheesecake.

German food writer and cookbook author Ursula Jäger fell in love with Icelandic cuisine when she first visited the country in 2004. She says her favourite memory of eating this Icelandic version of cheesecake was with a friend looking at the dramatic cliffs and waterfalls of the Westfjords: “We made skyrterta in a plastic bowl, only with biscuit crumbs, vanilla skyr and cherry groats (cherries and whole grains), which we ate in nature afterwards.” Tasting Table has a quick and easy recipe to follow. 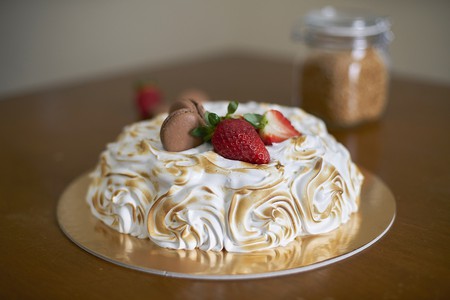 Meringue is much loved by the Icelandic people and can be found in many cookie recipes. Auður Ösp, the co-founder of I love Reykjavik blog says Iceland’s favourite cookie is the lakkrís toppar, a bite-sized meringue filled with chocolate and liquorice.

She says the messiest and most delicious way to enjoy these “sugar-comatose-inducing creations” is with soft-serve ice cream dipped in chocolate. Another variation of this holiday delight is marens-kornflexkökur, a chocolate meringue cookie with cornflakes. For these sweet treats, try the recipe here.

The secret to a long-lasting marriage might be this cake in Iceland – it’s easy to make and gets better the longer you keep it, says Ursula. Known as the Marriage Cake, or hjónabandssæla in Icelandic, this cake uses oatmeal and flour in the base and usually has a filling of rhubarb jam. According to travel blogger Adam Biernat, who shares his own recipe here, rhubarb “tastes like summer in Iceland.” He says this is Iceland’s favourite plant, as it grows everywhere. Technically a vegetable, rhubarb is a common ingredient in many Icelandic desserts. 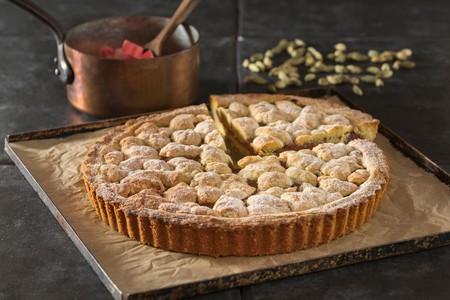 Some historic traditions of baking have evolved into modern desserts in Iceland. For instance, rye bread was a staple back in the day, as rye grains were cheap. According to the Iceland Food Centre, a website for Icelandic food culture and recipes, rye bread in Iceland was traditionally steamed in pots at a low temperature for a long period: “Rúgbrauð is a popular bread to eat with other food, its sweetness counters sour, smoked or bland food.” A modern version of this Icelandic table staple is rye bread ice cream, served with rhubarb syrup. The popular Café Loki in Reykjavík is famous for this version.

Icelandic people also love chocolate, and this features in a variety of popular desserts. Ursula says this cake should be enjoyed in small portions, as “it’s powerful but very tasty.” Her recipe includes chocolate, coffee, sugar, butter and eggs, and almond meal instead of flour. 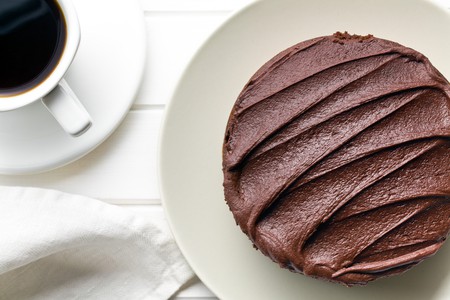 Rich and delicious, Iceland’s chocolate cake is definitely worth a try | | © HERA FOOD / Alamy Stock Photo
Give us feedback