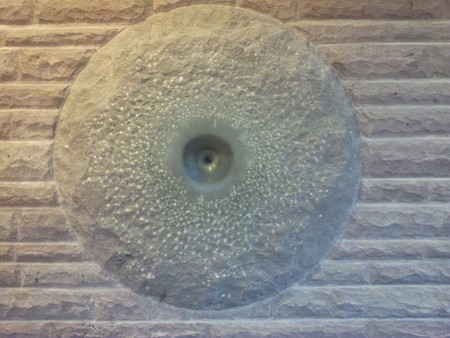 Would you want to know more? | © Erin Honeycutt

Ólöf Nordal (1961- ) is known for many of her works in public spaces, which is fitting as her subject matter is often commenting on the environmental-turned-cultural void in Iceland. She also captures Iceland’s natural resources in relation to foreign cultures and how Icelandic culture is in turn shaped by that exchange.

Geirfugl (Great Auk), 1998, a life-sized aluminum sculpture of a bird that sits on one of Skerjafjörður’s rocks near the Domestic Airport in Reykjavik. This public sculpture echoes a sad event when the very last pair of great auks were hunted for monetary gain in 1844. 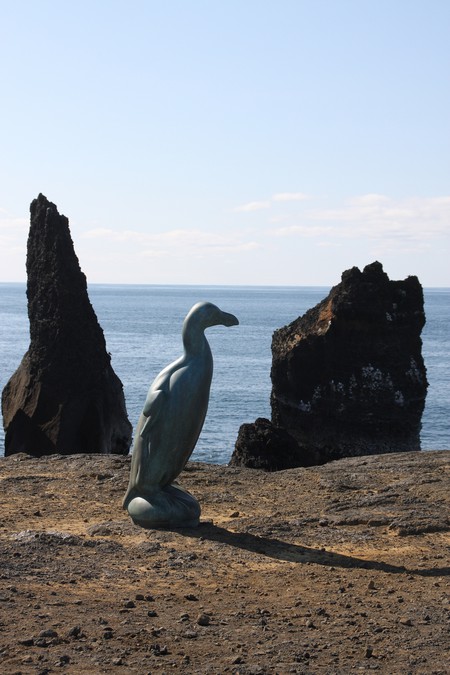 Nearby, see and experience another public work on the tip of Seltjarnarnes Peninsula in the form of a geothermal foot bath titled Kvika (Cupstone), 2005. Go barefoot and sit on the sculpture while taking in the sight of Mount Esja across the bay, the landscape, and coercing another layer of experience with the landscape. 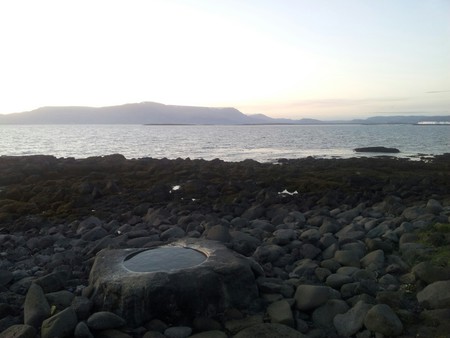 Kvika | Courtesy of the author

Þúfa, (Tussock), 2014, is a man-made hill 26 meters (85.3 feet) in diameter and eight meters (around 26.2 feet) high. With a core consisting of about 4,500 tons of gravel and a dry stone wall, it shapes the hill covered in turf. Þúfa is one of the biggest artworks ever made in Iceland and is a landmark for the city. With stone steps that wind around the hill all the way to a top, it makes a great walking meditation on the landscape and surrounding view of Mount Esja and the North Atlantic. On the top of the hill is a small shed typical of the kind that is used for drying fish. Þúfa was commissioned by Iceland’s largest fishing company, HB Grandi, and Faxaflóahafnir (Associated Icelandic Ports) and is located next to HB Grandi’s processing plant close to Reykjavik’s harbor. 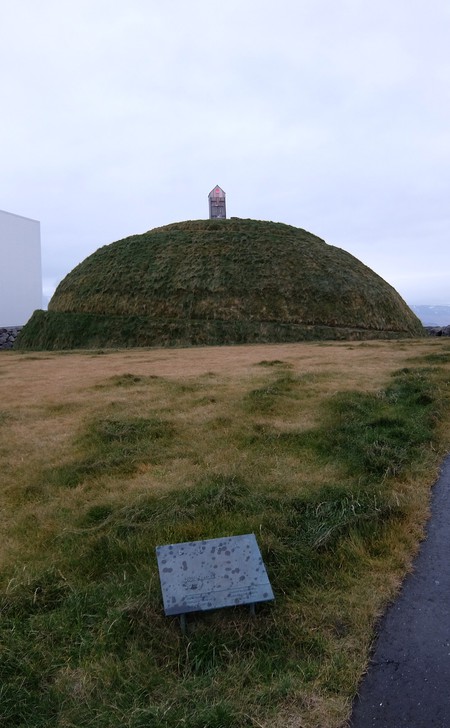 Located within Iceland’s Parliament building in downtown Reykjavik, Althingi, is Vituð ér enn – eða hvat?, 2002. The wall installation is made of locally-sourced Greystone with a voice whispering lines from the Poetic Edda emitting from the work’s oval-stone center. The title is an often repeated phrase in Völuspá, a chapter of the Poetic Edda, which roughly translates to, “Do you still want to know more?” The line follows a description of a serpent which gnaws on the roots of the world tree, Yggdrasill.