Iceland vs Greenland: Which is the Best Country to See the Northern Lights? 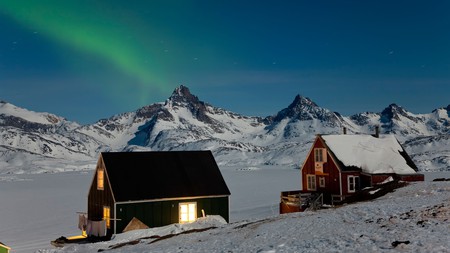 If you’re seeking the ethereal glow of the Northern Lights, few places on Earth offer the experience like Iceland and Greenland. Their staggering landscapes and affinity for adventure tours means you can witness the aurora borealis on top of glaciers, fjords or even while soaking in a hot spring.

If you’re looking to blend a Northern Lights sighting with a soak in the Giljaböð hot spring, you can do just that on our five-day, exclusive Icelandic TRIP, organised by Culture Trip.

Coined by Galileo in 1619, the aurora borealis is named for the Roman goddess of dawn and the Greek name for the north wind. It’s a natural phenomenon, caused by solar wind disturbances in the Earth’s magnetic field, visible to the naked eye as distinctive green streams of light that dance across the Arctic sky.

The Northern Lights appear near the Arctic Circle, from Scotland to Canada to Finland. Their appearance depends on local weather conditions, cloud cover and light pollution, which means there is no single best place to see the Northern Lights. However, some sites in both Iceland and Greenland offer you better odds than others, thanks to their climate and relative remoteness. So should you visit Iceland or Greenland for Northern Lights sightings? Read on for top tips on how to see this elusive marvel in each country, and where to go for an unforgettable night of aurora-hunting.

When can you see the Northern Lights in Iceland?

From the rugged Highland interior, with mountains and lava fields, to the green belt of coastline, broken by miraculous fjords, the Land of Fire and Ice is an astounding backdrop for a natural light show. The best time to see the Northern Lights here is from September to April, with specialised tours available across the country.

Where can you see the Northern Lights in Iceland?

If you don’t plan on staying in Iceland for long, it is possible to see the Northern Lights in Reykjavik if you’re lucky; your best bet is to go to Grótta, an old lighthouse with a geothermal pool on the northwesternmost tip of the capital. But for the best chance of seeing the lights, choose one of the more remote destinations below. 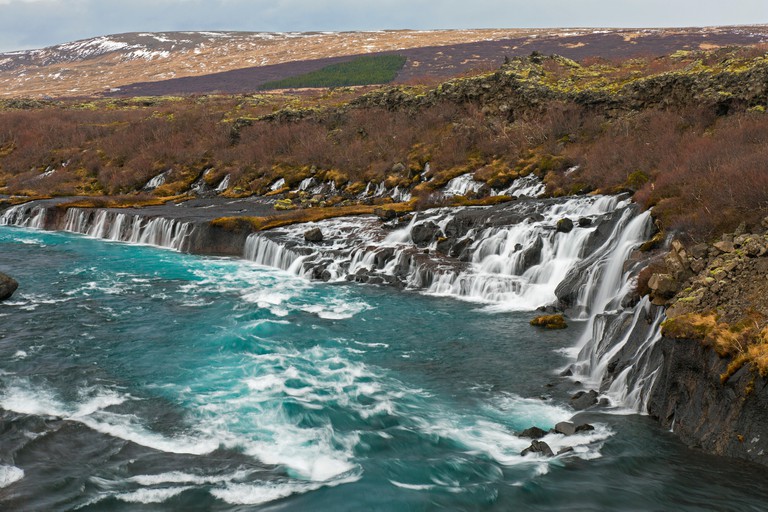 This fjord in the west of Iceland has been inhabited since the time of settlement, and was home to events in the Icelandic sagas. Steeped in such legends, the region combines epic history with a landscape that surges with lava fields, hot springs and waterfalls. 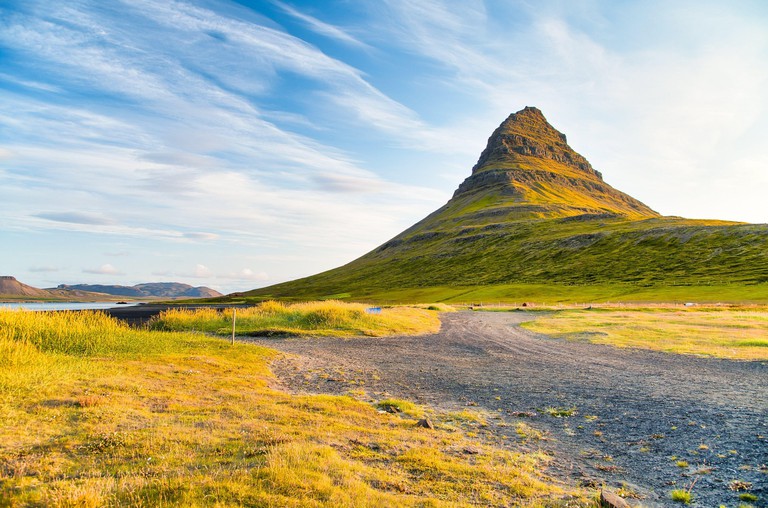 Dramatic and distinct, Kirkjufell (Church Mountain) is the most photographed peak in Iceland. It’s found by the coast on the western Snæfellsnes Peninsula, and you might recognise its emblematic shape from Game of Thrones. With a glittering lake at its foot and a nearby three-pronged waterfall, this mountain yields unparalleled reflective panoramas for your aurora-seeking snapshots. 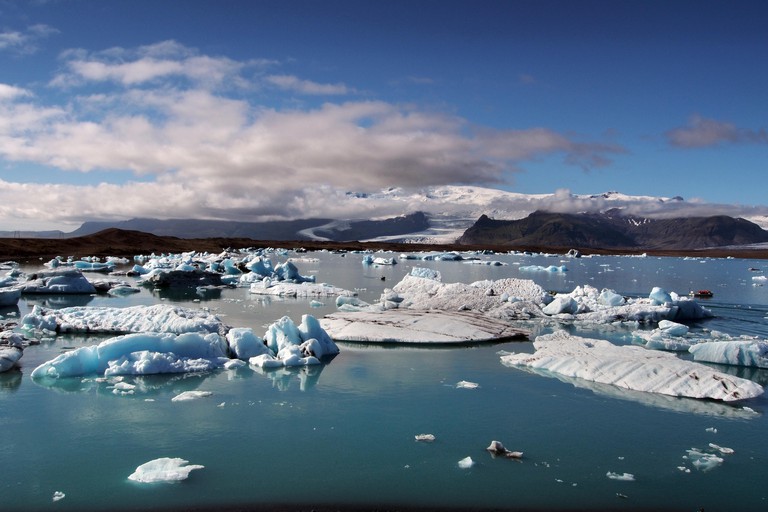 A glacial lake inhabited by drifting blue icebergs, Jökulsárlón is a spectacle hard to surpass. From the lagoon, this ghostly procession idles out to sea, where its members are polished by the North Atlantic waves and washed ashore on the jet-black sands of nearby Breiðamerkursandur. Here, you’ll find these ice sculptures glittering in the sun, having earned their resting place the nickname Diamond Beach. On clear nights, this surreal region is host to aurora skies.

When can you see the Northern Lights in Greenland?

More than three quarters of the largest island in the world is covered by a permanent ice sheet, and should you travel here, you’ll traverse this tundra with snowmobiles, dog sleds and snowshoes. Similar to Iceland, September to April are the best months for a chance to see the aurora borealis, as the midnight sun makes sightings impossible in summertime.

Where can you see the Northern Lights in Greenland?

Since light pollution is minimal in the wild and unpopulated landscapes of Greenland, you won’t have to travel far from the main cities, such as Nuuk or Sisimiut, to see the lights. But for the most memorable experience, it’s worth travelling to one of these hot (or probably rather cold) spots. 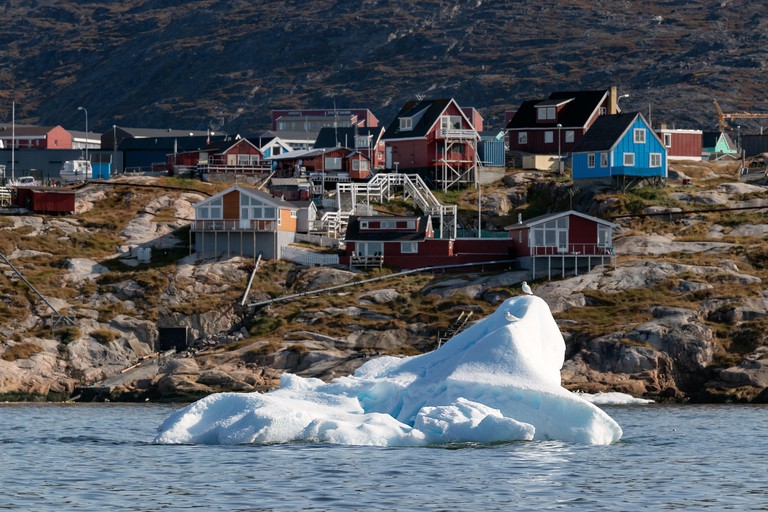 Home to almost as many sled-dogs as people, the third-largest city in Greenland neighbours the astounding Ilulissat Icefjord, a Unesco World Heritage site. Here, you’ll find luminous icebergs calving from the Jakobshavn Glacier – some so large (up to 1km/0.6mi tall) that they can’t float down the fjord. From Ilulissat, join a guided Northern Light snowshoe tour along the famous Icefjord. 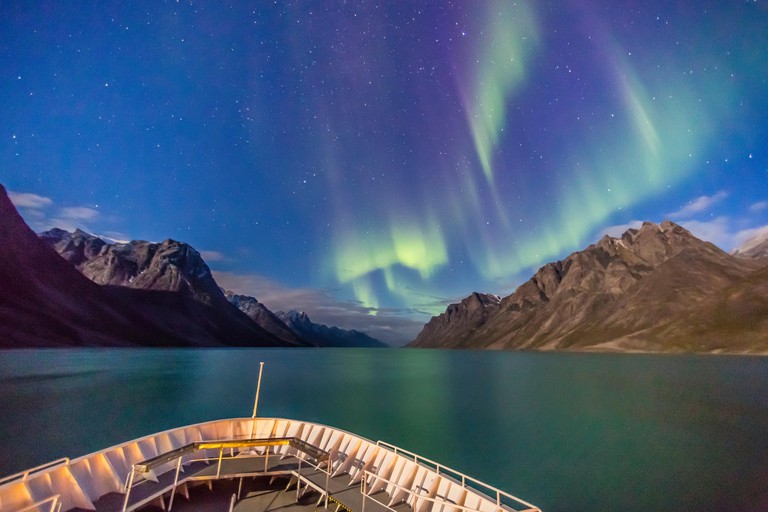 This airport settlement sits at the head of an eponymous fjord, and has more than 300 clear night skies a year thanks to its unusual cold, semi-arid climate. And with the edge of the Russell Glacier easily accessible from the town, your chances of seeing the Northern Lights are at their best here. Hire a local guide and marvel at the aurora as it dances amid towering ice cliffs. 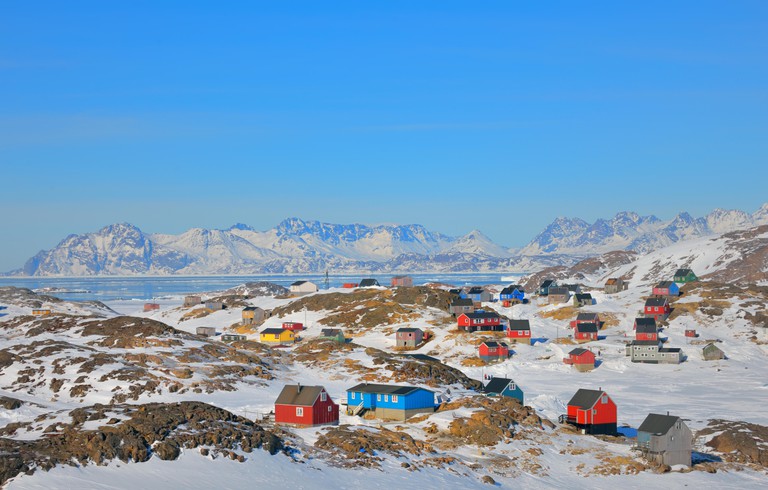 An island settlement in southeast Greenland, Kulusuk benefits from a place on the edge of the Atlantic at the end of an archipelago abundant in natural beauty. It’s home to only 250 people, but Kulusuk International Airport ensures there are usually a few visitors in town. In winter it’s possible to cross the frozen sounds. A lack of artificial lights here is once again the key to opening up the night sky. Take a dog-sled tour deep into eastern Greenland for a glimpse of the elusive northern glimmer.

So is Iceland or Greenland better to visit? If you’re planning to mix your aurora-hunting with some metropolitan bustle and a volcano or two, choose Iceland. If you prefer solitude, choose the less-trodden path of Greenland for a unique adventure. Iceland versus Greenland really depends on the kind of trip you’re after.