Fasting During Ramadan in the Land of the Midnight Sun 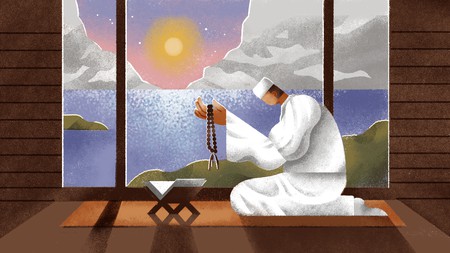 Fasting during daylight hours for the holy month of Ramadan is compulsory for Muslims around the world, even in countries where there is virtually no respite from the sun.

Religious fasting for Muslims lasts from before sunrise to just after sunset, and in Iceland that means going without food or water for almost 22 hours a day, depending on the time of year. The climate might be more favourable than the harsh heat of some countries, but the commitment to observing Ramadan is just as great in these exhausting northernmost conditions. 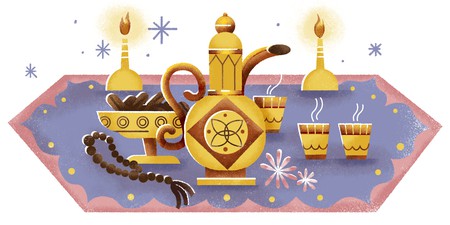 As the Islamic calendar is based on lunar cycles, it is two weeks shorter than the Gregorian calendar used as standard around the world. Because of this, the annual, mandatory act of fasting for the majority of adults during Ramadan moves forward every year. A decade ago, for example, Muslims were fasting around the Christmas period, and are now taking part in Ramadan in the middle of spring. Not that long ago, the period of abstinence coincided with the height of the summer months, so these extreme conditions are nothing new.

Along the Equator the changing movement of the Earth makes little difference, as the days and nights tend to be of a similar length no matter the time of year. But in the north there are particular difficulties that arise from the constant presence of sunlight, beyond the well-documented issues of insomnia.

Reykjavík in Iceland is the northernmost capital city in the world. There are parts of Norway that have 24 hours of daylight, where the term “Land of the Midnight Sun” literally applies, but these are sparsely populated, so let’s look to Iceland’s first city to find out more about how Muslims cope with fasting in the spring and early summer months.

Iceland has one of the smallest Muslim populations in the world, so options when eating out are limited. There are some halal restaurants, serving meat dishes that are allowed under Islamic law, but also many local dishes that have fish or vegetables as the main ingredients and are therefore halal. However, these dishes must not contain any alcohol or non-halal animal fats. 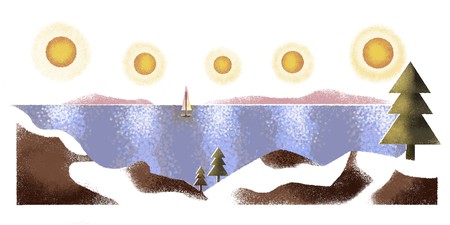 Muslims are encouraged to break their fasts communally with friends or family, a time known as Iftar, with something simple – usually some dates and a helping of water or a sweet drink. This is followed by evening prayers, after which the main meal of the evening takes place. You might think this would be a large helping of food, and in the first few days this does occur, but after a week or so of daytime fasting, the stomach shrinks and so does the appetite.

There are no set meals or types of food to eat during Ramadan, but just as in the rest of the Muslim world, Icelanders who are fasting will invariably crave the foods their body is lacking most. Sweet drinks are particularly popular, both for quenching thirst and replacing nutrients that have been lost throughout the day. It’s this fact that has led to a spike in sales of sugar-heavy soft drink Vimto in the UK during Ramadan. In Asia the drink of choice is syrup and cold milk, whereas in the Middle East Muslims opt for fruit-infused teas (both hot and cold).

Iceland is one of the biggest consumers of coffee per capita in the world. Given the cool temperatures in Iceland, a hot cup of coffee is tempting, with one notable caveat… decaf coffee is almost impossible to find. If you’re fasting and looking to relax, a high dosage of caffeine probably isn’t the order of the day.

In Iceland, which offers only a small window to eat and drink for anyone fasting, the preferable option is to stick with local times for Ramadan. In 2019, Ramadan begins in the first week of May and ends in early June. The length of each fast will approach 21 hours at the end of Ramadan this time around, which is lengthy but not as bad as previous years.

There are other countries and landmasses further north than Iceland, such as Greenland and parts of Canada, where there is also perpetual daylight. The best known solution for Muslims in this predicament is to follow the sunrise and sunset times of the nearest country which does get some form of nightfall. According to some scholars, it is also acceptable to follow the times of the nearest Muslim-majority country or simply take guidance from the timetable in Saudi Arabia.