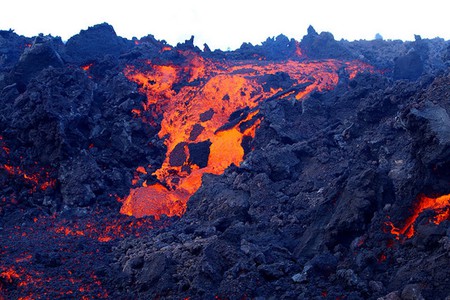 Iceland’s landscape is young, geologically speaking. Still an active volcanic island, the landscape is actually still in the making. Because of the active movement of tectonic plates shifting beneath the earth’s surface, volcanoes and earthquakes are constantly being the result. Iceland lies on top of two divergent plates called the Mid-Atlantic Ridge, the meeting place of the Eurasian and North American tectonic plates which are very, very slowly moving apart. Along this active ridge, you can find all the typical activity to be suspected: volcanic craters, hot springs, steam springs, earthquakes. 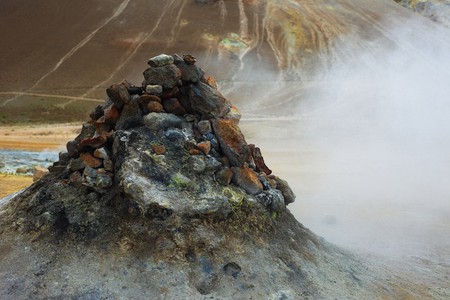 Almost all of Iceland’s rocks are volcanic basalt. Not surprisingly, these young rocks are formed around the volcanic ridge. With more than 100 volcanoes in Iceland, only 25 of them have been active in the past 10,000 years, rather recent in geologic terms. An average rate of one eruption every five years has been the norm in Iceland for hundreds of years. While most cause minimal damage, the Eyjafjallajökull eruption in 2010 was certainly a costly hazard.

Lakagígar, which erupted in the late 18th century, spewed forth the largest lava flow ever produced by a volcano in recorded history. With a volume of about 12 cubic km, the noxious gases it emitted ruined livestock and crops and led to a disastrous famine that killed nearly 20% of the population of Iceland. It was even considered to move the entire population of Iceland to Denmark. 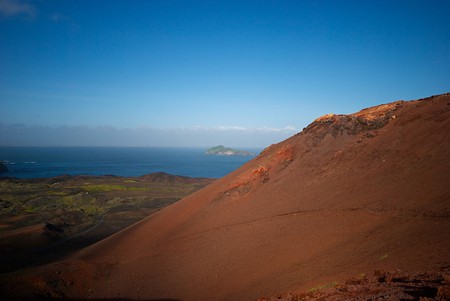 On the largest of the Westman islands, Heimaey, a destructive eruption in 1973 buried a third of the town under its emissions. In north Iceland, around Lake Mývatn, earthquakes were felt after construction began on the geothermal power station below Mount Krafla in 1975, after which it erupted several times. Previously, Mountain Krafla had not erupted since 1729 when a massive eruption lasting five years demolished local farms.

Iceland has also been shaped as much by ice as by fire. While Iceland’s mountains and fjords were formed by glaciers during the Ice Age, the remaining glaciers are thought to be from a more recent cold spell around 500 BC. Covering around 11% of the island’s surface, glaciers and icecaps sometimes are found sitting on top of volcanoes. It is from these subglacial volcanoes that more damage is caused as mass flooding is triggered. When the Bárðarbugna-Grímsvötn volcano erupted beneath Vatnajökull glacier in 1996, meltwater from the eruption brought massive flooding – sweeping away roads and bridges and leaving icebergs the size of buildings. Later, in 2015, the same volcano erupted creating a lava field the size of Manhattan. 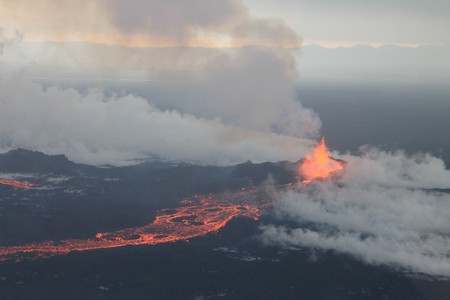 While living on a volcanic hot spot can bring some incredible natural hazards, it brings the benefit of an endless source of hot water. Beginning in 1930, geothermal energy has been harnessed. Today, hydroelectric power stations supply around 80% of electricity to those living in Iceland.