Iceland has found in sculpture what Renaissance Italy found in paintings: the perfect medium to represent cultural beliefs, as well as the collective voice to express people’s distinctive identities. Reykjavik’s topography is filled with numerous statues that show the unique talent and dexterity of their creators. 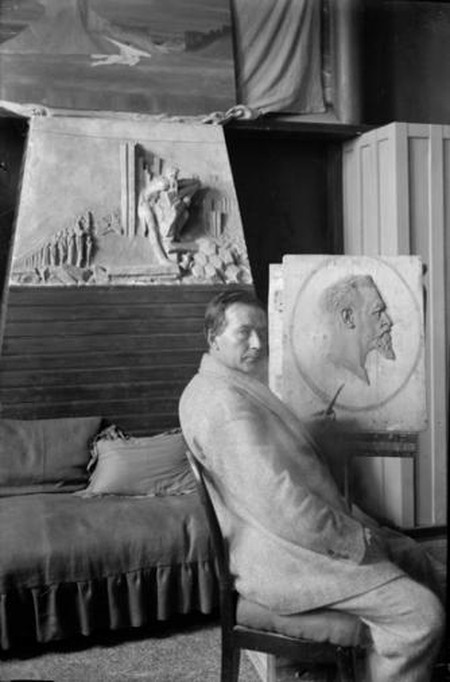 Einar Jonsson (1874 – 1954) was a groundbreaking voice amongst his contemporaries. A great connoisseur of myths, he was a maverick figure with an oneiric imagination and an earnest believer in an all-embracing symbolism. Jonsson was born in the South of Iceland, but moved to Copenhagen to study at the Academy of Art before undertaking the usual art apprenticeship of the time and travelling to Rome, where he lived for two years. Although he followed a conventional procedure that led him to learn a classical sculptural approach, he soon challenged the authority of the leading stylistic canons. In so doing, Jonsson rejected the normative modus operandi and liberated his artistic practice from the past. Expressionist, moving and passionately romantic, his sculpture evokes wild manifestations of powerful feelings. Far from the classic standard, where equilibrium is reached by denying emotions, Jonsson’s mise en scene of sinners and tortured men is the naturalistic counterpart of his dreamy symbolism.

In The Birth of Psyche he drew on the popular mythological theme of the story of Psyche, which is also depicted by the Italian sculptor Canova, who represented Eros awaking his lover, the goddess Psyche. Despite the classical reference, Jonsson revolutionizes the scene by carrying all the movements to their extreme. While his work recalls the Hellenistic statues in their animated drapes and accurate mimesis of muscles and nerves, the Icelandic sculptor gives a much more syncopated pace to the composition and imbues the scene with a fluid and elegant clash of bodies and natural elements. Jonsson recognized the Swedish theosopher Emanuel Swedenborg as a great source of inspiration for his work, which unveils itself as a combination of Nordic folklore, fairy tales and religious symbolism. 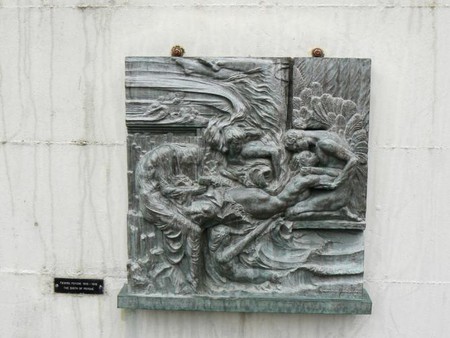 During Jonsson’s years in America, he created two works to celebrate Iceland and its overseas community, one in Philadelphia and the other in the Canadian city of Winnipeg. Jonsson also decided to donate all his works to his country and numerous sculptures of his adorn Reykjavik’s public spaces. For example, Outlaws is close to the old cemetery of Suourgata; Ingolfr Arnarson, which is dedicated to the first Nordic settler of Iceland, is on the top of Arnarholl Hill, and Jon Sigurosson, a sculpture that celebrates the national independence hero, is located near the Parliament.

Jonsson showed Outlaws for the first time in 1901 at the Spring Salon in Copenhagen. The artwork focuses on a presumed criminal who runs away with his dead wife on his shoulders, his half-sleepy son gently hugging his neck and a loyal dog that follows them. The outlaw wants to bury his bride, but to fulfil his will, acting as a Scandinavian Antigone, he needs to go against the norm and therefore become a criminal. 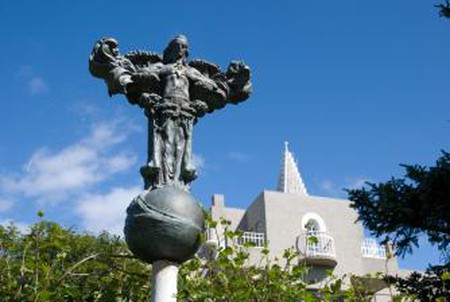 Jonsson confessed he wanted to tell a story about people living at society’s margins in critical conditions. The artwork is a sui generis Pietà, where the dead body is not lying at the bottom of the composition and the mourners are not crying or paralysed in a dramatic stasis, but are instead on the move, actively reacting to their despair. The viewer can feel the family’s fatigue which is masterly symbolized by the outlaw’s face: it’s contracted and in tension, fighting against the physically demanding and emotionally oppressing strain.

For Jonsson art is a matter of catharsis, it sublimates fears that would otherwise keep acting as uncontrolled and dangerous forces. Jonsson was a great connoisseur of mythology, which he shaped and adapted to his sculptural work. His use of symbols contributed to enlarging his already lively imaginary. As with William Blake, who is another important reference for the Icelandic artist, Jonsson dramatizes the precarious equilibrium between innocence and experience. And they both succeed: the two artists find a way to balance their dissonant drives; their art is their salvation.