Why You Should Try Winter Swimming at Iceland's Nautholsvik

Bathing in thermal baths is a tradition that dates back to the settlement of Iceland. Snorri Sturluson, the famous 12th-century historian was a big spa enthusiast and even had his own thermal pool built. He would probably have been fond of Nautholsvik, a heated beach in Reykjavik. 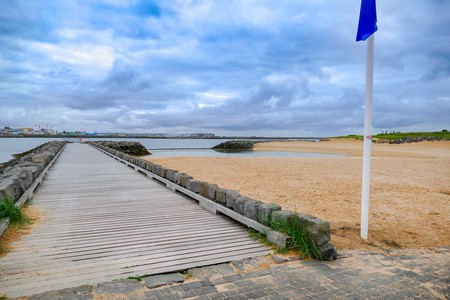 The geothermal energy in Iceland is not only used to heat up houses, but also for public bathing, which is very popular with Icelanders. Hot spring bathing is considered to have many health and skin benefits, as the mineral-rich water protects the skin in many ways. It is said to help de-clog pores and can also boost the production of collagen and help tighten the skin. The warm water helps with muscle-pain relief and the sulphur in the water can help treat respiratory problems such as asthma.

Nautholsvik is a man-made beach, which opened in the year 2000 and is handily located only a few minutes from downtown Reykjavik. The lagoon surrounding the beach is heated up with geothermal water which comes from nearby tanks, as are the jacuzzis. The seawater is around 15°C–19°C (59F–66F), but the hot tubs are about 30°C–39°C (86F–102F).

All that geothermal activity is bound to work up an appetite and you can have a spectacular lunch or dinner next door at the highly regarded Nautholl restaurant. 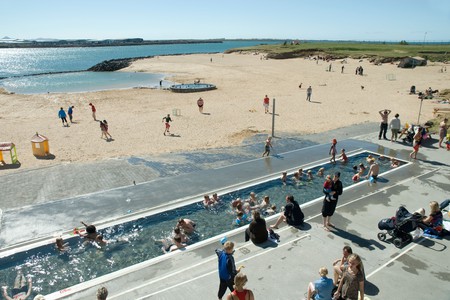