Where To Stay in Budapest: A Neighbourhood Guide to the Hungarian Capital 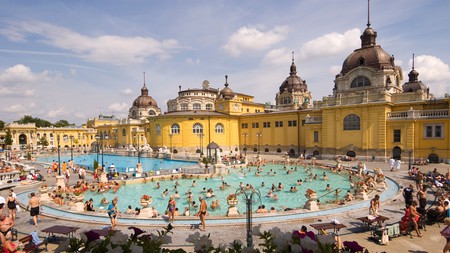 From the elegant Castle District to the historical (and increasingly hipster) Jewish Quarter, each of Budapest’s 23 districts has a unique character. Discover where to stay in Budapest, with the help of local curator and festival founder Noémi Nádudvari. 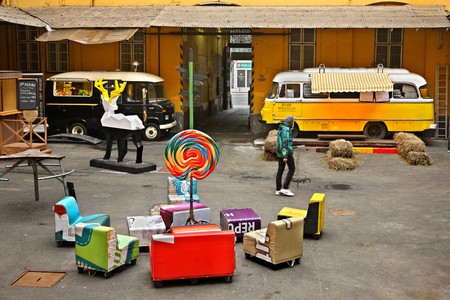 “Adventurous. Vibrant. Affordable.” These are just some of the words that spring to mind when Noémi Nádudvari, founder of the Színes Város Street Art Festival (the Colourful City Festival), thinks of Budapest. She is clearly not alone in these sentiments, as 4.4 million people flock to Budapest each year to unwind at the thermal baths, breathe in the bohemian atmosphere and revel in the city’s famed and inexpensive nightlife. Culture Trip speaks with Nádudvari about her take on Budapest’s diverse neighbourhoods, and where visitors should look to stay during their trip to the Hungarian capital. 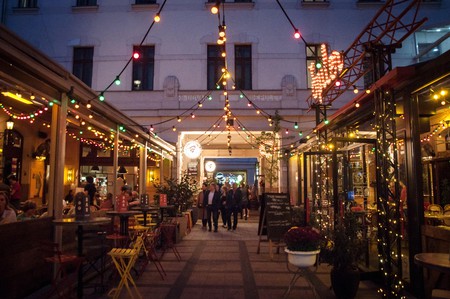 The Gozsdu Courtyard, once the core of Budapest’s Jewish Quarter, is now full of restaurants, pubs and bars | © Veronika Pfeiffer / Alamy Stock Photo

This upscale neighbourhood on the Buda side of town is, according to Nádudvari, “the centre of the classic tourist sights, sprinkled with panoramic views”. A great base for anyone wanting to be close to the city’s main attractions while enjoying a little peace and quiet, District I is home to the Buda Castle, Fisherman’s Bastion, Matthias Church and Széchenyi Chain Bridge, along with incredible views of the Hungarian Parliament from across the Danube. “The aristocratic atmosphere and historical buildings remind you of Budapest’s glorious past. I would say it’s the posh side of the city,” she says.

For nature lovers, Nádudvari suggests a walk up Gellért Hill to watch the sunset, before wandering down to the Rudas Thermal Baths. These baths are open until 4am on Fridays and Saturdays and boast a rooftop thermal pool with sweeping views of Pest and the Danube. 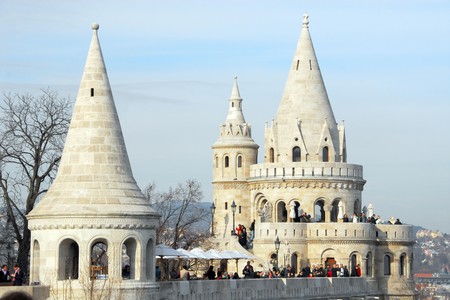 “Quiet streets, lots of nature and a charming, hilly waterside quarter called Taban” is how Nádudvari describes District II, set just north of the Castle District and to the west of Margaret Island. Often overlooked by visitors, this district is perfect for curious travellers looking to experience Budapest away from the tourist traps. Enjoy a relaxing day at Lukács Thermal Bath or Veli Bej Bath (the oldest Turkish bath in Budapest), and wander around the beautiful gardens of the Tomb of Gül Baba (a pilgrimage site for Muslims) and through Széll Kálmán Square. Afterwards, explore exhibitions at the Millenáris Park Cultural Complex and the eclectic food stalls of the Fény Street Market Hall. 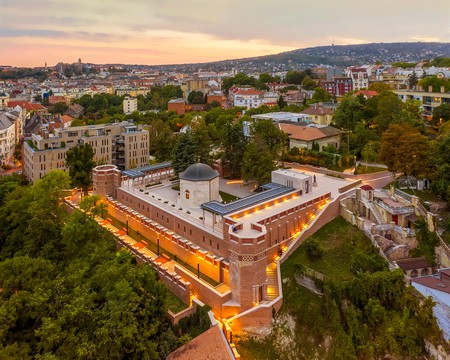 Known particularly for the towering Neo-Gothic behemoth that is the Hungarian Parliament, District V is Nádudvari’s top pick for visitors wanting to enjoy “daytime elegance and night-time decadence”. Here, you’ll find “fine dining, quality wines, culture, history and amazing views of the riverside next to the Chain Bridge”, she says.

Along with the Parliament, top sights in District V include the Shoes on the Danube Bank memorial to Jews killed on the riverbank during World War II, St Stephen’s Basilica (stop by for one of the regular organ concerts) and the 19th-century Széchenyi Chain Bridge. Wander down Váci Utca, dubbed the city’s fashion street, or take a quieter route to enjoy local delicacies at the Hold Street Market and home-made pastries at the chandelier-adorned Café Gerbeaud. 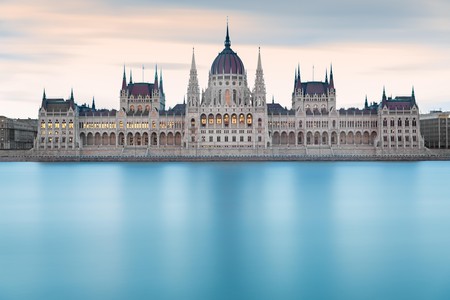 Set within buzzing Pest, District VI is perhaps best known for Andrássy Avenue, a UNESCO World Heritage site. Budapest’s answer to Beverly Hills’ Rodeo Drive, Andrássy Avenue is home to many high-end fashion brands, as well as the elegant Hungarian State Opera House and the stretch nicknamed the ‘Broadway of Budapest’ (at the intersection of Nagymező Street).

Visit Nyugati Railway Terminal, one of the oldest train stations in Hungary and remarkable for its spectacular iron-and-glass facade, along with the House of Terror, a museum dedicated to Hungary’s communist era. “It’s an interesting medley of historical architecture, cultural heritage, and contemporary art and design,” Nádudvari explains. “It’s also known as the never-sleeping part of the city with a vibrant nightlife and plenty of street art.” 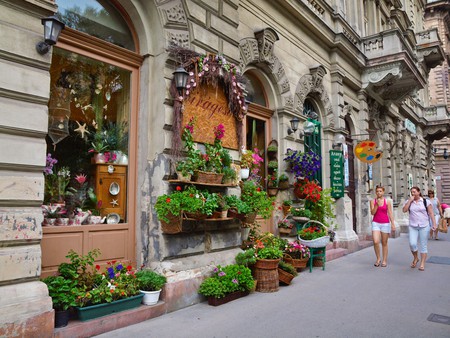 The streets of Budapest’s historical Jewish Quarter – once home to the Jewish ghetto – now teem with ruin bars, cafés and boutiques. Here, you’ll find the Dohány Street Synagogue (the largest synagogue in Europe) and the grandiose New York Palace, which was built between 1892 and 1894 and draws heavily on Italian Baroque design. While exploring the neighbourhood, you’ll also discover vibrant street art such as the Seurat-inspired Rubik’s Cube on Dob Street, in honour of the popular toy invented by Hungarian professor Ernő Rubik.

Though the district is packed with food and drink options, Nádudvari particularly recommends the variety of Middle Eastern cuisines on offer at Dobrumba and the innovative menu at Kőleves Vendéglő, which honours the neighbourhood’s heritage in its recipes. Try, for example, the home-made matzo cake layered with apple, walnuts and poppy seeds. For a caffeine fix accompanied by a good read, pop into coffeehouse and bookshop Magvető Café, before finishing off the day at famed ruin pub Szimpla Kert. 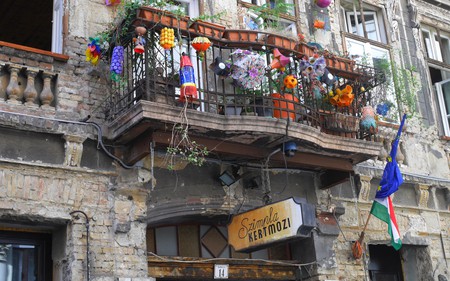 Despite the refined elegance suggested by its alternative moniker – the Palace Quarter – District VIII is arguably Budapest’s trendiest and edgiest neighbourhood. “It’s the new kid on the block, an up-and-coming part of the city, mainly around Rákóczi Square. Galleries, bars and second-hand shops have been popping up there over the past few years,” says Nádudvari.

Once the sun goes down, wander the walking paths of the wonderfully eerie Kerepesi Cemetery. It’s among the city’s oldest cemeteries and the final resting place of Hungary’s most famous artists, poets and politicians, including Lajos Kossuth, a revolutionary political reformer who led Hungary’s struggle for independence from Austria. 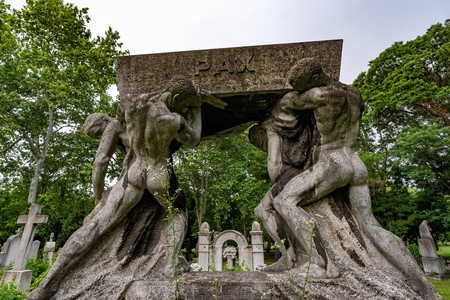 Thanks in part to the large numbers of international students attending Corvinus University, which sits on the banks of the Danube in the district’s northwest corner, Ferencváros is among Budapest’s most diverse areas. This diversity is reflected in the neighbourhood’s food scene, beginning with the Central Market Hall, which Nádudvari calls “the real deal”. “It’s an attraction for both its architecture and superb fruits, vegetables and traditional Hungarian foods,” she notes, recommending that visitors sample some salami and smoked paprika before heading upstairs to try a street-food favourite: lángos, fried dough often topped with sour cream and grated cheese.

Near the market, you’ll also find Ráday Street, lined with bars and restaurants, including the city’s first Michelin-star restaurant, Costes. Walk off the lángos along the Danube promenade on the way to the National Theatre and Zwack Museum, with the latter producing the country’s famous herb-based liqueur, Unicum. Next to Zwack is the cosy, under-the-radar Dandár Thermal Bath. 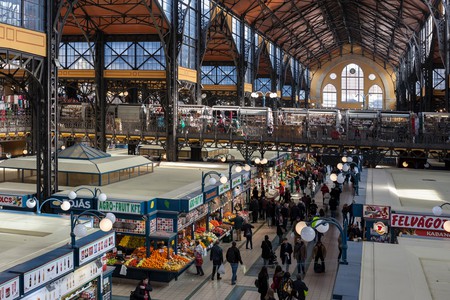 As Budapest’s most populous district, the hip Újbuda neighbourhood is famous for the Gellért Spa, the city’s most famous Art Nouveau thermal baths. After a therapeutic dip, head to Bartók Béla Boulevard – a peaceful café-lined street frequented by young professionals. “You get both Buda and Pest at the same time. It’s the perfect mix of pulsing Pest, with artisan and speciality coffees and bars, and the green, family-friendly spots more typical of Buda,” Nádudvari reflects. She recommends Hadik Café, a favourite of Hungarian literary heroes from the early-20th century; cocktails and craft beers at BÉLA; and Kelet Café, which also functions as an art gallery and book exchange. Music lovers can also dance the night away at A38, a cultural venue and nightclub on board a Soviet-era boat. 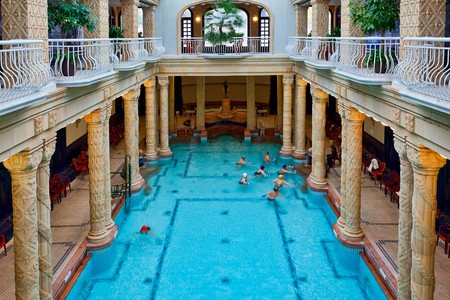 Sometimes referred to as the West Village of Budapest, District XIII attracts artists, musicians and families with its laid-back ‘Buda-style’ vibes – a rarity on the hectic Pest side of the Danube. “It’s a calm and green district close to the city centre,” says Nádudvari. “This neighbourhood is the perfect escape from the noise of the traffic and party district, especially for families with kids.”