The 10 Best Things To Do in Budapest in Summer 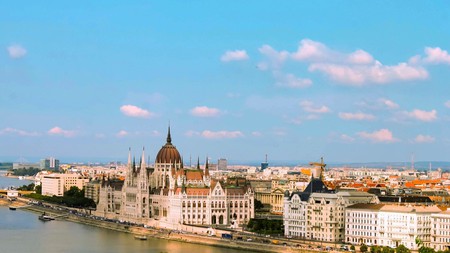 Though there’s no bad time to visit Budapest, the Hungarian capital comes into its own during the summer months | © Евгения Матвеец / Getty Images

Budapest is at its most alive and popular during the summer. Discover how to get the most out of a trip to the Hungarian capital during the warm summer months. 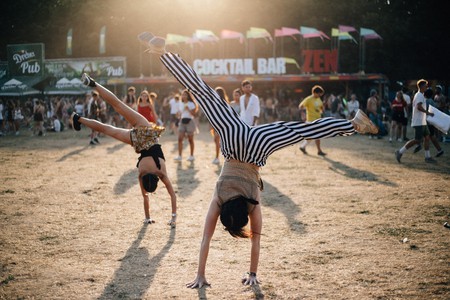 For many, the Sziget Festival is the epitome of summer in Budapest | Courtesy of Sziget / @rockstarphotographers

Whether you’re a bargain hunter, an adrenaline junkie or simply looking for a summery sweet treat, Budapest has you covered. The best things to do in the city in the summertime include indulging in a fröccs (Hungarian wine spritzer), attending one of Europe’s biggest music festivals and escaping to tranquil Lake Balaton. 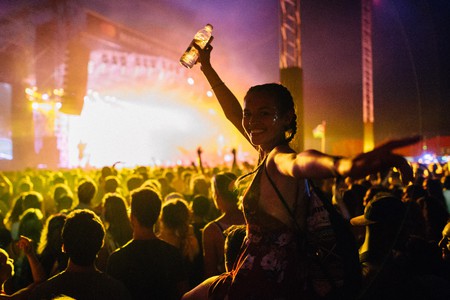 Ride the wave at the Gellért Spa

While the Gellért Spa is the epitome of Art Nouveau luxury and most famous for the intricate mosaics in its thermal pools, it boasts an additional outdoor attraction from May to September. Surrounded by an extensive sunbathing and lounging area, Gellért’s outdoor wave pool is over 90 years old and was the first of its kind in the world. 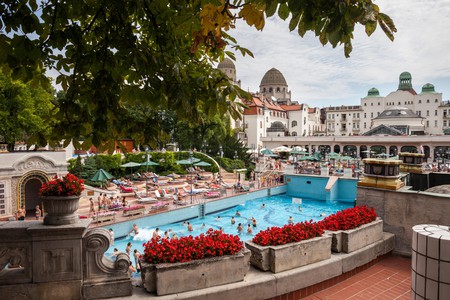 PONTOON, located on the bank of the River Danube at the north pillar (Pest side) of the iconic Széchenyi Chain Bridge, is the perfect summer urban chill zone. The bar is unique not only for its superb location but also for its selected music programme – PONTOON organises regular live-music events such as acoustic or DJ sets and reggae jams. Passers-by can stop and enjoy the live gigs thanks to the venue’s open layout. For those who wish to linger on the riverbank and take it all in, a fröccs makes an excellent accompaniment to a lazy summer evening. 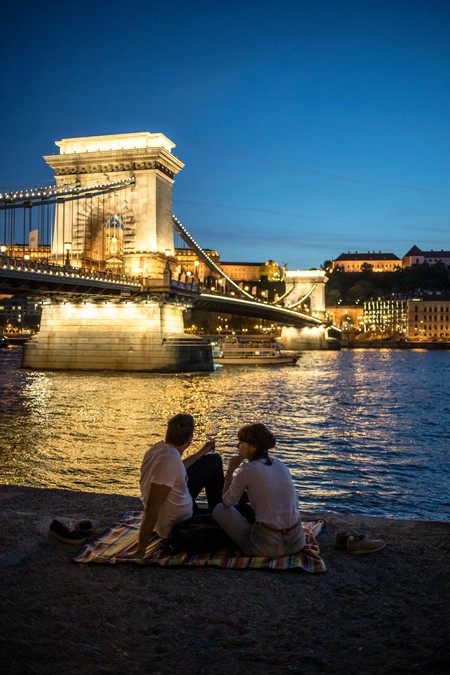 Find your own freedom on Liberty Bridge

Every weekend in July, Budapest’s Liberty Bridge (or Szabadság híd in Hungarian) is lovingly referred to by its pet name: Szabihíd. It is also when the bridge transforms from a heavy traffic artery between the opposite sides of Buda and Pest into a pedestrian-only public space. Here, you can enjoy an early-morning yoga session, a picnic or barbecue with friends, a chilled bottle of wine at sunset or even a rave if you are so inclined. A programme of events is available, so be sure to check out what’s coming up on the bridge. 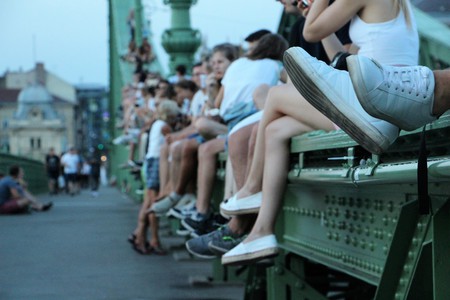 Feel the vibe at Sziget, the Island of Freedom

Sziget Festival, one of Europe’s largest music festivals, takes place on an island north of central Budapest in August each year. What started as a small gathering for music lovers in 1993 now boasts 1,000 shows across 60 stages over seven days. People from across the globe gather here to enjoy the lively atmosphere, positive vibes and world-class performances. Sziget has hosted major international acts over recent years, including Rihanna, Sum 41 and Florence + The Machine. 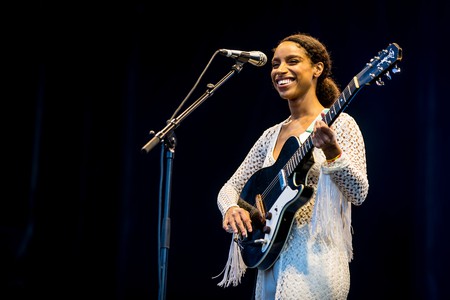 For those who enjoy urban, outdoor art, the city is home to colourful, often multistorey murals commissioned by the Színes Város Association. Focussing on urban regeneration, it aims to change the widespread distorted view on graffiti through artistic wall paintings that brighten the cityscape. With over 70 projects now complete, it’s not hard to stumble upon one of its murals without too much effort. If you’re keen not to leave it to chance, however, District VII is a great place to start your search. 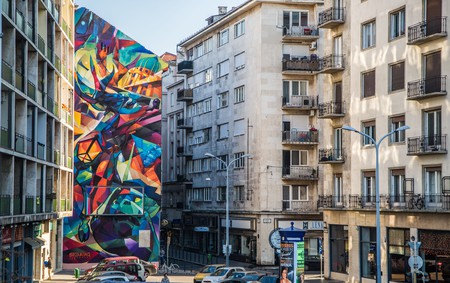 Admire the city from the Danube

While riverboats play an integral part in Budapest’s public transport system, they are also a means of seeing the city from a fresh perspective and make for a breezy getaway from the city streets. Crossing the historical city centre, boats pass under seven of the city’s bridges and offer spectacular views of a host of significant sights. These include Margaret Island; the Hungarian Parliament; Gellért Hill; and the cultural complex comprising Müpa Budapest (Palace of the Arts), the Béla Bartók National Concert Hall and the Ludwig Museum. While BKK (Budapest’s transport authority) runs several boat services, the 440-horsepower REDJET – dubbed the fastest on the Danube – is your ride if you want more of a thrill. 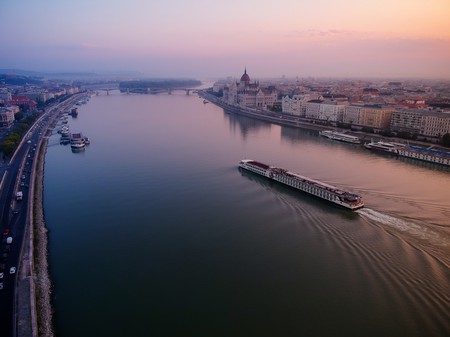 Cycle to an urban oasis

If you seek a unique, magical spot away from the hustle and bustle of the city, then hop onto a bike, cycle your way up the banks of the Danube and prepare to step into the chilled-out summer paradise that is Fellini Culture Pub. Here, you can enjoy views of the Danube, the surrounding forest and the occasional kayaker from the comfort of a colourful deckchair. If your journey here has made you hungry, savour some freshly prepared local and international dishes together with an ice-cold beer or fröccs while enjoying a live gig or film screening. 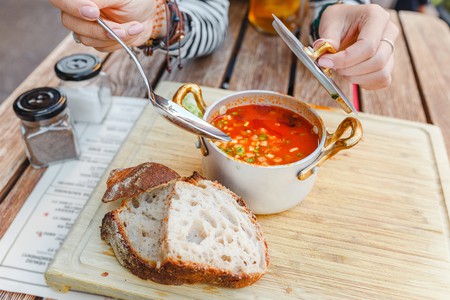 Hunt for a vintage bargain at Ecseri Flea Market

If memorabilia, collectables, art and vintage items are your thing, then be sure to make your way to Ecseri Flea Market on the outskirts of the city. Budapest’s largest flea market is a paradise for shoppers looking for relics of the communist era – expect to find vintage photos, military uniforms and much more here. Antiques are also aplenty, as are pieces of vintage jewellery and analogue cameras. A visit to the market is well worth the 40-minute bus ride, especially on Saturdays when it is at its most vibrant. 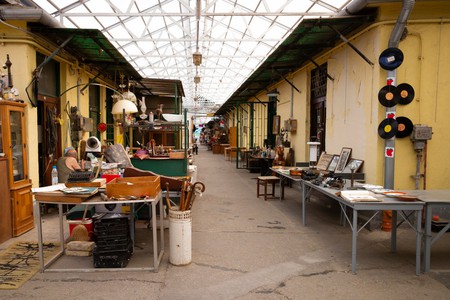 With numerous shops throughout the city, Fragola’s ice cream is perhaps the most sought after and beloved by residents – and for good reason. Its unique and continuously renewed range of 120 ice-cream flavours is freshly made in its workshop from the finest ingredients. If you’re ready to tickle your taste buds with something sweet, the options are endless. You may opt for a scoop of Hungarian camembert ice cream, or perhaps some cashew and turmeric. For a taste of local history, try a double scoop of the delicious Hungarian-Jewish flódni cake flavour. 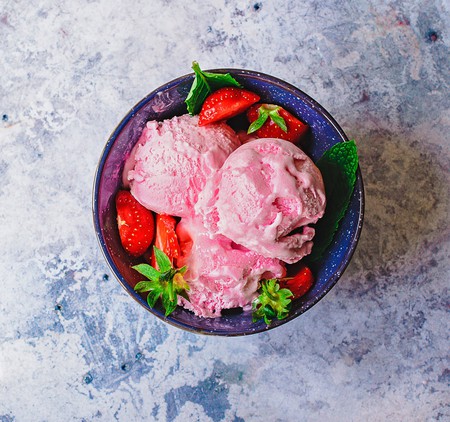 Located just a short train ride away from Budapest, Lake Balaton is Central Europe’s largest lake and an favourite destination among those who wish to escape the city for a couple of days in the sweltering summer months. After splashing the heat away in its refreshing waters, be sure to sample some of the culinary offerings of this historic Hungarian wine and cheese region. The shores of the picturesque Tihany Peninsula are a great place to discover the lake known as the ‘Hungarian Sea’. 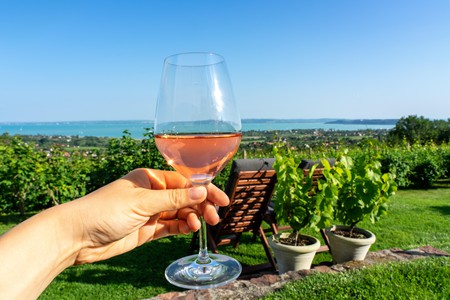