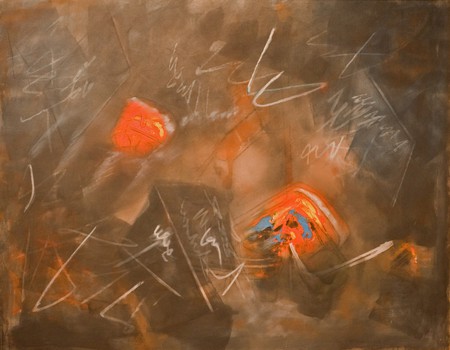 Roberto Matta was a groundbreaking Chilean artist who prefigured Abstract Expressionism with his surreal and monumental works. We explore how Matta’s works offer up a dreamlike landscape of the psyche, and in doing so suggest an encounter with the sublime. 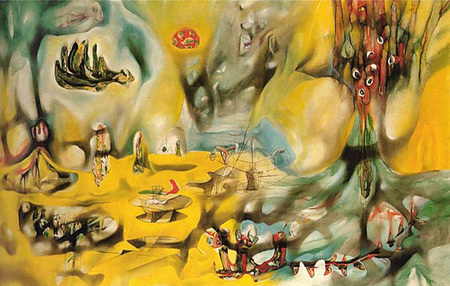 Chilean artist Roberto Matta is one of the great pioneers of modernist abstraction. His monumentally scaled, epic paintings depicting the inner workings of the human psyche would influence a generation of artists, notably the abstract expressionists Jackson Pollock, Arshile Gorky, and Robert Motherwell. Matta was one of the first painters of the modern era to attempt to visually depict the complexities of the human psyche in abstract forms, using his paintings ‘to make the invisible visible’. His masterful handling of paint and his poetic, mystical rendering of fantastical, cosmic spaces, inevitably make his works stand out as pre-eminent masterpieces of 20th century abstraction. They also helped cement his legacy as one of the first Latin American visual artists to become not only internationally renowned, but also highly influential worldwide.

Born in Santiago in 1911, Matta acquainted himself very early with the humanist tradition in the arts, deciding to study architecture at the Universidad Católica de Santiago. Yet, after working briefly as an architect, he enlisted with the Merchant Marines and arrived in Paris as a 22 year-old idealist. After working for the studio of the famous architect Le Corbusier, Matta established a relationship with a broad spectrum of artists of the time, notably poet Federico García Lorca and writer Gabriela Mistral. It was through these friendships that Matta made the acquaintance of surrealist painter Salvador Dalí, who in turn introduced the Chilean to André Breton, the anointed leader of the Surrealist movement. After being immediately impressed by the young Matta’s drawings, Breton invited him to become a member of his artistic movement. 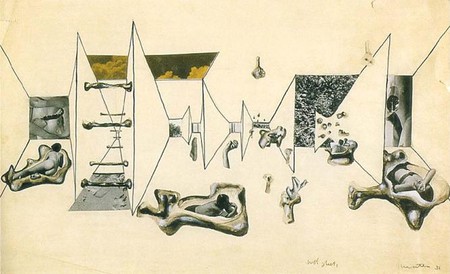 Matta quickly absorbed the major influences that would later permeate his paintings: the international style architecture from Le Corbusier; Guernica by Pablo Picasso, which fuses the lyrical with the social; Marcel Duchamp and his obsession with machines and eroticism; and the writings of Sigmund Freud on the unconscious. At this juncture, Matta’s work consisted mainly of drawings made with conté crayon that still echoed figuration and the influence of cubism. In his work Wet Sheets of 1936, an imagined architectural space hosts an erotically charged scene, with forms that resemble machines, bizarre anthropomorphic objects, and images of landscapes. By employing photographs and collage –one of the surrealists’ favorite techniques – the chasm between the real and the imagined is fragmented, and the picture plane becomes host for multiple readings.

But Matta would soon take more risks with his art; creating a series of works he labelled ‘psychological morphologies’. Matta considered these paintings ‘landscapes of the mind’. He believed that he needed to reach the innermost layers of his mind in order to be able to depict their true appearance, recalling the Platonic notion that we reside in a world where the visible is a mere echo of the true form of things. Like many of the surrealists, Matta also employed the technique of automatism while painting, continuously following his impulses, in order to make unpremeditated painting gestures, until reaching a point where they would be made unconsciously. This conviction undoubtedly led Matta to believe that he would act as a channel through which he could appropriately represent on canvas the innermost parts of his psyche. Matta’s innovation was his ability to combine intuition and spontaneity with his knowledge of architectural spaces and interest in non-Euclidian geometry, to generate a uniquely recognizable style where the juxtaposition of apparently incongruent areas and mutable forms inhabit the same picture plane. 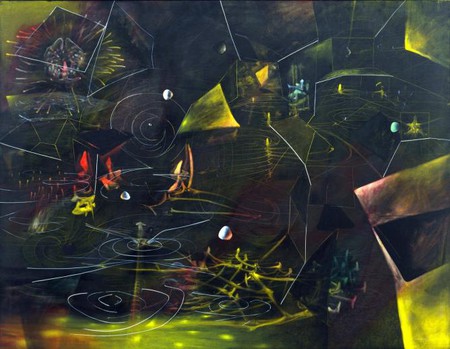 Another poignant aspect of his work is his use of contrasting tones between light and dark, giving certain areas in his paintings the sensation that they are glowing or of being filled with light. This may be best interpreted by relating it to his knowledge of Renaissance art, which employed the use of glazing – the gradual application of thin layers of paint on top of each other in order to achieve greater luminosity and sheen – when presenting holy subjects. In this regard, Matta must have seen the relevance of this symbolic proposition, and effectively used it to produce a sense of mysticism and sublimity in his canvases. 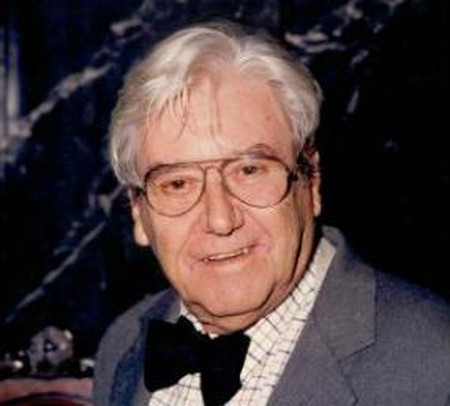 Matta’s approach seems to be congruent with the tradition of viewing landscape as an experience of the sublime; of a physical encounter with immanence. Although his paintings are abstract, they rely nonetheless on our interpretation of them as possible landscapes. Matta transforms the picture plane into a realm of fantastical, inward-looking narratives, where forms in perpetual motion produce eerie, oneiric effects, and result in radical images of faraway places that exist somewhere in the distant universe of his mind. Yet there is always a suggestion of a horizon line, of atmospheric depth, and linear perspective, that suggest we are looking at a landscape, albeit an imaginary one. This underlines Matta’s interest in the depiction of the psyche as interior landscape, supported by the rectangular format of his canvases, a format traditionally referred to as, not coincidentally, the ‘landscape format’. By collapsing the boundaries between architectural space, landscape, and the subject that perceives it, Matta brings us to a location where all three coincide by means of material sensuality. Matta regarded his paintings as ‘inscapes’, as interior landscapes of indefinable geometries and sensuality, a permeable looking glass into the psyche’s appearance, where time and space occur simultaneously.

Matta always stated that he was interested only representing unknown places. His canvases may be best regarded as his search for the concrete representation of these places, as windows into sacred landscapes. It is in his quest to present what is impossible to represent, that he became such an inspiring and influential artist to a generation that saw painting as the only way to achieve such a daunting task.