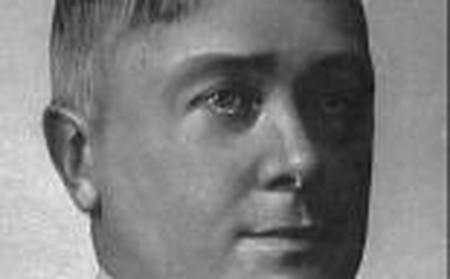 Playwright, novelist, translator and poet, Maurice Maeterlinck is not only known for his crucial role in the symbolist movement, but also for his Belgian and specifically Flemish roots. Michèle Kieffer looks at his life and work of this influential person. 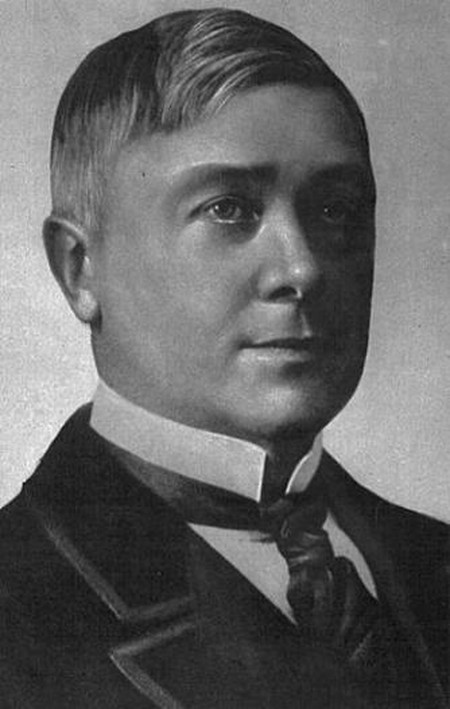 Born in Ghent in 1862 into a catholic and French-speaking bourgeois family, Maeterlinck attended the renowned Jesuit Collège Sainte-Barbe. In order to meet his father’s wishes and to fulfil the expectations that his social status demanded, Maeterlinck registered at the University Of Ghent Faculty Of Law, where he graduated in 1885. Unconvinced of his capabilities as a lawyer, Maeterlinck published his first poems in the magazine La Jeune Belgique (The Young Belgium). After graduation, Maeterlinck and Grégoire Le Roy, his close friend and fellow writer, explored Paris and investigated the city’s stimulating arts and literary scene. Immersing themselves into the symbolist school, they quickly counted the movement’s most representative followers among their closest friends. Artistically influenced by l’Isle-Adam, Maeterlinck later looks back at past friendships in his memoirs, Les Bulles bleues, (published in 1949), admitting that those acquaintances ‘determined his destiny’.

It was Stéphane Mallarmé who introduced the journalist Octave Mirbeau to La Princesse Maleine (Princess Maleine), Maeterlinck’s first play. Mirbeau’s article, published in Le Figaro in 1890, praised Maeterlinck as a ‘new and improved Shakespeare’; it transformed the young author into a star over-night. The journalist deliberately did not mention the author’s nationality, fearing his Belgian heritage would undermine him. If La Princesse Maleine shows the trademarks of the author’s characteristic style – with its omnipresent atmosphere of anguish, mystery and tragedy – it is Pelléas et Mélisande that can be identified as his highest achievement in symbolist drama. The drama was published in 1892, and adapted by Claude Debussy in 1902. Maeterlinck creates the ‘theatre of the soul’, introducing passive and static characters, the daily-lived tragedy and the fatale sublime hero, who seemed to have a special bond with death. Maeterlinck himself sees the power of suggestion in the symbols that characterise his masterpieces. The author defines the concept of symbols in 1891 as ‘rather unconscious, present without the knowledge of the poet, often in spite of himself, and almost always going well beyond his thought: it is the symbol of all creation of great humanity.’ 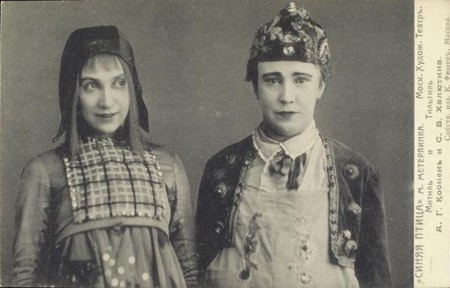 In 1895, Maeterlinck met Georgette Leblanc, a young French actress that would become his muse, writing partner and confidante for over the next 20 years. She went on to star in many of Maeterlinck’s plays, influencing the writer to create strong female characters in his plays. L’Oiseau Bleu (The Blue Bird), one of Maeterlinck’s most famous plays, particularly shows his partner’s influence; it focuses on philosophical concepts instead of creating a decadent and mysterious fin-de-siècle flair. As with many of Maeterlinck’s plays, L’Oiseau Bleu went to garner a considerable national and international success.

However, Maeterlinck was not only a playwright. Deeply distressed and disappointed by the repercussions of the First World War and the Belgian invasion by the Germans in 1914, he gave pro Allied conferences and published several war-related pieces, many of which were censored. Pamphlets such as the Les Débris de La Guerre (The Debris of War) allowed him to openly criticise and attack the German occupiers.

Between 1886 and his death in 1949, Maurice Maeterlinck published more than 50 literary works, including plays, poems, essays and translations. Maeterlinck was awarded with the Nobel Prize for Literature in 1911, which officially honoured the author’s outstanding literary accomplishments, and unofficially recognised the influence of the Belgian artists on the international art scene in the 20th century.
Watch an extract of The Blue Bird below: