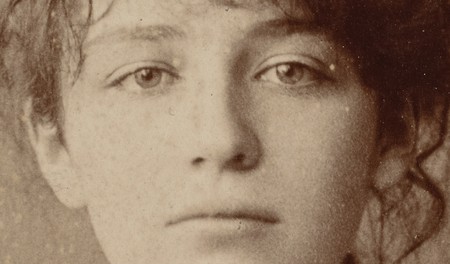 There are two dimensions to our interest in the work of Camille Claudel. One is the appreciation of her sublime creativity, the other, slightly darker, has an element of voyeurism. While her talent received limited recognition in her lifetime, the revival of the attention in her career was fuelled in large part by her notorious association with Auguste Rodin.

Her role as the beautiful young muse and mistress of the much older Auguste Rodin may have been the making of her as an artist, but also her undoing as a young woman. Rodin said that Camille’s bust was his favourite portrait of himself. As a student in Rodin’s atelier she was given the jobs that required the most skill, like shaping the hands and feet. This was an unspoken recognition of her abilities. To stop there, however, and simply look at Camille in the shadow of her ill-fated love affair with her mentor would be an opportunity missed. Her sensitivity and imagination transcended the autobiographical and speak to us across the decades about a very human vulnerability. 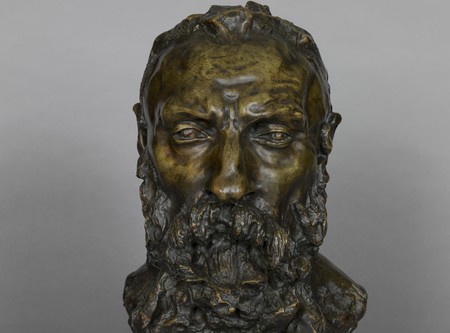 By the time she submitted The Waltz to the Salon in Paris in 1893 she was starting to gain recognition from the art establishment, making satisfactory strides — for a woman. She would never be judged on a par to her male counterparts. The work started to speak for itself, however, and in the spinning couple there is a sense of vitality and a life force that goes beyond a literal reading of the dance and gives the work a symbolist standing. Incidentally, French composer Debussy was said to have had a brief romance with Camille and to have kept a small cast of The Waltz on his piano until his death. 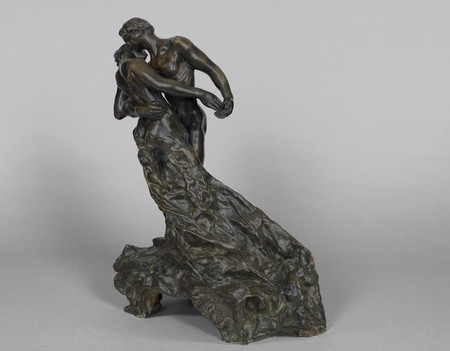 The tumultuous love affair pushed Camille to breaking point. While Rodin spent months at a time living with her, his long-term partner Rose Beuret, mother of his child, remained at Rodin’s main residence and though unmarried at the time, was referred to as Madame Rodin in some circles. When forced to chose, Rodin broke up with his young lover. On first impression, L’Âge Mûr appears to tell the story of the love triangle, with the crushed Camille imploring on her knees. A further sense of the work comes to the foreground with a second reading: the allegory of time, with man torn away from youth and being reluctantly led away by implacable destiny. 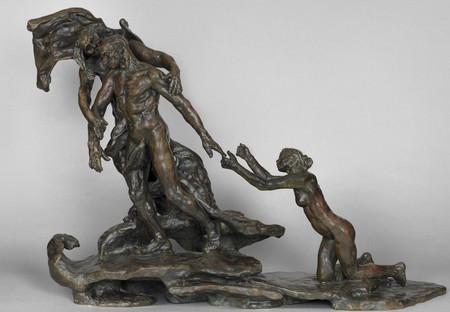 Is creativity tied to madness, or is it just that the nature of the genius to forge ahead of its contemporaries and necessarily be misunderstood by them? Presented as a nature study, the group of female figures in Les Causeuses marks a stylistic departure by Camille, shedding the shackles of the student to break away from her mentor. There is a foreign air to these women, leaning in to gossip shielded by a screen. The different materials, protruding jaws and peculiar hairstyle all add a certain feeling of strangeness. Was the artist feeling as an outsider? Her father and brother exchanged correspondence expressing concern about her state of mind, as she become increasingly reclusive. 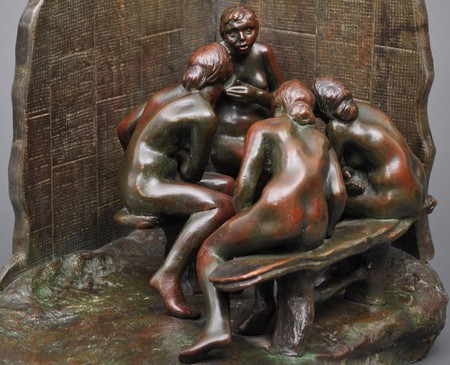 The last original sculpture Camille Claudel created was made in plaster in 1905 and cast in bronze in 1913. It was a bust of her brother Paul Claudel at 37 years of age. Following the death of her father in 1913, she was committed by her family and would spend the rest of her life in two mental asylums. ‘I have fallen into an abyss’ she wrote, ‘I live in a world so curious, so strange. Of the dream that was my life, this is my nightmare.’ She would never create again. 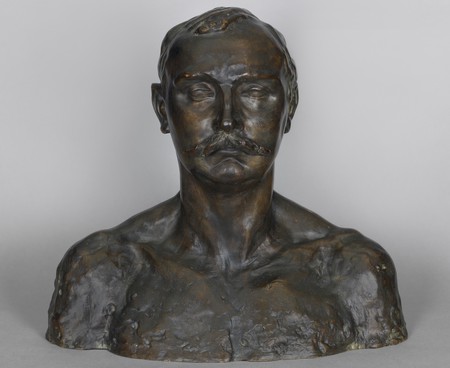