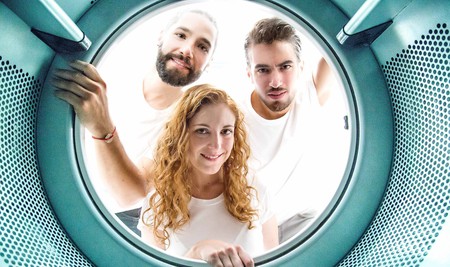 Since Hemingway extolled the virtues of a youth spent in Paris, the city has held a special charm for 20-something travelers and expats. If you’re lucky enough to get a taste of this moveable feast, follow our 20 tips to making it an experience you’ll never forget.

Indulge in an affordable Michelin-starred meal

In Paris, treating yourself to some haute cuisine isn’t just the reserve of the rich and middle-aged. For a reasonably modest amount, you can eat in one of the city’s 97 Michelin-starred restaurants. Two favorites are Septime and Benoit. 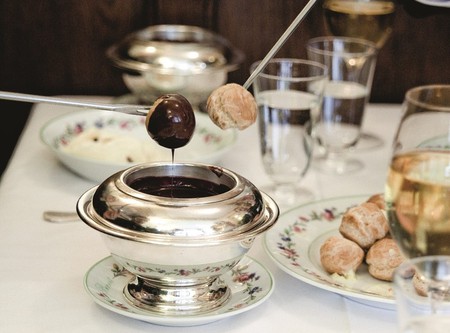 The city’s grey zinc rooftops are one of its most attractive features, despite UNESCO’s decision not to grant them heritage status (yet). There’s nowhere better to admire them than from a rooftop bar, with a drink in hand and a DJ on the decks nearby, and Le Perchoir in the Marais is one of the best.

Sip an evening apéro by the Seine

If you haven’t got a head for heights (or the high prices that rooftop terraces often charge) then the banks of the Seine make for an equally splendid spot for an early evening beverage. You can picnic in the newly opened Parc Rives de Seine or head to the Quai d’Orsay’s trendiest bars, Rosa Bonheur and Faust. 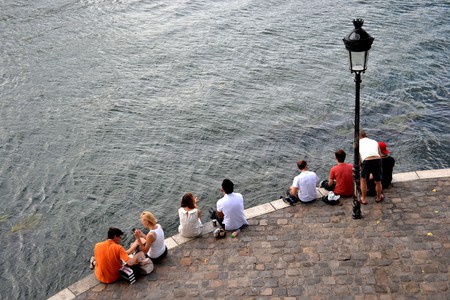 Cruise on the canals with your pals

Even more fun by and on the water can be had on Paris’ canals, which start at the Bassin de l’Arsenal near Bastille and open up into the Bassin de la Villette in the 19th arrondissement. Here you can rent various rafts and kayaks from the Base nautique or cute cruisers for between 5 and 11 people from the Marin d’Eau Douce.

The only thing better than a chic cocktail bar is one that nobody, or at least not everybody, knows about. Among Paris’ most fun secret bars and speakeasies is LAVOMATIC, accessed through a washing machine-shaped door in a launderette near Place de la République. Culture Trip will also keep you up-to-date with news of pop-up venues like last summer’s La Friche and Grand Train. 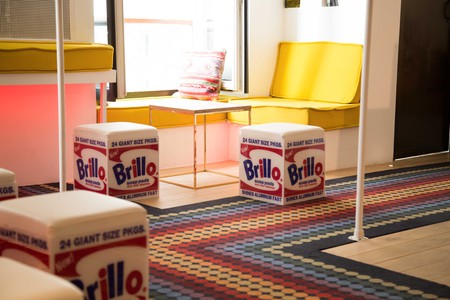 Behind the washing machine at Lavomatic │ Courtesy of Lavomatic

Party in the streets on Fête de la Musique

There’s always plenty for the music lover to enjoy in Paris but one of the biggest events on the calendar is the Fête de la Musique, which takes place on June 21. Started here in 1982, it’s now celebrated in more than 700 cities around the world. Live music can be heard on every street in the capital and the party lasts right through the shortest night of the year.

Watch a movie under the stars

During the capital’s hot (and, if you go anywhere near the metro, smelly) July and August days, air-conditioned movie theaters provide some of the best relief. However, at night, by far the best way to experience film in the city that gifted it to the world is at its open-air cinema at the Parc de la Villette. 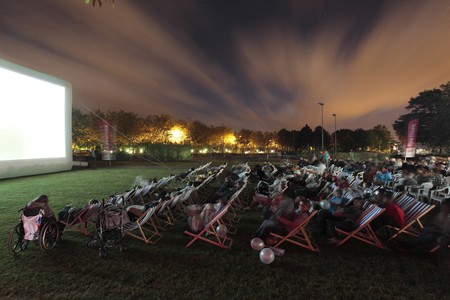 Another major highlight of the summer is Bastille Day – or, as the French call it, Le 14 (quatorze) Juillet. Things kick off on the evening of July 13 with dozens of neighborhood parties held at, of all places, fire stations. The next day brings a massive parade on the Champs-Élysées, a concert on the Champ de Mars, and a huge firework display at the Eiffel Tower.

Keep your inner child alive at a fun fair

Despite their reputation as the world’s chief connoisseurs of high culture, the French have a huge appetite for fun fairs and amusement parks. The three big ones in the capital are the Foire du Trône (March to May), the Fête des Tuileries (June to August), and the Fête à Neu-Neu (September to October). Through the autumn and winter, you can also ride the Big Wheel on the Place de la Concorde or go all out with a day at Disneyland. 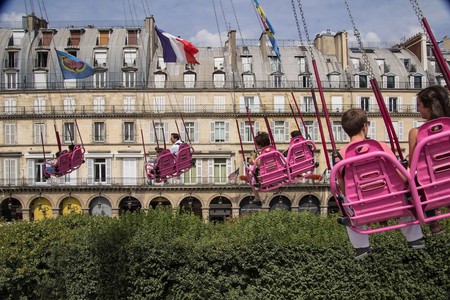 Delve for vintage treasures at the Marché aux Puces

You could spend an entire weekend digging through the 14 markets and hundreds of stalls at the Marché aux Puces in Saint-Ouen but if it’s vintage clothing or records you’re looking for then head straight to the Marché Dauphine. You can also do some excellent vintage or antique shopping without leaving central Paris.

Invest in a work of art without bankrupting yourself

The best art collections in the world are started early and with limited means. If you’re looking to invest in some affordable art during your time in Paris then think of heading to alternative galleries like 59 Rivoli, a former squat, or to specialist fairs like the Grand Salon d’Art Abordable. 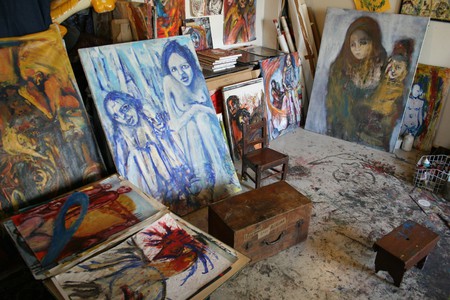 Rule the boulevards with PariRoller

Skate culture is alive and well, if inevitably bruised, in Paris, with dedicated parks and commandeered spaces across the city. The three-hour rides organized by PariRoller on Friday nights and Sunday afternoons are one of the most unique ways to experience the city. You can also set off on your own adventure using our helpful guide.

Find inner peace with yoga in the Tuileries

Thankfully in a city where pounding your car horn is the first resort for solving the simplest of traffic problems, options for practicing yoga and meditation in Paris are bountiful. For even more serenity and financial peace of mind, sign up for an Affordable Yoga class in the Jardin des Tuileries. 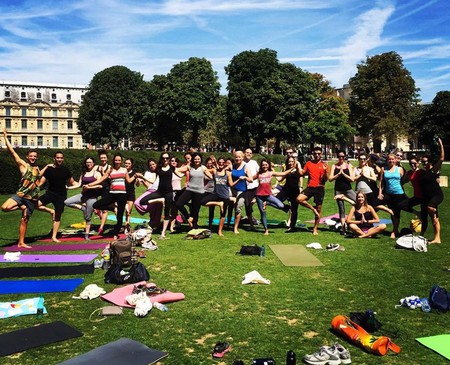 Perfect you ball toss with a game of pétanque

Lawn bowls might not get the juices of 20-somethings outside of France flowing but the nation’s equivalent is crazy popular among the capital’s millennials. You can play a game of pétanque at specialist bars or in pretty much any park or public square with around 15 meters of clear gravel.

You’d be hard pushed to find a city with more trend-setting concept stores than Paris. Whether it’s for fashion or interior design, the locals have completely embraced the multi-brand approach to shopping. Three essential addresses to visit are Colette, Merci, and Centre Commercial.

Admittedly, Paris doesn’t have the same reputation for clubbing as London or Berlin but it does have a few solid options for a night under the strobe lights. Among the more unusual options are YOYO at the Palais de Tokyo, one of the city’s leading contemporary art museums, and HORS SERIE, which has so far been hosted by the Gare Saint-Lazare and the National Velodrome.

Try not to blush at a saucy cabaret

Some might think that cabaret in Paris begins and ends with high-kicking girls of the Moulin Rouge but there are a whole host of alternative venues to experience. Our top tips for a night out away from the tourist crowds are the Crazy Horse and the Paradis Latin. 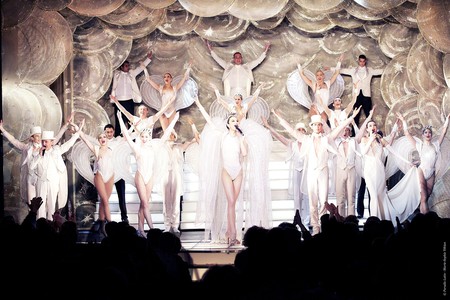 Aside from sinking into a comfy leather armchair for an evening of live music at one of the city’s many jazz bars, the best way to time travel back to the days of Hemingway and the Fitzgeralds is to take a Charleston or Lindy Hop dance class. Shake That Swing is the best school in town and it also puts on amazing soirées.

Unless you’re lucky enough to stumble across a bizarre happening by one of Paris’ zaniest contemporary artists, the most surreal art event you’re likely to experience arrives dependably every year on the first Saturday of October. Nuit Blanche brings the entire city out into the streets for an all-night immersion in a series of installations. 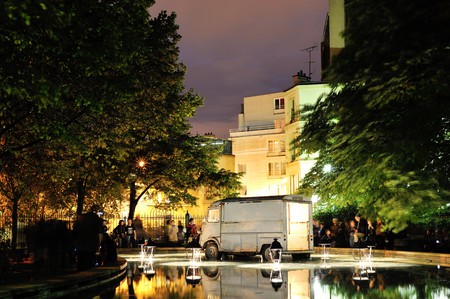 Get into the Christmas spirit

It’s at Christmas that the City of Light really earns its title. The illuminations along the Champs-Élysées, and pretty much every other street, are spectacular as is the shopping. You can also ice skate hallway up the Eiffel Tower or under the glass roof of the Grand Palais and indulge in seasonal delicacies like oysters and caviar.