10 Top French Comedians You Should Know 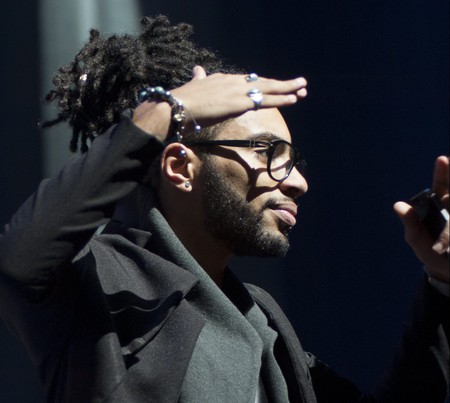 You know you’ve made it as a second language speaker when you make it through a local stand-up’s show, getting every punchline and never once laughing out of turn. (Even if you only understand one joke, you’re doing pretty well.) So, before venturing out for an evening at one of Paris’ comedy clubs, try tuning your ears with the help of these hilarious French comics.

Known as the ‘Seinfeld of France’ and voted the funniest person of the year in 2007, Gad Elmaleh is a veteran of the contemporary French comedy scene. With his fifth one-man show, Papa est en haut (2007), he entered the record books as the first comedian to sell out Paris’ Olympia theatre for seven consecutive weeks. In the end, one million people paid to see the show. More recently, Elmaleh has appeared in big budget films like Midnight in Paris (2011) and in 2015 he moved to New York to try to break into the North American market.

Another modern comedy legend, Florence Foresti, or Madame Foresti as she’s known to her legions of fans, got her break in 1998 when appearing in the all-woman trio Les Taupes Models – the title being a homonym of the English ‘Top Models’ but meaning ‘The Model Moles’ in French. She hit the big time soon after and between May 2009 and April 2011 staged her sellout show MotherFucker, inspired by a T-shirt worn by Madonna, that told of her experience of motherhood. She cemented her reputation as a national treasure when she hosted the 41stCésar Awards – France’s answer to the Oscars – in February 2016.

One of the scene’s hottest newcomers, Fary won the SACD Prize at the Festival L’Humour en Capital in 2012 at the age of just 21. That same year he joined the cast of the sixth season of the hugely popular Saturday night Canal+ show Jamel Comedy Club. Since then, he has taken his one-man show, Fary is the New Black, a masterclass of smooth style and elegant phrasing, to all of Paris’ most prestigious venues, including the Point Virgule, Salle Pleyel, and Bobino. Below you can see him musing on the multifarious pitfalls of a night out in Paris.

Nicole Ferroni put on her first one-woman show, L’Œuf, la poule ou Nicole ? (The egg, the chicken, or Nicole?), in 2010 while working part-time as a Biology teacher in Marseilles. Following its success, she relocated to Paris and focused on her stand-up career, joining the cast of the France 2 show On n’demande qu’à en rire (All we ask is that it’s funny). Now a regular on national radio and TV shows, her Facebook video in April 2016 calling into question the secrecy laws of the European Parliament attracted seven million viewers in just two days, a figure that has since doubled.

Another French comic whose first audience was the nation’s children, former youth leader Baptiste Lecaplain launched his career in 2006 and went on tour with his autobiographical show Baptiste se tape l’affiche in 2008. Hailed as the best of his generation in 2010 by Gad Elmaleh, who heads up this list, he went on to appear in numerous film and television roles in the early 2010s. In October 2014, he joined the cast of the revamped radio show Les Grosses Têtes on RTL and the following year went on tour with his latest show Origines.

Originally from Nantes, Ahmed Sylla made his debut on the comedy scene of the capital with his part in the Samba Show at the Théâtre Bobino in 2010. From here, he went on to become a regular alongside Nicole Ferroni on On n’demande qu’à en rire, where his name gained household recognition thanks to his outlandish characters. His first one-man show, A mes délires!, came in 2012 and he followed this up in 2014 with Avec Un Grand A, which he has been touring ever since.

Shirley Souagnon rose to fame quickly after launching her stand-up career in 2008 with Sketch Up! at the Théâtre Le Bout in Paris, winning the Volkswagen Route du Rire award in 2009 and the title of Young Talent of the Year at the Festival Youhumour in 2010. That year, she joined the Jamel Comedy Club and opened for the legendary actor and comic Franck Dubosc at the Olympia. Her second show, Free! The One Woman Funky Show, mixed comedy with music, with help from her house band, The Krooks, and her third, Mr. Shirley, went on the road in September 2016.

A student of theater from the age of seven, from 2009 Kev Adams simultaneously attended law school at the University of Paris X-Nanterre and pursued an acting career. His success in the comedy world came almost immediately, with opening roles for Anne Roumanoff at the Olympia and Gad Elmaleh at the Palais des Sports. His own one-man show, The Young Man Show, toured France and Switzerland between 2009 and 2012 and he followed this with a special at the Bataclan, Test… Voilà, Voilà!, in November and December 2013. He has since landed major film roles, most notably in the Les Profs franchise.

Bun Hay Mean, who also goes by the name le Chinois marrant (the funny Chinese man), was born in Bordeaux in 1981 to a Chinese mother and Cambodian father. He quit his job in IT in 2006 to pursue his passion for stand-up but it wasn’t until 2014 and his arrival on the set of the Jamel Comedy Club that he gained widespread acclaim. Since 2016, he has been touring with his outrageous eponymous show Chinois Marrant dans la légende de Bun Hay Mean.

Alex Lutz and Bruno Sanches, the men behind Catherine & Liliane, are both accomplished actors and comedians in their own right but it’s for their regular segment on the Canal+ show Le Petit Journal that they are best known. The pair play a wonderfully witless duo of middle-aged office workers, whose principal task appears to be leafing through glossy magazines and commenting on the celebrities and politicians contained within. Their ultra-coiffed, high-pitched draggery is the perfect antidote to a gloomy day (or year).