You're Only a Bordeaux Expert If You've Done These 11 Things 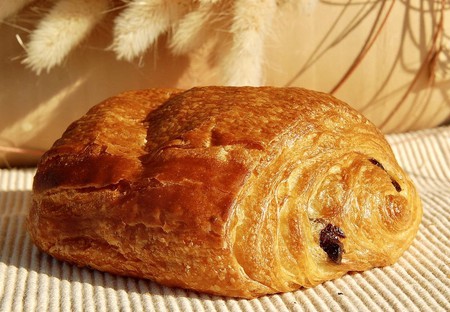 The recent popularity of Bordeaux has brought many people to move to the southwest of France. If you are planning on living in Bordeaux for a while, these are the things that you should know if you want to be seen as a “local.”

While you are in Bordeaux, you will certainly indulge in the local delicacies and spend some time in the city’s bakeries. And one thing you want to do is to make sure that when you crave for a buttery pastry filled with chocolate you ask for a chocolatine and not for a pain au chocolat. This term is used in Bordeaux but also in many parts of the French southwest region. And for many people in this area, a pain au chocolat is bread with a piece of chocolate in it. Of course, no one will throw rocks at you if you are asking for a pain au chocolat, but in some cases, it might hurt your wallet.

Become familiar with the local jargon

French is, of course, the language used in the town, but there are some idioms that one should know in order to navigate in the city. For instance, “gavé” is a word you will hear often in Bordeaux (although it is mainly used between friends and by younger people), which means “a lot.” For example, if you are in pain and want to say that your back hurts, in Bordeaux you will say “J’ai gavé mal au dos” instead of “J’ai très mal au dos.” When you are doing some shopping and you should ask for a “poche” instead of a “sachet” at the cashier. You could also use “enki!” at the beginning of your sentences to show your stupor about something that has just happened but people might think you are trying too hard.

Darwin is not the only cool spot on the Rive Droite

This hip eco-system located on the right bank of the Garonne river is very popular among locals. Ideal for a brunch, the huge venue has a shop where you can buy organic products and drink excellent coffee. In addition to that, you can walk in and enjoy for free the nice artwork that is showcased in the outdoor space. And if you really want to be seen as a local, you will say that Darwin is overrated and that there are other cool places on the “Rive Droite,” such as Le Caillou du Jardin Botanique, Les Chantiers de la Garonne, or La Guinguette chez Alriq (only open in the spring to mid-October), to name a few.

You know when to go to the Arcachon Bay

Because you know better (or have friends living in the area), you know that the Arcachon Bay is swamped with tourists during the summer and that although you will still have fun in the sea, you would rather go there during the spring up until the early days of the summer in June. You will see mostly Bordeaux locals who are looking for those weekend gateways on “Le Bassin.”

You know all the cool spots in Les Chartrons

Les Chartrons is definitely the most popular neighborhood in Bordeaux. Locals and tourists appreciate this village vibe right in the center of the town. In recent years, a plethora of cool places, from cafés to wine bars and crafty shops have opened in this area. If you claim to be a Bordeaux expert, you will know where to go for your afternoon tea, where to have brunch on Sunday, and which wine bar is the perfect place to catch up with your friends.

You are riding a bike

It might get a little chilly in the first days of the winter, but every person living here knows that a bike is Bordeaux’s smartest transportation. The fear of being trapped in a traffic jam is not an issue for you anymore because you know that unless a natural disaster strikes, your bike will never let you down. You can purchase your own or use one of the many bikes available through the VCub system.

You know where the cool wine bars are

You can’t help grinning when you see tourists rushing to the Cité du Vin…Although the architectural beauty is considered by many as the world’s wine museum, you are like most locals who say that this not the place to learn about wine. Like a shepherd, you redirect the lost sheep toward the best wine bars in town. And that’s because you believe that you don’t learn about wine by following a guide but by sitting at a table with a platter of cheese and good company.

You brag about the city…a lot

Bordeaux is a trendy destination and when you speak with locals you realize that they are very proud of their city’s popularity…and they have reasons to be! Apart from its beauty, Bordeaux is often praised for its great quality of life.

You know who Jacques Chaban Delmas is

If Alain Juppé, Bordeaux’s current mayor, is quite popular, everyone in Bordeaux knows Jacques Chaban Delmas, Bordeaux-then mayor who ruled the city from 1947 to 1995. A symbol of his importance in Bordeaux’s history is the impressive statue of the deceased politician (who was also President Pompidou’s prime minister) you can see in the city center, only a few steps away for the iconic Saint André Cathedral. Other emblematic projects in town were named after Chaban Delmas, such as the old football stadium of the Girondins de Bordeaux (originally called Parc Lescure) and the vertical-lifted bridge inaugurated in 2013. 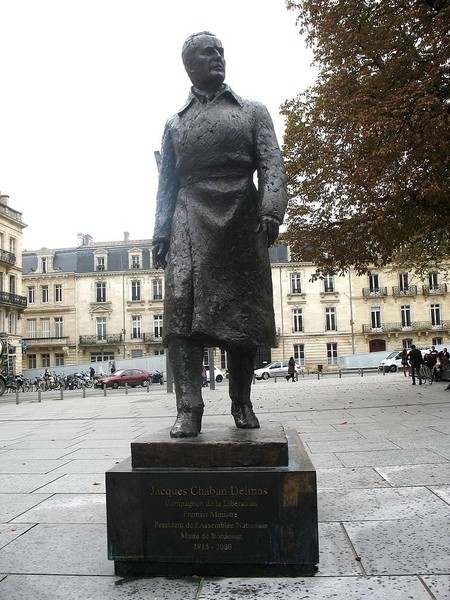 You buy your veggies and fruits at “Les Capus”

You can’t be considered a Bordeaux expert if you don’t know the Marché des Capucins (also known as “Les Capus”), Bordeaux’s most famous market in the Saint Michel neighborhood. Shunned by a large portion of the population due to the area’s bad rep for many years, it is has gained a new appreciation since its renovation a couple of years back. The cordial atmosphere and the great goods from local producers make it one of the inhabitants’ favorite hangouts.

It might sound really odd for many since the Sainte Catherine street is Europe’s longest shopping street, but most of the stores you will come across are similar than those you will see in any big city around the world. The cool boutiques where you’ll find unique and vintage pieces are often located on side streets and less touristy areas.