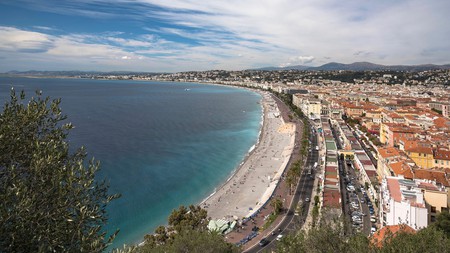 Imagine watching a philharmonic orchestra playing a magnificent concerto outside a disused abattoir. As incongruous as it sounds, in Nice, on France’s Côte d’Azur, a warehouse that used to be a slaughterhouse has been transformed into a must-see cultural attraction.

Le 109 is an expansive cultural centre in the heart of Nice’s Cimiez neighbourhood – but it wasn’t always the cheerful creative hub that it is today. For many years, the site was home to a large abattoir which was the focus of business in the community. Here, we track the history of this fascinating site, and explore why it has become one of the French Riviera’s edgiest spots.

Nice’s abattoir was opened in the 1960s

It was one of the most modern abattoirs in Europe at the time, and was built in the Cimiez neighbourhood of Nice in the 1960s. Animals were shipped in from all over France to be slaughtered here, ordered by local butchers for their customers in Nice and the surrounding area. At the height of its productivity, hundreds of animals were killed in the abattoir each day to fulfil the needs of local butchers and their wholesalers. 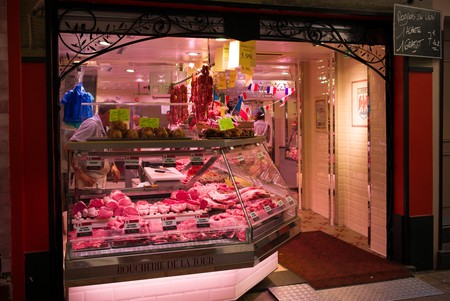 Changes in regulations led to its closure

During the 1980s, the economic situation began to change in Nice, which had an effect on the abattoir. Smaller wholesalers closed down, reducing the demand for meat from the large site. At the same time, French regulations were coming into place which made running an abattoir of this size more and more challenging; rules on how to process meat and improvements in the treatment of animals were making the process more expensive, and better working conditions were required for employees. Nice’s abattoir closed in 1988, leaving many people out of work, some of whom were forced to take early retirement or search for work in other regions.

Once busy with life, the area around the abattoir soon became deserted

The abattoir remained derelict, isolated on the outskirts of Nice, for over 20 years. In 2017, Alain Philip, general director of technical services for the City of Nice, explained the dramatic reversal of fortune for the neighbourhood in a TV interview on France 3: “This area was incredibly dynamic in the 1960s when it was an abattoir. The whole neighbourhood lived around the work the abattoir provided, and it was a place where people came to eat out in the evenings. After its closure, the neighbourhood was excluded, abandoned and people were afraid of coming here.” 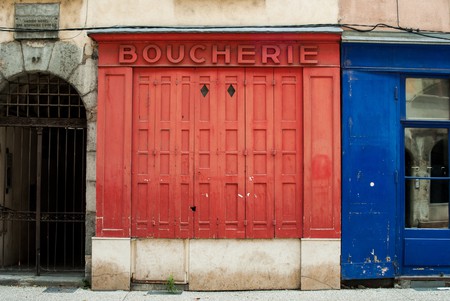 When Nice’s abattoir closed, many people were left out of work | | Shawn Waldron / Getty Images

In 2008, the local authorities made a novel decision and decided to completely strip out the insides of the building and turn the 18,000 square metres (194,000 square feet) into a cultural destination – a huge project which took just under 10 years from start to finish. Nice’s new cultural hub, Le 109, was born.

Now, the former abattoir has been developed into arts space Le 109

Le 109 opened soon after, and a host of small organisations were invited in to revitalise the space with a variety of inspiring and educational creative projects. Today, The Station is an area dedicated to showcasing 12 contemporary artists, alongside the 29 other artist studios constructed in the old abattoir. Meanwhile, Le 109 also houses L’Entre-Pont, a federation of performing arts associations that run a multidisciplinary space for theatre, dance and circus acts. 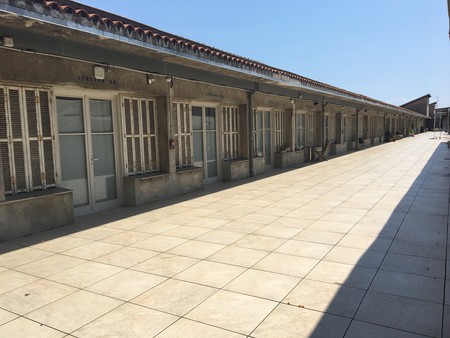 Cédric Teisseire, the artistic director for Le 109, suggested in an interview that the site is perfect as a place to welcome contemporary artists who are experimenting with new forms of expression or simply need a place to work. Le 109 also welcomes members of the public to engage with the exhibits and events – which span the mediums of art, music, film, dance and photography – in a unique space with plenty of history. Eschewing any elitist connotations with traditional white-walled galleries, Le 109 is intended as a place for up-and-coming artists to express themselves freely in a range of experimental practices; the public in turn gets to feel they have played some part in its creation. 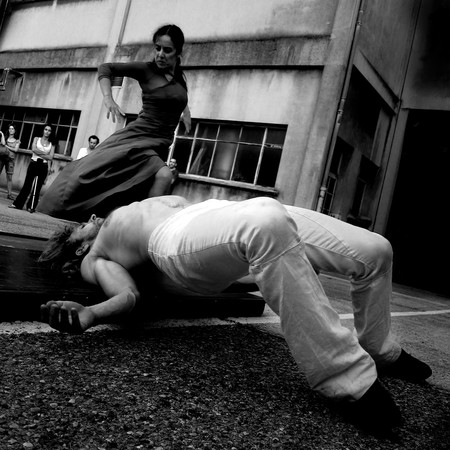 Alexandre Ivaldi, who was warden of the abattoir from 1991 to 2000, is incredibly supportive of the transformation of the site. “We have protected the space, the memory and the soul of the abattoir to remember people’s livelihoods and to inspire the young to take up professions involving animals, to interest them in art… and to revive the neighbourhood and keep it alive.”

The programme at Le 109 offers a vast array of different artistic delights. Previous offerings have included Cocktail Electro, an exhibition of drawings of equipment that took the viewer through the evolution of electronics, from the Walkman to the MP3 player. There are also regular open mic nights for anyone who wants to try their hand at improvisation or storytelling, and evening clown workshops for adults, as well as holiday clubs for children. In the evenings, events have included ambient music sets or an silent movie screenings scored by live orchestras.

In the future, there are plans for a new library and room for start-up businesses, to continue the company’s mission to inspire and engage the surrounding community. 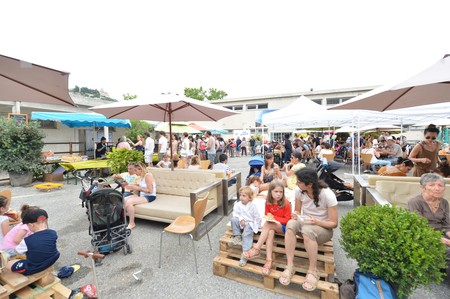