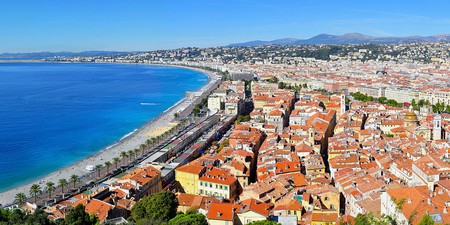 Mediterranean cuisine, heralded as being the healthiest in the world, is luckily for us, also the most delicious. The Niçois are immensely proud of their local dishes and (like everywhere in France) have a deep appreciation for good food. So for a tantalizing taste of this local culture while you’re on the move, here are the five must-try street-food delicacies of Nice.

This griddled chickpea flour and olive oil pancake, is by far the most popular and iconic dish of Nice. Emerging fresh out of the wood-fired brick oven, golden and crispy, this is truly some of the best melt-in-the-mouth finger food you’ll ever find. Nowadays it is often served as a starter or a street snack in its own right, but back in 1860 it was traditionally ‘peasant’ food served up to the tobacco factory workers, dockers and fishermen as part of their ‘merenda’ or afternoon snack. Its popularity speaks for itself, the dish can be found from Marseilles to Toulon, referred to as cade and in the Liguria region of Italy as farinata.

Variations of the recipe have spread throughout the Mediterranean to become the national dish of Gibraltar: calentita and the spiced North African interpretation, karantita. It can even be found as far-flung as Argentina and Uruguay in the form of fainà! Back in Nice, its incredible deliciousness has seen it recently transformed into Socca chips and even Socca beer! All in all, this is good, old-fashioned authentic street food. Be generous with the pepper, find a spot in the sun and a chilled glass of rosé to wash it down. 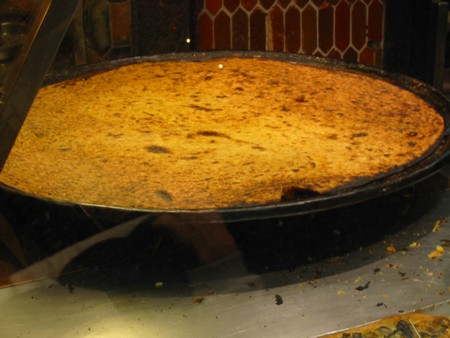 (Or torta de blea in the vernacular, Nissart) translates as Swiss chard tart. Yes, that’s right, a vegetable-based dessert… Before you recoil in horror, it is actually surprisingly tasty! The recipe is also available in a purely savory version for those of you who remain unconvinced. If you are unfamiliar with Swiss chard, it’s a highly nutritious cousin of spinach and kale. Despite a misleading name, the plant’s origins are very much Mediterranean. What you must remember is that the hot weather in Nice is wonderful in every sense, except agriculturally. Swiss chard, however, is a hardy plant that grows naturally in the mountains around Nice, giving rise to a local cuisine that is inventive with its use of vegetables.

‘Traditional’ recipes differ and are a great source of contention among locals but it invariably contains Swiss chard and pine nuts. The sweet version features alcohol-soaked raisins, apples or pears, a sugar glaze over the tart and often a dusting of powdered sugar. The savory: bacon, rice, egg and Parmesan cheese. Unmissable, tourte de blettes is not only a creative take on leafy greens but also an integral part of the cultural and gastronomic heritage of Nice. The best time to buy is from October to July when Swiss chard is in season and this pudding is usually enjoyed room temperature or cold. 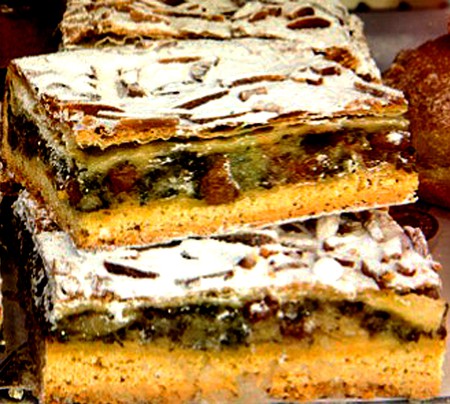 A Mediterranean take on the humble sandwich. Prepare to be disappointed if you are not a fan of olive oil… Quite literally meaning ‘bathed bread’, it was named so because of the liberal olive oil dousing essential to preparation. The bread importantly is pain de campagne, a large whole-wheat country roll, this itself has to be substantial enough for the copious amounts of juicy filling and act as sponge for the olive oil.

The filling is essentially a salade niçoise! Consisting of hard-boiled eggs, sliced tomatoes, olives, garlic (which is sometimes rubbed directly onto the bread) tuna and/or anchovies. Optional seasonings include: balsamic vinegar, salt and pepper, but above all never mayonnaise, mayonnaise is sacrilege. Basically you have all the best local seasonal produce crammed into one succulent sandwich. Pan bagnat makes for hearty picnic fare if you’re headed to the beach or Colline du Château. Best enjoyed fresh, but that said, the flavors do meld deliciously after a few hours. And the olive oil does a wonderful job of keeping the bread soft. 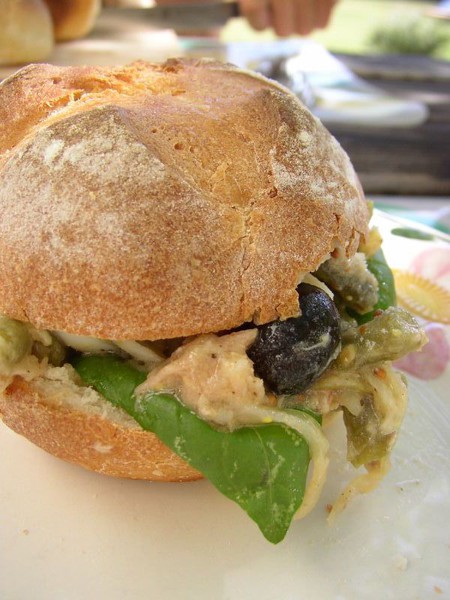 Nice certainly is town that has a penchant for salty-sweet combinations, and pissaldière, like the tourte de blettes, is a fine example. Considered by some as the original Provençal pizza (be warned, no tomato or cheese), pissaladière is essentially a flat open faced tart topped with caramelized onions, anchovies and olives. The bread base is thicker than that of a traditional pizza and closer to the texture of focaccia. The onions are sautéed for at least two hours on a very low heat with bay leaves and herbs, until practically puréed.

The sweetness of onions complements the salty anchovy paste perfectly. The final touch is some caillettes (black olives of Nice) and whole salted anchovies. Don’t be surprised to see this served as an appetizer. Pissaladière, like the pan bagnat, socca and tourte de blettes are common sights and available from most boulangeries, patisseries or one of the many street vendors and markets in Nice. 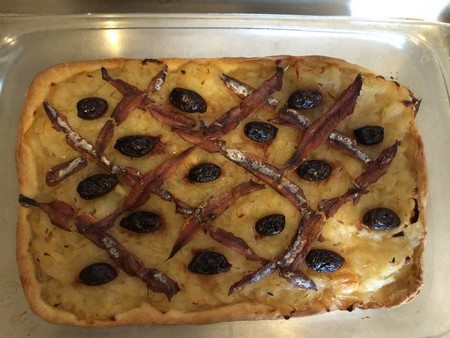 Up the coast from Nice towards Italy is the principality of Monaco where once again our old friend the Swiss chard makes reappearance in this Monegasque speciality. Barbagiuan (in Monégasque) literally translates as ‘Uncle John’. Legend has it that Monsieur Jean, not having any sauce for his Swiss chard ravioli decided to fry them for his guests instead. Essentially barbajuan is a fritter stuffed with: Swiss chard, ricotta, garlic, Parmesan cheese, onions, spinach and/or leeks, all wrapped in thin pastry fried until golden brown.

Depending where you buy them, they come with ham in the filling or are otherwise purely vegetarian. This is a perfect snack for any time of day but also makes for an excellent appetizer. If you happen to be in the Principality on the national day, November 19th, likelihood is you will see these little savory bites of heaven everywhere. Feeling peckish yet? 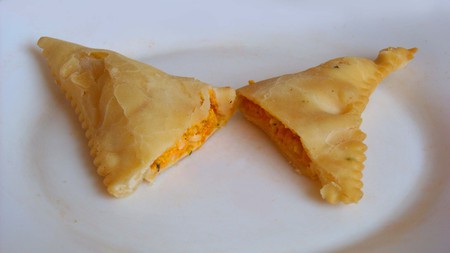 ©Lemone/ Wikicommons
Give us feedback