Top 10 Things To Do And See In Bordeaux, France

Less hectic than Paris but just as beautiful, the French city of Bordeaux is the perfect summer destination. Its cultural and historical significance is enough to keep anyone busy, but add to that the world’s most prestigious vineyards and the proximity of the ocean, and suddenly the possibilities become overwhelming. Fortunately, we’ve compiled a list of the top 10 things to see and do to help with this dilemma. 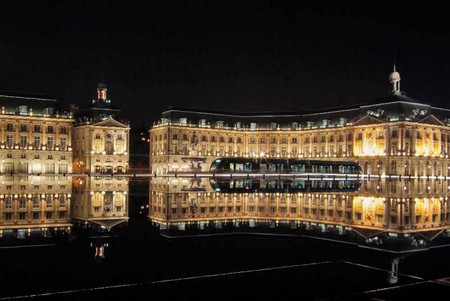 Place de la Bourse, on the edge of the Garonne river, is doubtlessly the most recognizable sight in Bordeaux. It is where you’ll find the ‘miroir d’eau’, a large shallow pool of water in which children and adults alike dip their toes as they admire the reflection of the Palais de la Bourse, an exemplar of classical French architecture. The square’s impressive symmetry is enhanced by a staggering attention to detail: figures on the buildings represent Roman gods and characters from Bordeaux’s rich merchant history.

The Jardin Public, or ‘public garden’ in English, is a 10-hectare-wide park in the center of Bordeaux. It was inspired by Versailles’s gardens, which give an idea of what a splendid place it is. It is the perfect setting for a picnic on a hot summer day thanks to a large lake in the middle, bringing some very welcome freshness. There’s many a remarkable element to attract visitors: an artificial waterfall, a natural history museum, and original iron railing important enough to have earned the monument historique label. 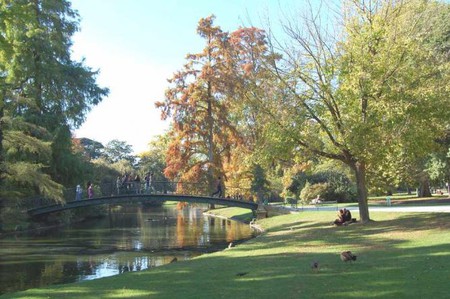 Enjoy an Apéritif On the Terrace Of a Bar or Café

On a late summer afternoon in Bordeaux, every café, bar, or bistro is full of people of all ages simply enjoying the end of the workday with friends. Joining them and partaking in an apéritif—a savory snack and an alcoholic drink—is a quintessential Southern French experience. It can last for hours and even turn into a light dinner and sometimes a night out. There are many bars, cafés, and restaurants in Bordeaux to have an aperitif; highlights include L’Alchimiste for their great cocktails, and HMS Victory.

What would Bordeaux be without its famous wines? To discover this aspect of Bordeaux’s culture and history, book a wine tour. There are vineyards all around the city itself, be it on the right or left bank of the Garonne, so the selection is huge. Companies like Rustic Vines Tours and Rendez-Vous Au Chateau offer tours of prestigious areas like Saint-Emilion, but don’t hesitate to try some bigger, less prestigious ones like Médoc. If a wine tour doesn’t seem appealing, there is also a wine range of wine bars: Bar à Vin or Le Verre ô Vin, to only name a few.

Bordeaux isn’t just about history and wine, it’s also a modern, vibrant city with exciting cultural offerings. This is exemplified by CAPC, Bordeaux’s contemporary art museum. There is a permanent collection, with 7 in situ works by artists like Keith Haring, Max Neuhaus and Niele Toroni, among others, but the focus is very much on the large and daring temporary exhibitions, often featuring artists who work in the Bordeaux area. Past exhibitions have shown works by Andrée Putman and Alejandro Jodorowsky. It is also a venue for various creative activities.

Book Now
After Place de la Bourse, Bordeaux’s most iconic landmark is its medieval Roman Catholic cathedral, Saint-André. It was consecrated as early as 1096, but what we can see today is most from the 14th and 15th century, with only a wall in the nave remaining of the original building. Strangely enough, there is a separate belfry, the Pey-Berland Tower, built from 1440 to 1500. Climb to the top for a great view of the city. The cathedral itself houses a collection of valuable religious items such as paintings and illuminations.
Open In Google Maps
Place Pey Berland, Bordeaux, Nouvelle-Aquitaine, 33000, France
+33556816436
Visit Website
Give us feedback

Catch a Show at the Grand Théâtre

The Grand Théâtre de Bordeaux is a neo-classical building now home to the National Opera. Watching a show is the best way to discover this beautiful locale as well as enjoy a high-quality ballet, opera, or concert in a unique venue. There isn’t anything on in July and August, which means that summer visitors won’t be able to take this opportunity, but for anyone else it definitely shouldn’t be missed. The interior was restored to its 18th-century glory in 1991, meaning that visitors can get a glimpse of what going to the opera 200 years ago could have been like.

Rue Saint-Catherine is Bordeaux’s main shopping street and allegedly Europe’s longest pedestrian shopping street, stretching on for 1.2 kilometer. It is chock full of all sorts of shops with all sorts of price tags: shoppers will find the usual high street brands like Zara and H&M for clothes, Hema for housewares, or Lush for cosmetics, but also independent stores. The few buildings that aren’t shops house restaurants or bars instead. Occasionally the entire street turns into an outdoors market for a few days. 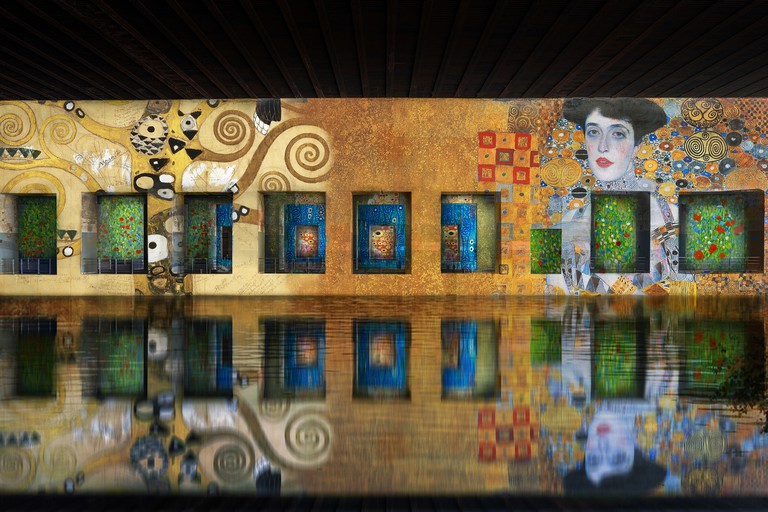 Courtesy of Base Sous-Marine
A former submarine base established by German and Italian forces to house U-Boats during World War II might seem like an unlikely destination but it is fact now a cultural center with many performances, exhibitions, and even the occasional club night. Its location on the Right Bank makes it a little off the beaten track and thus perfect for travelers looking for something atypical. It is unfortunately not open to visitors outside of exhibitions and events, so it’s impossible to just visit the building itself, but make sure to catch something exciting here instead.
Open In Google Maps
Bordeaux, Nouvelle-Aquitaine, 33300, France
Give us feedback

Bordeaux might not be by the ocean, but it’s close enough for a day trip, and the best part is the choice. Arcachon and its four beaches and seven kilometers of fine sand are less than an hour away, and it’s also a great opportunity to see the Dune du Pilat, Europe’s tallest sand dune. If Arcachon doesn’t catch your fancy, Lacanau-Océan, a great location for surfing, is a two hours’ coach journey away, departing from the central Victoire Square. If that seems too far away, there’s always the possibility of swimming at Bordeaux Lac, a lake accessible by tram.