The Best Things to Do in Cannes During the Film Festival 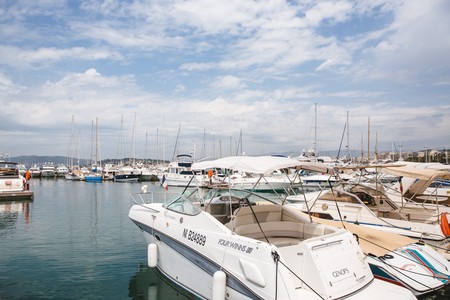 Cannes is a place that delights in offering lots of different ways to spoil yourself, whether it’s visiting the high-end boutiques, reclining on a lounger at one of the private hotel beaches, or sipping chilled rosé wine on a restaurant terrace. During Cannes Film Festival in May, nothing changes, except that there are more people doing this, and that they talk about film. Here’s a guide to what you should do during the festival, both film-related and not.

Don your best outfit outside the Palais hoping to get in 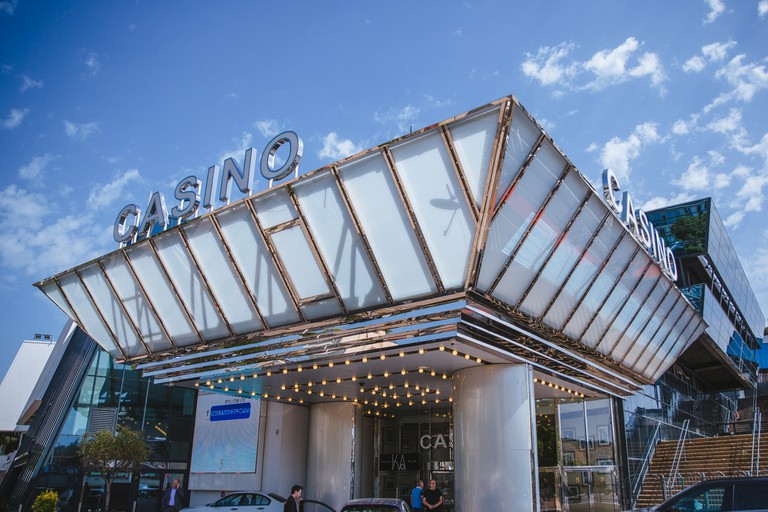 The Palais is where all the major screenings take place during Cannes Film Festival – it has 18 auditoriums. The classic images of stars photographed before their movie screenings during the film festival are taken on its famous red steps, outside the Lumière Theatre. The red carpet gets so dirty that it is changed three times a day (in contrast, the Debussy theatre has a blue carpet). Badge holders attending the festival get penalised for not turning up and leaving auditorium seats empty, so unused tickets will be brought back if they can’t be used, and re-offered to the public. It isn’t unheard of for particularly well-dressed visitors to be given one of these coveted tickets. For men, this means a tux. For women, a glamorous gown.

Take in the history at the Hotel Intercontinental Carlton 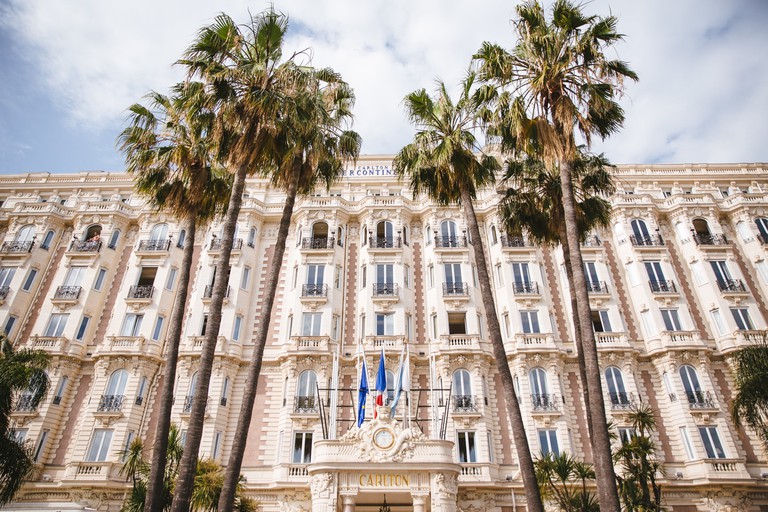 Carlton Intercontinental Hotel, Cannes, France | James Fenn / © Culture Trip
Book Now
The film festival is a busy time for Cannes and you need to be prepared to deal with the crowds. The best way to do this is to embrace the hustle and bustle and see who you can spot around town doing their fruit shopping in the market or while having dinner on a terrace. Head to the Hotel Carlton, where Alfred Hitchcock filmed To Catch A Thief in the 1950s, and wander the lobby to take it all in. If you’re lucky you might be able to secure a table in the restaurant (but be prepared to spend a lot of cash) or try a cocktail at the bar. Dress to impress or you won’t stand a chance of getting in.
Open In Google Maps
58 Boulevard de la Croisette, Cannes, 6400, France
+33493064006
Visit Website
Visit Facebook page
Give us feedback

Watch a film on the beach at cinema de la Plage 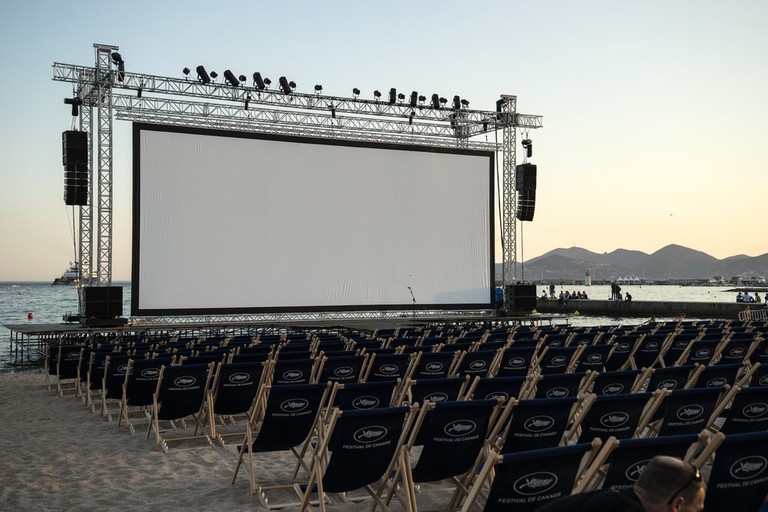 Throughout the Cannes Film Festival, one of the best places to see movies for free and to soak up some of the wonderful atmosphere is the open-air cinema screening at Mace beach. If you haven’t secured a ticket in advance for a seat, there’s no need to worry. You can spread a blanket out on the ground, open up your pre-prepared picnic and a bottle of wine, and enjoy the movie. Not all films are in the English language, so check beforehand. The cinema is opposite the Hotel Majestic, next to the Palais.

Rejuvenate with delicious food at the Marché Forville 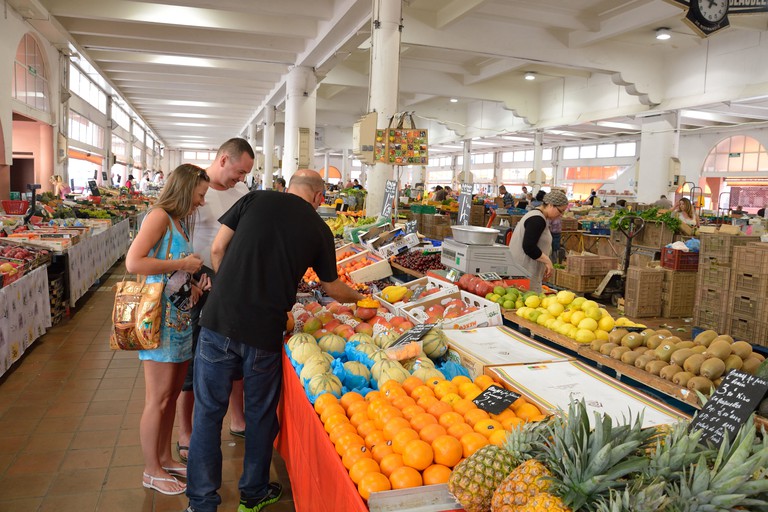 Marche Forville, Cannes | © Greg Balfour Evans / Alamy Stock Photo
The Marché Forville is a must-see for any visitor to Cannes and a foodie’s delight. On most days, vendors sell home-made fruits and vegetables as well as local specialities to eat for lunch. It’s a great picnic stop before heading up to the old town, Le Suquet, or down to the beach. But don’t go on Mondays, unless you want to browse for bargains, as that’s when the flea market is on instead. During the film festival, you might run into the rich and famous buying their fruit smoothies or just taking in the general atmosphere.
Open In Google Maps
5-11 Rue du Marché Forville, Cannes, 6400, France
Visit Website
Give us feedback

Hang out on La Croisette 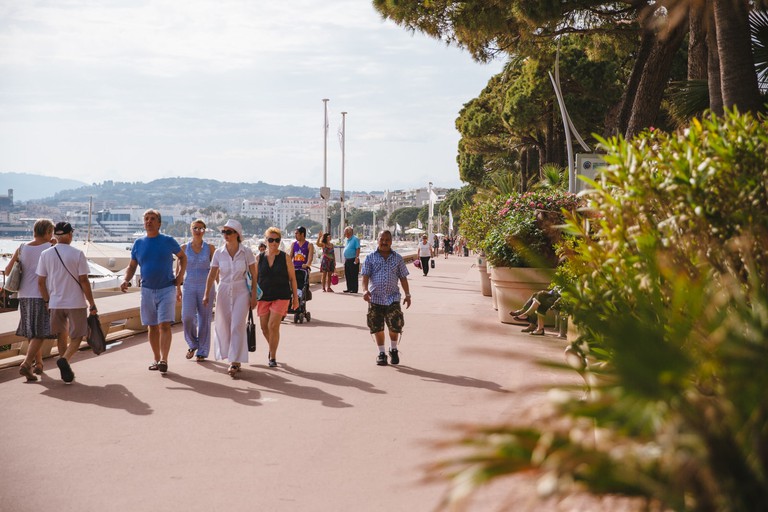 Boulevard de la Croisette, Cannes, France | James Fenn / © Culture Trip
La Croisette is the most famous walk in Cannes and is listed under the cultural inventory of France itself. The film festival takes place at the western end of La Croisette, so it’s a brilliant location for people-watching. It is certainly iconic – all two kilometres of it. Stroll the whole length, stop for a coffee, and end your walk by sitting on one of the free blue chairs along the way while taking in the view. It’s excellent at sunrise or sunset, rain or shine. This is also a great place to admire Cannes’ sculptures, buy a home-made ice cream from one of the many vans or watch the locals play pétanque, the French national pastime.
Open In Google Maps
Boulevard de la Croisette, Cannes, 6400, France
Give us feedback 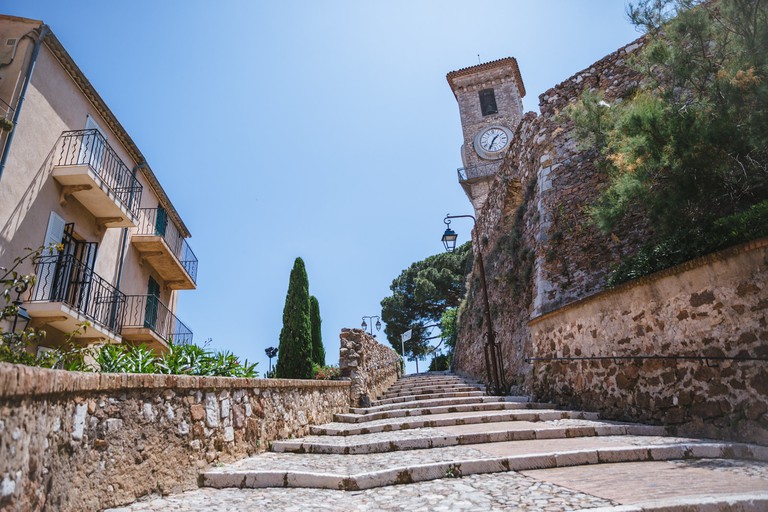 Old Town Le Suquet, Cannes, France | James Fenn / © Culture Trip
The old town of Cannes, Le Suquet, is charming. Walk around the neighbourhood, which looks over the old port; admire the architecture lining its cobbled streets; and visit the old castle, Musée de la Castre, as well as the pretty church, Eglise Notre-Dame d’Espérance. Cannes doesn’t have much in the way of historical sites – Fodor’s has even described the Musée de la Castre as ‘Cannes’ token cultural attraction’. But, built in the 11th-century by monks in a Gothic style, the castle is fascinating. The gems are inside, where there is an impressive art collection for such a small space. Le Suquet is a very pleasant escape from the craziness of the film festival or the hubbub of the shopping streets, and can feel like a step back in time.
Open In Google Maps
rue Louis Perrisol, Le Suquet, Cannes, France
Give us feedback
Give us feedback