The French Cookbooks You Need In Your Kitchen

Simple to complex, classic to modern, the cookbooks dedicated to French cooking are plentiful, with recipes for every taste and cooking level. We list the French cookbooks, both classic selections and new publications, that French food lovers should definitely have in their culinary collection. 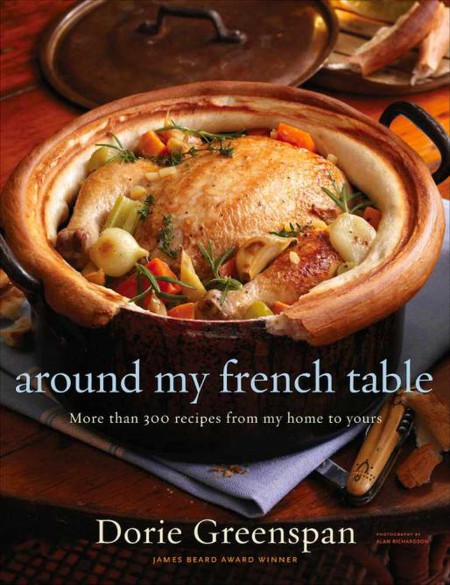 Around My French Table

A multi-award winning writer, Dorie Greenspan has produced 1o cookbooks, including her latest, Around My French Table. Experienced and novice cooks will find something of interest to create in their own kitchen. The cookbook features over 300 home-style recipes inspired by Dorie’s love of France, and it includes everything from traditional recipes to those with a creative spin. More than a cookbook, Around My French Table also gives readers a chance to learn about Dorie’s life in Paris, and why she loves it so. 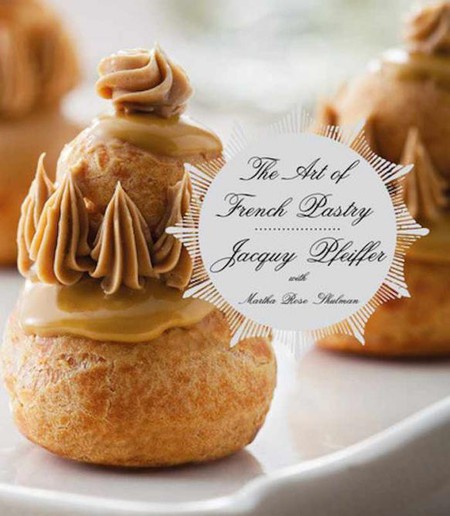 The Art of French Pastry | © Knopf

The Art of French Pastry

Anyone with a love for French pastries and desserts should definitely have a copy of The Art of French Pastry. Written by Chef Jacquy Pfeiffer, founder of The French Pastry School in Chicago, this cookbook is brimming with 75 recipes, all with clear step-by-step instructions, accompanied by beautiful photos to help guide the way. From classic French pastries to cookies to tarts to savory Alsatian specialties, all fans of French cuisine will find something to tickle their sweet fancy here. 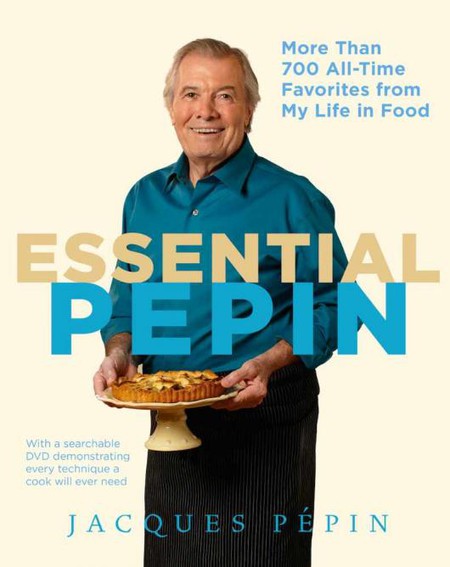 A world-renowned chef who has garnered numerous awards and honors, including the Legion of Honor (France’s highest distinction), Jacques Pépin has been cooking for over 60 years. Known for his characteristic streamlined recipes, Jacques has written 25 cookbooks and created thousands of classic recipes. Featuring over 700 recipes plus a DVD, Essential Pépin is a must-have collection of revisions from his out-of-print cookbooks plus a slew of new dishes that will inspire cooks of any level. The highlights include sausage, potato, and cabbage soup, which is perfect for a winter’s day, and the five-peppercorn steak. 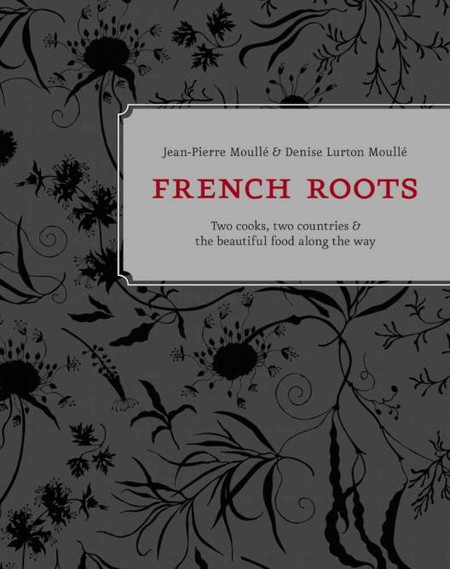 French Roots is a delightful cookbook and memoir by husband-and-wife duo Jean-Pierre Moullé and Denise Lurton Moullé. Jean-Pierre, ex-Chez Panisse executive chef, and Denise Lurton met in Berkeley in 1980, and the rest, as they say, is history. This lovely cookbook chronicles their lives from their native France to their time in California and is peppered with delicious recipes, both French and Californian, that will appeal to anyone with a passion for French cuisine. Beautifully written, the book also features an array of gorgeous photographs. 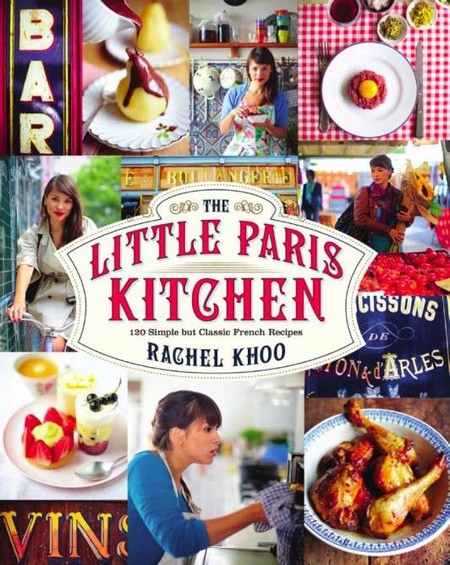 Television host and food writer Rachel Khoo is the driving force behind The Little Paris Kitchen cookbook, which features ‘120 Simple But Classic French Recipes.’ After moving to Paris to study at Le Cordon Bleu, Rachel became enchanted with the ‘City of Lights’ and made it her home. From ‘Snack Time’ to ‘Aperitifs’ and ‘Dinner with Friends and Family’ to ‘Sweet Treats,’ the charming chapters feature beautiful images to accompany wonderful, easy-to-follow recipes. Highlights from the cookbook include the Puy lentil salad with goat’s cheese, beets, and dill vinaigrette and the decadent citrus fruit cake known as quatre-quarts aux agrumes. 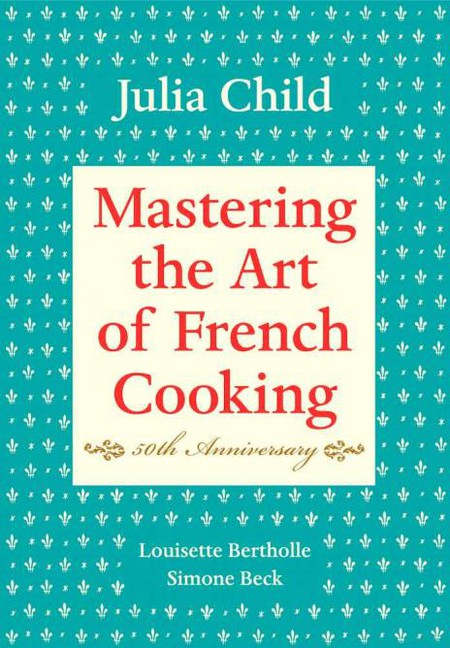 Mastering the Art of French Cooking | © Alfred A. Knopf

Mastering the Art of French Cooking

Mastering the Art of French Cooking is a two-volume classic. The iconic Julia Child, along with Simone Beck and Louisette Bertholle, created this classic cookbook that every food lover should own, especially those with an affinity for French cuisine. Designed to introduce French cuisine to Americans, this timeless masterpiece features an array of detailed recipes and techniques, from simple to complex, adapted for American kitchens through the use of American ingredients and conveniences. With over 500 recipes and 100 illustrations, the book is brimming with mouthwatering selections, including beef bourguignon, bouillabaisse, and cassoulet. 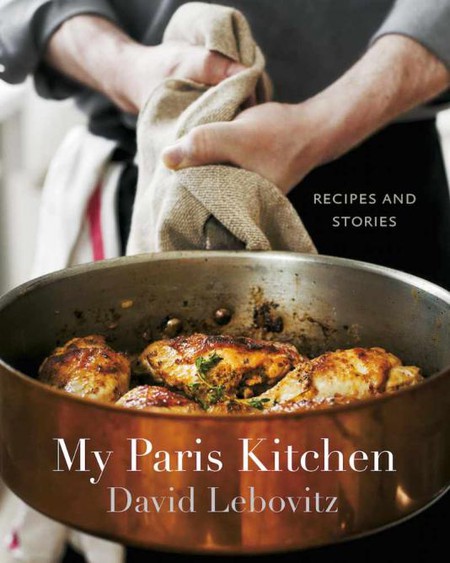 A professional cook and baker, and a famed food blogger, David Lebovitz left the Bay Area years ago and set up a home in Paris. He has written numerous books, including My Paris Kitchen, which is a fantastic choice for learning about the ins and outs of modern French cooking. Reflecting the way Parisians eat today, the cookbook features 100 sweet and savory recipes that will inspire anyone to get into the kitchen and cook. With recipes paired with his witty stories, this book will delight anyone who has an interest in food or travel. 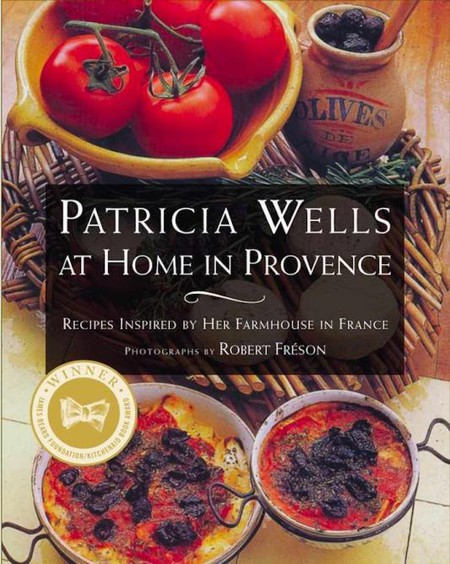 Patricia Wells at Home in Provence

Originally from the Midwest, Patricia Wells, a journalist, author, and cooking instructor, moved to France, first to Paris and then to Chanteduc in Provence, with her husband in 1980. Any home cook would be honored to take a class from Patricia (who has cooking schools in both Paris and Provence), but if that’s not possible, her cookbook, Patricia Wells at Home in Provence, makes for a wonderful alternative. With over 175 recipes, plus beautiful photos, the cookbook has dishes developed in her farmhouse kitchen to suit every taste, with highlights including curried zucchini blossoms and butter-roasted herbed chicken.