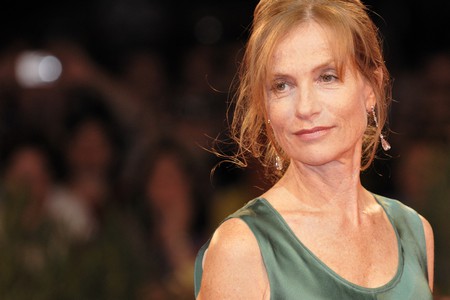 In the past 70 years, France has produced some of the most respected and bankable female actors in the world. Their performances have raised the profile of French cinema and many have successfully crossed over into English-language movies, taking on roles in Hollywood’s biggest blockbusters. The 10 brilliant women below have created characters that live on well beyond the credits and been awarded film’s highest honors for having done so.

Simone Signoret worked regularly in the French cinema of the 1950s, receiving positive reviews for her turns in Max Ophüls’ La Ronde (1950) and Jacques Becker’s Casque d’Or (1952), though she worried at the time about becoming typecast as a prostitute or scheming woman. For her role as Alice Aisgill in Jack Clayton’s Room at the Top (1959), Signoret won the Academy Award for Best Actress, becoming the first French person to take home an Oscar. She also collected a César, three BAFTAs, an Emmy, a Cannes Festival Award, and a Silver Bear for Best Actress in her gilded career.

An icon of the 1960s and the woman who holds the dubious honor of first having the term ‘sex kitten’ ascribed to her was Brigitte Bardot. Her acting career took off internationally with the release of Roger Vadim’s controversial And God Created Women (1956). Major roles followed in Jean-Luc Godard’s Le Mépris (1963) and Louis Malle’s Viva Maria! (1965), for which she received a BAFTA nomination. After a relatively short two-decade career in show business, Bardot retired in 1973 to focus on animal rights activism. Her legacy has been marred somewhat by offensive remarks she has repeatedly made about integration in France.

Anna Karina is often remembered as being the muse of legendary French New Wave director Jean-Luc Godard, to whom she was briefly married. Their best work together includes A Woman Is a Woman (1961), Vivre sa vie (1962), and Bande à part (1964). For the first of these, she won the Best Actress Award at the Berlin Film Festival. However, it is her performance as Suzanne Simonin in Jacque Rivette’s The Nun (1966), which was based on Denis Diderot’s posthumously published novel of the same name, that is consistently cited as the best of her career.

As far as French cinema’s most prestigious acting award is concerned, Isabelle Adjani is the nation’s greatest female actor of all time. She has won the César Award for Best Actress five times for Possession (1981), One Deadly Summer (1983), Camille Claudel (1988), Reine Margot (1994) and Skirt Day (2009), in which she plays Sonia Bergerac, a literature teacher and accidental hostage taker. She has also received two Oscar nods for Best Actress, first at 20 for her work in François Truffaut’s The Story of Adele H. (1975), inspired by the diaries of Victor Hugo’s daughter, and second for the Claudel biopic she produced.

While she lags Adjani by three César wins, Catherine Deneuve has been nominated an astounding 14 times (the only thing more astonishing is that she isn’t the record holder). Her wins came for her starring roles in François Truffaut’s The Last Metro (1980) and Régis Wargnier’s Indochine (1992), for which she was also nominated for an Oscar. Deneuve’s breakout performance came long before these awards in Jacques Demy’s stunning musical The Umbrellas of Cherbourg (1964). Deneuve has been acting since the age of 13, a career which now spans more than 60 years.

A prolific international actor, Isabelle Huppert has appeared in more than 100 productions and has been rewarded with a record 16 César nominations for her efforts. She received her first nomination for Aloïse (1975), her only win for La Ceremonie (1995), and her most recent nod for the critically acclaimed rape revenge thriller Elle (2016), for which she is also up for an Oscar. She is one of four women to have twice won the Best Actress Award at Cannes and one of three to have done so at the Venice Film Festival, with three of the four trophies being awarded for her work with director Claude Chabrol.

Juliette Binoche earned her first major acting awards, a César and Venice Film Festival Award for Best Actress, for her performance as Julie, a bereaved wife and mother, in Three Colors: Blue (1993), the first in Krzysztof Kieślowski’s trilogy. She delivered a similarly moving portrayal of parental bereavement in just five minutes in Paris, je t’aime (2006). She won her Supporting Actress Oscar for The English Patient (1996) and was nominated for Best Actress for Chocolat (2000). She remains the only woman to have won the European ‘Best Actress Triple Crown’, having taken home gongs at the Berlin, Cannes, and Venice festivals.

For many millennials, Audrey Tautou’s career-defining role in Amélie (2001) was their first foray into French cinema (and perhaps for some their only one). The film was a major box-office smash and won four Césars and two BAFTAs and was nominated for five Oscars, though in the end, it took home none. Tautou’s next major appearance came with the period drama A Very Long Engagement (2004). Soon after, she appeared in the critically derided but commercially successful adaptation of Dan Brown’s The Da Vinci Code (2006) alongside Tom Hanks. She has so far won a César for Most Promising Actress in 2000 and received a further three César and two BAFTA nominations.

Marion Cotillard’s portrayal of Édith Piaf in Olivier Dahan’s La Vie en Rose (2007) made her an international star and household name. Her studied yet sincere performance earned her a clean sweep at the following year’s Best Actress awards, including the Academy Award, BAFTA, Golden Globe, César, and Lumières Award. More critical acclaim came with her role as Stéphanie, an orca trainer involved in a terrible accident, in Rust and Bone (2012) and as a soon-to-be-unemployed factory worker in Two Days, One Night (2014), for which she received her second Best Actress Oscar nomination.

Léa Seydoux has racked up an impressive French and English filmography in the past decade. Her best early work in the former include her performance as Prudence in Belle Épine (2010) and as Marie Antoinette’s lady-in-waiting in Farwell, My Queen (2012). However, her standout role is as Emma in Blue Is the Warmest Colour (2013). The film received the Palme d’Or at Cannes and, in an unorthodox move, the jury, led by Steven Spielberg, decided to give the award to the two female leads as well as the director, Abdellatif Kechiche. Seydoux has since played Bond girl Madeleine Swan in Spectre (2015).