Kanian: the Bordeaux-Based Magazine that Celebrates Diversity in Literature 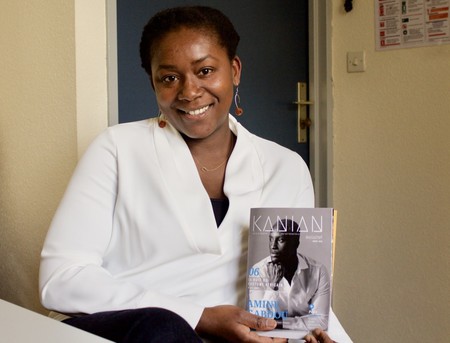 The success of the movie Black Panther is not only a commercial home run, but it is also breaking down barriers in terms of having a cast of predominantly black actors. But despite this success, inclusion and diversity in the media remains a problem. We met with Agnès Kouleon, founder of the Asso Encore organization and editor-in-chief of the newly launched Kanian magazine, the first Afro-centered magazine in Bordeaux to focus on the African community of Bordeaux and the importance of its representation in the media.

Agnès Kouleon and her husband Monnint have been involved in promoting diversity and African culture for over 20 years. In 2001, they launched Asso Encore, an organization whose purpose is to shed the light on the African diaspora around the world.

“When we started the Association Encore, we were mainly doing cultural projects,” Agnès Kouleon says. “When my husband, our kids and I were living in the Ivory Coast, we created the country’s first recreational center called Les Nouvelles Générations (the new generations). It was my husband’s idea; he understood that giving children the opportunity to engage in creative activities was essential to their development.”

The center was so successful that it partnered with the Ivorian Ministry of Education to work across all the schools in the country. When the political situation became tense in the Ivory Coast in 2010, the business did not survive and that is when they decided to move to France and start over. “There were always pan-African organizations in Bordeaux, but we needed to use social media to make Asso Encore more prominent,” she says. “We put our strengths to work [Agnès has a background in communication and advertising and her husband in marketing]. “It was very difficult to find work in those sectors, but we were at a stage where we did not want to work for somebody else and we were looking for more autonomy.”

The driven couple didn’t see this setback as a reason to become discouraged, but instead as an opportunity to be more creative. “I remember one evening, my husband and I were having a drink at Place de la Victoire, thinking about how we could get funding and make our organization grow,” she says. “We first planned to conduct training so people could learn how to braid afro hair, but we are very ambitious so we also decided to organize the first Festival des Tresses Africaines dedicated to African braids, the Nuit du Costume Africain (African Costume Night) and Vins et Saveurs d’Afrique (Wines and Flavors from Africa). It was a very productive happy-hour!”

The Nuit du Costume Africain is AssoEncore’s signature event and the most popular among the local community of Bordeaux. 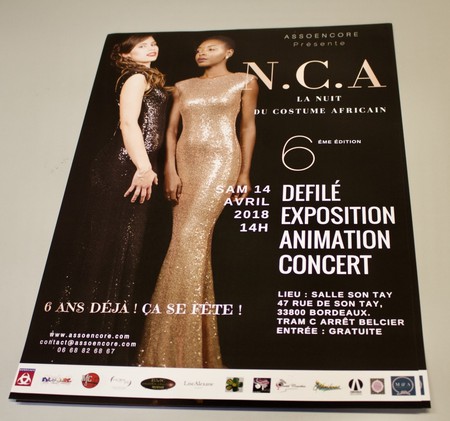 “We are really happy because we have realized that not only the African community of Bordeaux comes to this event, but that the audience also comprises many Bordeaux locals, who are very interested and enthusiastic about celebrating African fashion and a different culture,” Agnès Kouleon says.

To differentiate themselves from the other Afro-centered organizations in Bordeaux, they organized events commemorating the South-to-South cooperations and invited different organizations from different parts of the continent. Besides, they had a partnership with local schools in Bordeaux such as the INSEEC business school, because “we believe that it is important that students who will go on to have successful international careers have interactions with African entrepreneurs from different environments,” says Agnès. “It was a way to promote African initiatives that are often overlooked in the mainstream media.”

Starting Kanian magazine was a logical next step in their communication strategy. “Kania” means light in Twi, the language of the Ashanti Tribe in Ghana. 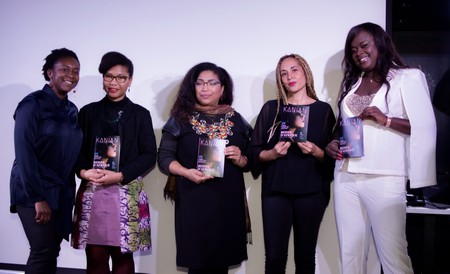 “As a general observation, minorities are not represented in mainstream media,” Agnès says. “We thought that instead of chasing other media to promote Asso Encore’s projects or spread our message, we could do it ourselves, without any limitations. We want people to see Kanian as a medium that connects people from the African diaspora and people living in Africa. Our main themes are fashion, beauty and culture.”

Agnès also points out the importance for the young generation of the African diaspora to see people in the media they can identify with. “When I see that media mostly choose to portray Africans as people who live naked in isolated tribes, I always wonder what the agenda is, knowing that these tribes represent a minority compared to the overwhelming majority of people living in the continent,” she says. “That is the reason why kids from the diaspora sometimes reject their African heritage,” she explains. “I want my son and my daughter, who grew up in Europe, to be proud of their African roots, as much as they embrace the French culture in which they live.” 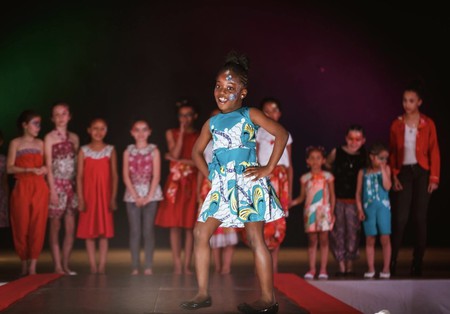 Kanian magazine shares knowledge about African cultures, helping readers understand more about the complexity of Africa. “People see Africa as a big country,” she says. “In the Ivory Coast where I am from, there are 60 different ethnic groups. And there are 54 countries in the continent… We are crafting the magazine for people who are tired of seeing clichés and over-simplified statements about Africa, who are curious about African traditions and who want to learn more about people who are using their skills for the greater good.”

Running an independent magazine is an exciting adventure, but there are some hurdles to face as well. “Being independent comes with sacrifices,” she says “We are funding everything as we don’t get any external financial help but when I know that we can help our kids and whoever wants to know more about their identity, I know what we’re doing is totally worth it.”

Agnès and Monnint Kouleon are just getting started and have a couple of projects for the future. One of them is to have an art gallery in the Bordeaux that will be a celebration of African artists as another way of breaking down stereotypes and misconceptions. “We have recently seen a keen interest in wax fabrics and everyone is saying that African fashion is finally on the map,” Agnès says. “Although this attention has a positive impact on the continent’s image, it’s also important to set the record straight: wax prints are not African, they are made in the Netherlands. When you look at closely at African prints, there is a soberness you don’t necessarily see in wax prints,” she explains. “For instance, in Kente prints or the traditional Masai outfits, the colors are chosen very carefully because they have a meaning.”

The couple would also like to like to launch an online radio station, so people will have access to podcasts wherever they are. In addition to that, if they keep growing, having their own TV channel is also on their radar. “We know the power of images, take the recent example of the slave trade in Libya,”says Agnès. “I think that public outrage would have not been the same if this issue was only reported in newspapers; that’s why we are thinking of launching our own TV channel. We are very ambitious but we’ve learned over the years that you can’t plow, sow and harvest the same day.”

Kanian magazine is published bi-monthly and is distributed for free throughout Bordeaux and some peripheral cities. “The articles are written by myself and freelance journalists, who work on a voluntary basis,” Agnès says. “Although we have some commercial partners, we would like to have more in the future. We will soon start a crowdfunding campaign with the hope that it will help us finance our two next editions.”

If you are in Bordeaux this April, don’t miss the sixth edition of the Nuit du Costume Africain on 14 April (entrance is free), and you find out more about Kanian magazine here.