How to Make the Most of 48 Hours in Montpellier, France 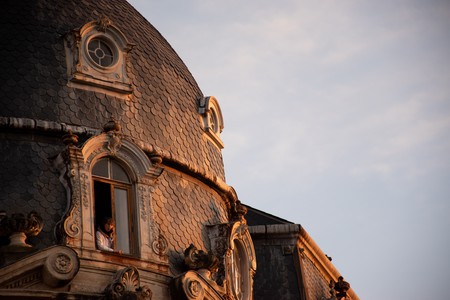 The historic university city of Montpellier has all the ingredients for a world-class weekend break: a medieval old town, Michelin-star dining and pristine beaches just a stone’s throw away.

A vibrant student city, home to the oldest practising medical school in the world, Montpellier dates back to the 10th century. Built within the walls of an ancient fort, some of which remains today, the city is known for its Mediterranean climate and ambience, while benefitting from smaller tourist numbers than its neighbours further east on the Côte d’Azur.

Having made a name for itself in extreme sports with the FISE World Series, BMX Freestyle, skateboarding, wakeboarding and the FestiKite International Kitefoil competition, Montpellier has become the gateway to a host of popular music festivals, including Family Piknik (electronic) and Worldwide Festival Sète (world music). Two days in Montpellier will give you a taste of the city’s penchant for adventure sports, a generous helping of Southern French cuisine and a glimpse of Montpellier’s spectacular surrounding nature.

For a great early morning pick-me-up in the very walkable city centre, head to Bonobo (named after bonobo monkeys, found in the Congo) on Rue Saint-Guilhem for breakfast. Now something of an institution thanks to its indulgent American-style pancakes, avocado on toast and homemade granola bowls, jungle-themed Bonobo doesn’t take reservations – be prepared to queue a little.

Get lost in the maze of cobbled streets of Écusson (Montpellier’s old town) starting at Rue de l’Ancien Courrier, where you’ll discover beautiful Haussmann-style architecture and hôtels particuliers (grand townhouses) with ornate facades and decorative reliefs. To get the chance to step inside, head to Montpellier during the Journée Portes Ouvertes and FAV (Festival des Architectures Vives). There are maps available at the tourist office at la Comédie main square, opposite the majestic Opera House, which was built in 1888. Don’t miss notable landmarks such as the Gothic-style St Pierre Cathedral; the Museum and Conservatory of Anatomy, set within the world’s oldest medical school; the Porte du Peyrou, Montpellier’s answer to the Arc de Triomphe; and Promenade du Peyrou with its château d’eau (water tower) and Saint-Clement Aqueduct, offering the best views across town and of Pic Saint-Loup mountain. There is a farmers’ market every Saturday until 1pm under the arches of the aqueduct in Les Arceaux.

Among the best spots to hang out in the area is Place Saint-Roch at the foot of Église Saint Roch, a Baroque church surrounded by cool bars, chic boutique shops, al fresco dining options and street art. Start your urban graffiti tour here to discover work by Guaté Mao, Mist, Al Sticking, Smole and Salamèche. The most famous street artist, however, is Monsieur BMX, whose bike installations are celebrated in these parts. He has now added shopping carts to his portfolio, as part of a campaign called Solidaire, to encourage people to leave things for those in need.

Take tramline #4 from Peyrou – Arc de Triomphe to Les Aubes and walk past the graffiti canal, Quai du Verdanson, to La Réserve Rimbaud for lunch. Owned by brothers Charles and François Fontes, this Michelin-star restaurant has a great terrace overlooking the River Lez and boasts a lunch menu that is a steal: entrée, main and dessert for €40 (£36) or less, without wine. Don’t leave without trying the café gourmand, a selection of mini desserts (petits fours) served with an espresso, and be sure to reserve.

Walk 20 minutes back into town past the Corum entertainment centre and Esplanade Charles-de-Gaulle, lined with trees and coffee bars, to take in some art at Musée Fabre, Pavillon Populaire or the MO.CO. contemporary art space. Next, hop on a tram (stop: Rives du Lez) to the 17-storey L’arbre blanc (The White Tree), designed by Japanese architect Sou Fujimoto, to watch the sunset over drinks.

Stroll around the BoBo (Bourgeois-Bohème) suburb of Beaux Arts, known as a hub for artists and designers, and go for dinner at Le Parfum for cocktails and dim sum. The restaurant prides itself on experimenting with different flavours, changing its menu every three months. It only works with local suppliers, including Noilly Prat (vermouth), Distillerie du Petit Grain (wine and spirits) and Chateau Castillonne (wine) – even the straws are made out of local corn and seaweed. Manager Guillaume Lebrun suggests the homemade fried pork dumplings made with lardo di colonatta pressed with herbs and spices, washed down with its signature cocktail: pineapple juice and gin, infused with coriander, St–Germain elderflower liqueur and grapefruit.

Chill out around Église Saint Anne, where you will find Papa Doble cocktail bar. Or, if an outdoor terrace is more your thing, head to Rue Rebuffy, or Broc Café on Boulevard Henri IV, opposite Jardin des Plantes. From here you are within walking distance of nightclubs Nu-Bahia and PZ City Club. For bigger venues go to Rockstore or Le Jam. For a handy what’s-on guide, pick up La Gazette newspaper published every Thursday, or Mamasound – a free guide distributed around the city or online.

Start the day by buying a croissant at one of Montpellier’s fabulous bakeries: Des Rêves & Du Pain, Boulangerie Pâtisserie Artisanale or La Suite. Grab a coffee at Place de la Canourgue, lined with beautiful mansions from the 17th century, before hiring a bike at one of the Vélomagg bike-sharing stations found on every street corner. From here, follow the bike path along the river in the direction of Palavas-les-Flots. The closest beaches are Palavas, Carnon (Le Petit Travers) and La Grande-Motte. Alternatively, opt to take public transport (tramline #4 in the direction of Pérols).

Stop at Marché du Lez, an outdoor space on the river hosting a flea market, shops, bars and a food hall, selling everything from Belgian fries and oysters, to cheese, cakes and wine. For a more high-class dining experience go to Terminal #1 gourmet bistro next door, owned by twin brothers Laurent and Jacques Pourcel, who at 22 were the youngest chefs in France to own a triple Michelin-star restaurant, Le Jardin des Sens.

Fuelled with incredible food, cycle towards Palavas. The bike path will take you through magnificent terrain, home to the white horses of the Camargue, and wild pink flamingos on the Étang de Thau saltwater lagoon.

If you have the energy, continue on to the Maguelone Cathedral, dating back to the 11th century and surrounded by vineyards and marshlands. There is a restaurant and gift shop onsite, where you can pick up locally distilled vodka and gin by GM (La Grappe de Montpellier). You can also return your bike here at Vélomagg plage, Villeneuve-lès-Maguelone, before taking the free tourist train (during peak season) to the beach.

After a long bike ride it’s time to indulge in a local tradition: apéro, or pre-dinner drinks. A much-loved favourite is pastis, an anise-flavoured spirit. There is no better place to unwind than Carré Mer (also owned by the Pourcel brothers) or Bonaventure, (owned by Sylvie and Jean-René Privat of Café Joseph, Montpellier) named after Jacques Bonaventure who saved the Maguelone Cathedral from destruction in the 19th century. This is also where the annual FestiKite is held.

As the sun sets, head into Palavas Port, and take a ride on the world’s shortest cable car – just 83 metres long. For the best moules frites in town, walk to Au 10 Place du Marché, owned by Belgian restaurateur Didier Gilot. Order the Provençale – mussels cooked in tomato, garlic and olive oil with a glass of rosé.

To continue the night, take a taxi to La Grande-Motte, where there are a dozen or so paillotes (beach huts) dotted along the coastline. Stop in for a drink at La Paillote Bambou, remarkable for its Bohemian decor. Across the road is La Dune Nightclub and on the top floor, Gus Kitchen, an open-air restaurant and bar. For the more energetic, the party continues at Pulp nightclub until 6am.