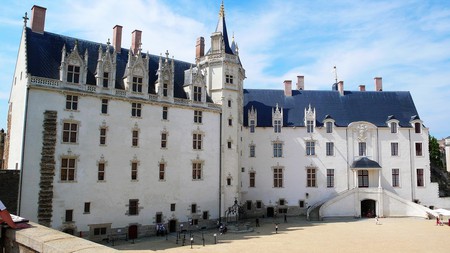 Château des Ducs de Bretagne is Nantes’ most important historical landmark and it certainly has the centuries of history to back it up. It has been listed as an historic monument since 1840, undergoing a huge restoration period of 15 years – during three of which it was closed to the public – reopening in a fresh and impressive state in 2007. 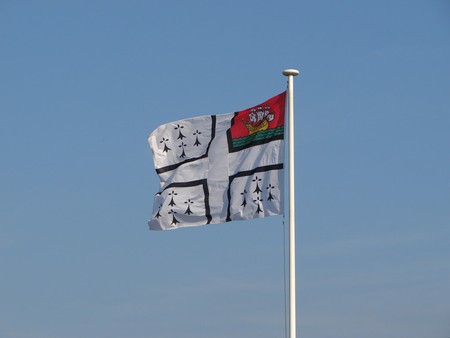 A military fortress and palace

In 1466, the château you see today was the vision of Francis II, the last Duke of an independent Brittany. He saw this castle as both a defense fortress against the King and the main residential palace of the duke’s court. Upon his death, his vision was continued by his daughter, Duchess Anne de Bretagne, who served twice as Queen of France through her two marriages to Charles VIII and Louis XII.

After 1532, when Brittany officially became part of France, the Château des Ducs de Bretagne was used by the kings of France when they visited the region. After centuries of being the home to dukes and hosting kings and their courts, the castle, gradually abandoned, was put to use as both a barracks and a prison. In 1915, the City of Nantes acquired the building and had a municipal museum added in 1924. 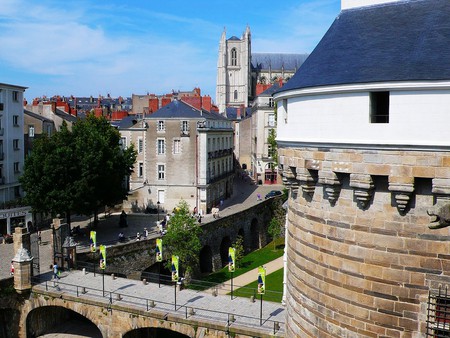 The château is so vast, it would be easy not to spot a few interesting features that showed the first signs of the Italian Renaissance, in particular the building’s décor and how its façade is sculpted. The most notable are the castle’s dormer windows and the two small, covered exterior corridors on the 40-metre (130-foot) Golden Crown Tower. The snippets of French Renaissance architecture you see here show how the inventiveness of the age didn’t give way to poor defense; internal courtyards, steep roofs and large entry gates still took precedence for protection. 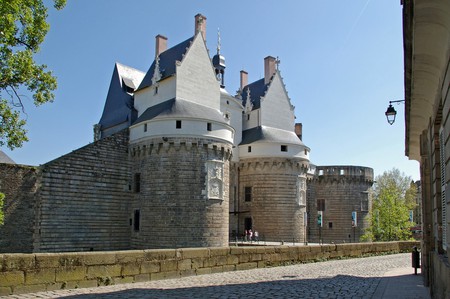 Luckily, you can visit a large portion of this incredible landmark for free. The courtyard and rampart walk don’t cost to enjoy, so, even if this is the extent of your visit, you can get a gauge of the scale and fortress-like features that make the castle so imposing. Make sure to view the castle from all angles outside the ramparts, too.

Wander the magnificent courtyard and ramparts seven days a week, from 8.30AM to 7PM all year round. In summer months (July 1 – August 31), opening hours extend to 8PM.

In the summer months (July 1 – August 31), the château’s museum and exhibition space is open from 10AM to 7PM, seven days a week. The rest of the year, except for Mondays, you can visit from 10AM to 6PM.