Parisian metro station | © Steve Cadman / Flickr
The heart of any great city is its metro system. The métro de Paris spans approximately 214 kilometers and currently has 303 stations. Most well known for the original art nouveau entrances designed by Hector Guimard, which have become iconic symbols of the Parisian aesthetic. Here we delve into the rich history behind some of Paris‘ metro stops.

Located in one of Paris’ most expensive districts are the platforms of St. Germain des Prés. The metro exits face toward the grand, ivy-covered church of St. Germain des Prés, built in 1163. Along this street you’ll find two iconic Parisian cafes: Café Bonaparte, which has inspired many French poets and artists; and celebrity hotspot, Café de Flore which welcomes Kate Moss, Kim Kardashian and Kayne West as clientele. The metro station is decorated with the works of Marcel Proust and Oscar Wilde, reflecting the Parisian history that lies at the heart of this area.

Church, Train Station
Abbsesses | ©Andrea, Flickr
Toursits often associate Abbesses with the route to the renowned Sacré Coeur church at the top of Montmartre. However, this metro should definitely be a stop along the way. It is the deepest metro station in Paris — at its lowest point it’s 40 meters below the ground. Something that makes the way to ground level even more captivating are the exuberant and detailed murals that cover its walls. Also, film lovers might recognize Abbsesses station as part of the cult French movie Amélie.
More Info
Open In Google Maps
Paris, Île-de-France, 75018, France 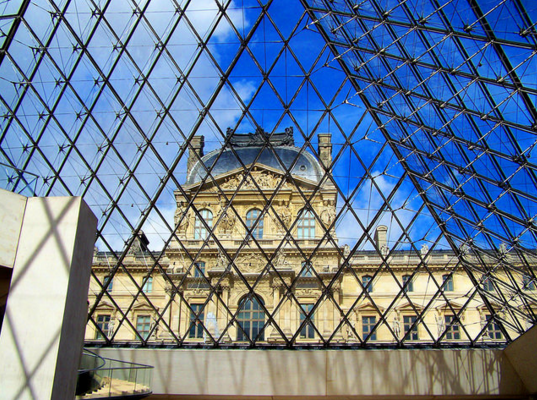 The recently renovated station that leads so many tourists into one of Europe’s most well-known museums, the Louvre, acts in itself as an attraction for art and history lovers across the world. Year round, the metro stop is a great display for the beautiful works of art that are found within the Louvre. Replicas of famous works are seen in the station, offering a bit of cultural enrichment on one’s morning commute. 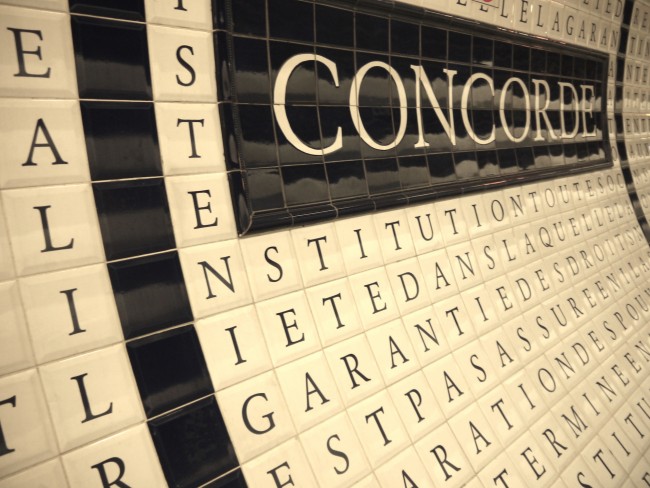 Concorde station sets the perfect background for a romantic snap-shot whilst in the city of love. After walking through the breathtaking Jardin de Tuileries you can hop on the metro at Concorde. The walls of this station look like an enormous crossword puzzle: each tile that covers the wall has a letter on it. Something tourists merely admiring the stunning and puzzling beauty of this station might not know is that together they form the words to the Déclaration des Droits de l’Homme et du Citoyen (human rights declaration). France can attribute this piece of art to one of its own, the artist Françoise Schein.

Museum
Métro | © Joséfa Celestin / Flickr
Similarly to Louvre – Rivoli, Varenne station serves as an advertisement for a popular museum in the area. Running through the 7th arrondissement Varenne metro is home to another one of Paris’s most-loved cultural spots, the Rodin museum. To whet your appetite before visiting the museum, this metro station is the home to a number of replicas such as the iconic statue The Thinker.
More Info
Open In Google Maps
Paris, Île-de-France, 75007, France

Cité station connects one of the islands that separate the Seine and outline the boundaries of Paris. Despite being underneath the Île de la Cité, this station impresses with its high arch and vintage street lamps. This stop also allows for quick access to the great Parisian monument, Notre Dame Cathedral.