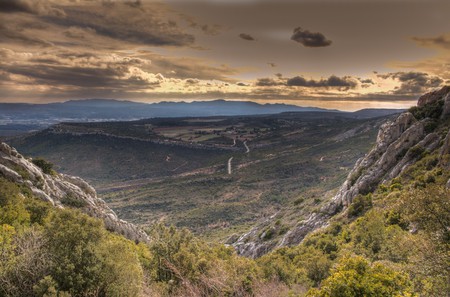 The painter Paul Cézanne is Aix-en-Provence‘s most famous resident. This city in the south of France is an ode to his life – his birthplace, his funeral, his grave – but most of all, you can see his work and the landscapes that inspired him. Here’s how to discover Cézanne’s Aix – a special travel guide from the painter himself.

The tourist office has a map that takes you round all of Cézanne’s key stops. We’re going to do the same tour but broken down by his work, his life and his hangouts.

Start with the statue of Cézanne located in the very centre of town at the large roundabout La Rotonde. Cézanne said of Aix, ‘When you’re born there, it’s hopeless, nothing else is good enough.’ He loved the town, its surrounding landscapes and luminosity of the skies (there’s a certain light in Provence that you can’t find in many other places, caused by a mix of the wind and the heat). He was born in 1839 in the centre of town at 28, rue de l’Opéra and buried in 1906, in lane number six of the local cemetery Sainte-Pierre, a ten-minute walk away from his statue. 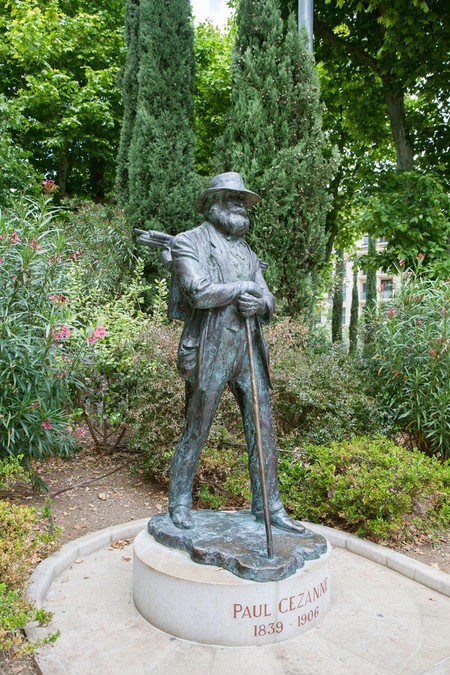 It all started in the family home where Cézanne lived as a child. He painted 12 murals on the walls there and set up his easel to paint the lakes, chestnut trees and gardens. Head to 17, route de Galice in the neighbourhood of Jas de Bouffan (it’s a bus ride away) to visit the Bastide where he grew up. (It’s closed for renovation in 2017). His last workshop (l’atelier de Cézanne) was where he lived from 1902 until he died in 1906, much of it being exactly as he left it. It’s in the hills above Aix’s town centre, about a twenty-minute walk (or a short bus ride) to number 9, Avenue Paul Cézanne, named in his honour. It’s where he worked every morning and where he created many of his seminal masterpieces. 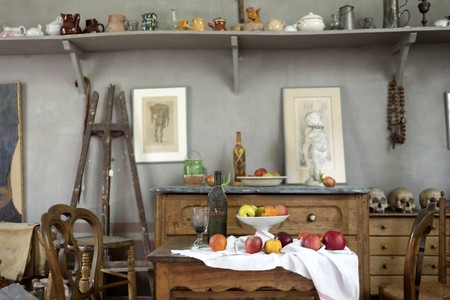 There are two museums in town and both of them have permanent exhibitions dedicated to Cézanne’s life and work. The Musée Granet is in the much-loved square next to the Cathedral Saint-Jean-de-Malte where Cézanne’s mother had her funeral. It has ten of his paintings, as well as drawings and sketches. The newly refurbished museum/art gallery Hôtel Caumont, a two-minute walk away, is opposite Cézanne’s school, College Mignet. It features a half hour film showing his work and life, which is free to watch with admission (it runs one main exhibition at a time, ranging from Italian impressionists to Marilyn Monroe). 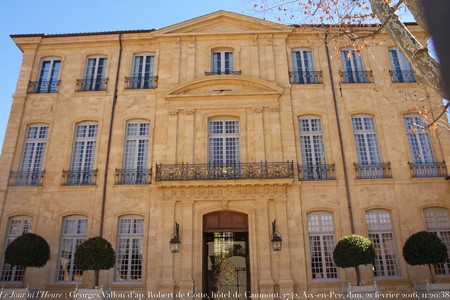 The main hangout is Les Deux Garçons, named after Cézanne and his childhood friend, Emile Zola – it’s the bar where they used to spend time after school and in between lessons. It’s still the number one brasserie in town, a place where you’ll find tourists and locals catching up over coffee. There is a formal dining area inside and at the back of the terrace; the front rows on the pavement are for drinks and the bar menu, things like a croque monsieur or chips. You can also go to the Place de la Mairie, where you’ll find the Town Hall (‘la mairie’ in French). Today, it’s a great place to have a drink. It’s where Cézanne married his wife, Hortense Fiquet, on April 28, 1886. It’s also just around the corner from where his funeral was held on Wednesday October 24, 1906, at the rather impressive Cathédrale Saint-Sauveur. 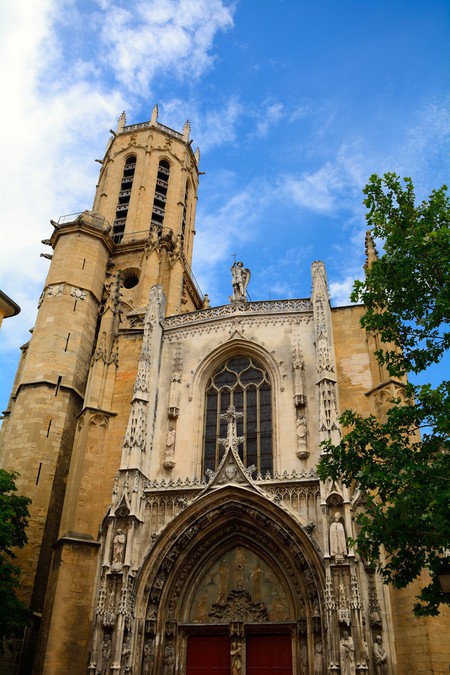 The big mountain just outside Aix is called the Sainte Victoire and it was his inspiration and painting obsession throughout his life. He painted the mountain in 44 oil paintings and 43 watercolours and you can discover it by walking up to the cross on the top – locals say that you haven’t succeeded in climbing the mountain unless you’ve touched it!

You can find the Cézanne Trail by following the ‘C’s that are embedded into the pavement around the town. Buy a CityPass to all the attractions on the list (as well as free public transport) for a period of 24, 36 or 48 hours. Head to the Tourist Office, either online or in person.