11 Reasons Why You Must Visit Ile De Ré 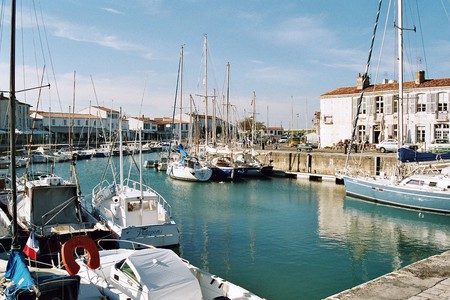 Home to glorious beaches, vineyards, salt marshes, and authentic French villages, Ile de Ré has been the second home of fashionable Parisians for generations. Here are 11 reasons to visit this peaceful idyll for yourself and discover why it is so beloved.

Seemingly endless stretches of pale, soft sand and gorgeous sea surround Ile de Ré. While there are more popular beaches (Le Bois-Plage-en-Ré is usually the busiest) there are many quieter, more peaceful expanses of sand to discover. You can stumble across the untouched beaches of La Couarde-sur-Mur or La Noue and feel like the first person to walk down the sandy dunes and gaze out to the immense Atlantic horizon.

It feels intimate but not confined

Small enough to drive from one end to the other in 40 minutes, Ile de Ré has an intimacy that’s comforting and local without leaving you feeling restricted. With a resident population of around 20,000 spread across the island, there’s never a feeling of being crowded, despite its small size. Quite the opposite, the landscape appears to unfold for miles. 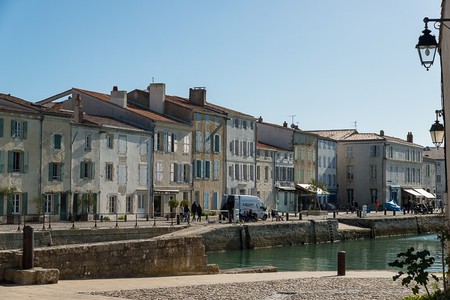 This is undoubtedly the best way to get around the island. Bicycle shops are in most towns and can be rented for reasonable prices. Residents cycle all the time, often to fill their baskets with local market produce. There are dedicated cycle lanes alongside roads and specific cycle routes to follow. Cycle at your own pace through open fields and vineyards, leafy squares and gorgeous little villages. You can hug the rugged coastline and admire the beaches, or explore the salt marshes and oyster bays which can only be accessed by bike. 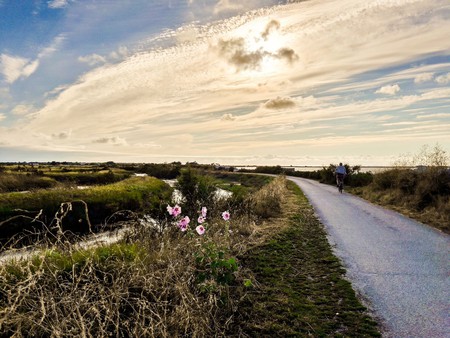 The colours are stunning

Across the island you will see shuttered houses in the softest pastels lining lightly cobbled streets of taupes and greys. There is a distinct colour scheme that reflects the simple way of life and natural coastline. The pale blues and khakis, the mellow creams and lilacs are seen in architecture, fashion and art. It’s as if the island has been painted in gentle watercolour strokes. At dusk and dawn these colours come alive, the light sparkles on the water and glides across buildings. Make sure you have your camera ready, although no picture really does it justice.

The bridge connecting the island to the mainland is iconic

Built in 1988, the 3km bridge is the only entry point into the island, other than by boat. It offers stunning views as you both leave behind mainland France and enter the island. Open 24/7, a small fee is paid at the toll gate on your journey into Ile de Ré, though there is no fee leaving. Leave your cares and worries behind as you drive across the bridge into a peaceful haven. 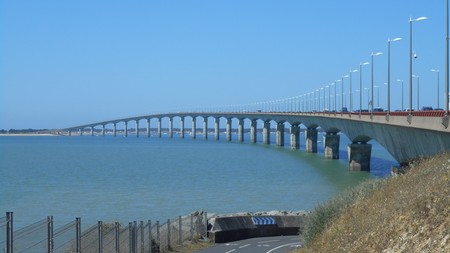 It is the Parisian equivalent of the Hamptons

It’s no surprise that this small island becomes the summer haven of fashionable Parisians, who flock here to their second homes, escaping the hustle and bustle of city life. Ile de Ré is the epitome of understated French chic. There is no garish glitz and glamour of the Côte d’Azur. Instead there is an elegant nonchalance, a low-key sophistication that only the French can do so well.

It’s close to the historic city of La Rochelle

A strategically important harbour since the 12th century, La Rochelle became known as the gateway to the Atlantic and is on the other side of the bridge to Ile de Ré. Aside from having an airport for easy access, the city itself is well worth a visit. It has a rich history as an international port city, a hub for English, German, and Dutch merchants. In the Wars of Religion, La Rochelle became the main fortressed hub of illegal Huguenot worship. This history can be seen in the surviving old port, and is documented in various museums. 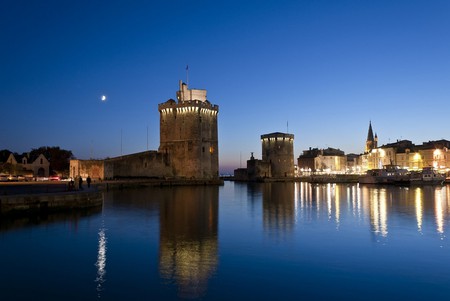 You can easily avoid the tourists

The beauty of Ile de Ré is that it’s a tranquil snapshot into the simple life of local residents. Be careful when you visit though, as the summer season sees thousands of tourists, mainly French, descend upon the island. Try visiting in May or September for a quiet alternative, still with beautiful weather. The calmness of local life is the real essence of the island.

Influenced strongly by its position in the Atlantic, exquisite seafood is certainly the meal of choice. Elegant simplicity is seen equally across Michelin-starred restaurants serving multiple course tasting menus and beach shacks serving oysters and prawns straight from the sea. Depending on season, the island abounds with different local produce. In the spring there are the famous potatoes, asparagus and broad beans. In summer, tomatoes, peaches and cherries. All year you can find locally produced wine, beer, cheese and biscuits showcased in gorgeous little family-run wine bars dotted across the island. Try La Part des Anges in La Couarde-sur-Mer for a cosy wine bar; La Cabanajam near Saint-Martin-de-Ré for fresh seafood; and Saint-Martin’s Le Bistrot du Marin for a real local experience. 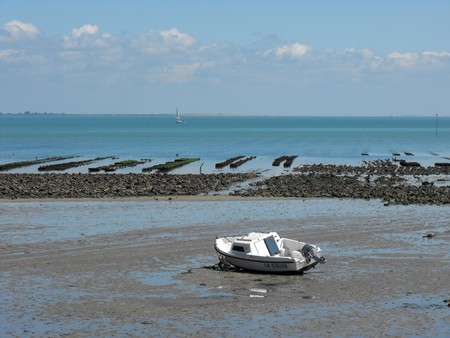 A crucial part of the historic activity of the island, and still an important hub of activity, many towns have gorgeous harbours where boats are moored. A must-see is the harbour at La Flotte, a charming, authentic village now classified as one of the most beautiful villages in France. The waterfront is a main attraction, where visitors and locals alike sip wine and watch boats come and go.

The main town is a UNESCO World Heritage site

Saint-Martin-de-Ré is the main town on the island, the mini capital of Ile de Ré. Home to some of the best restaurants, bistrots, bars, and ice cream, it is situated within fortressed walls and around a gorgeous waterfront. Saint-Martin is also a World Heritage site. In the 1670s, the famous French military engineer and Marshal of France, Vauban, was commissioned to overhaul the island’s defences. He enclosed this town in extensive fortifications and modern city walls still standing today. Climb the bell tower of the church for a panoramic view of the terracotta-roofed houses and donkeys grazing in striped shorts (a local tradition). 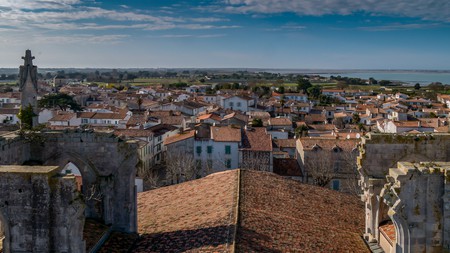