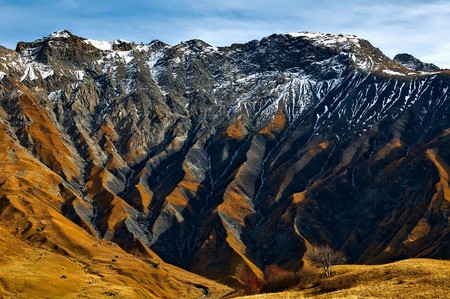 France is synonymous with incredible food and drink, but that doesn’t mean it’s lacking in incredible landscapes in any way. Here are our top 11 that you simply must see when visiting France – from northern coastlines to sun-drenched southern pockets.

The Verdon Gorge is the deepest canyon in Europe and can be found in the heart of Provence. Its limestone surface has been eroded over the years, so the depth in some places of the canyon reaches 700 metres (2300 feet). It is a major tourist attraction in France, with visitors flocking to hike its plateau, kayak its waters and more. The beautiful village of Moustiers-Sainte-Marie is well worth a visit, or it can be used as a base during your explorations. 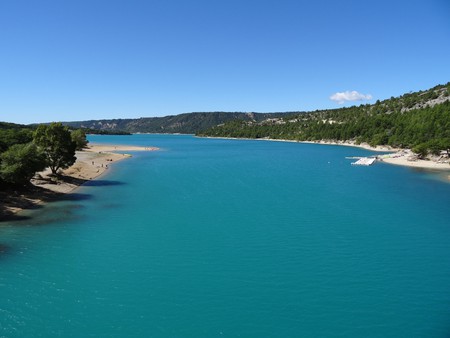 The salt flats of the Camargue are pure magic. It is the largest river delta in Western Europe and its milky pink and pastel hues (thanks to the salt and a type of algae in the lagoons) have made it an iconic spot in France. You’ll also spot wild Camargue horses and pink flamingos in this unique landscape, while the fortified city of Aigues-Mortes that lies on its edge should also be on your agenda. 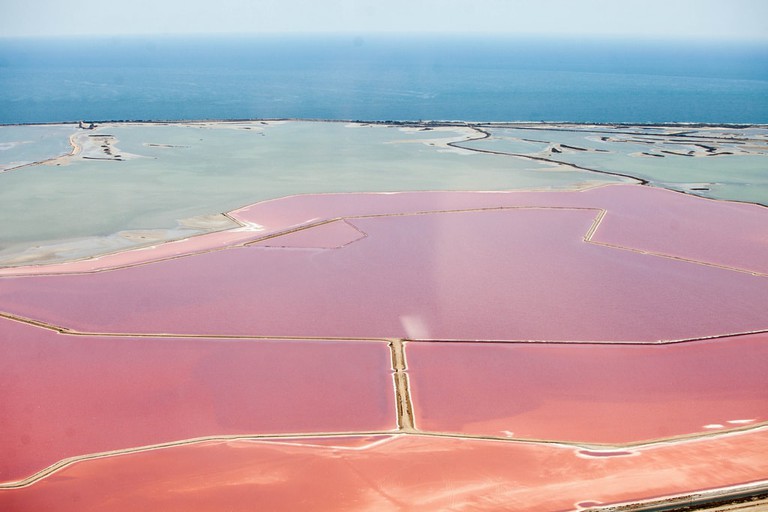 In the middle of France you’ll find this spectacular national park. A chain of grass-covered volcanoes, deep valleys and pretty villages make up this area of France that is still somewhat a hidden gem, despite its size. The famous Puy de Dôme is its largest dormant volcano and thrill-seekers can para-glide from here. 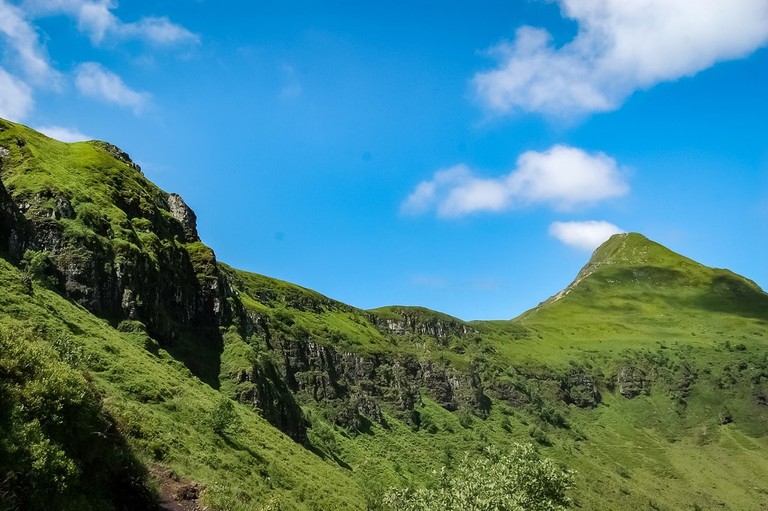 The Ochre of Roussillon

Nothing can really prepare you for the colour of these rocks. It’s like being in Arizona, so deep and rich are their hues. Roussillon is a gorgeous village in Provence and is known for its rich, red soil and rocks. The former ochre deposits have created an enigmatic landscape that you can explore via a well-trodden trail. 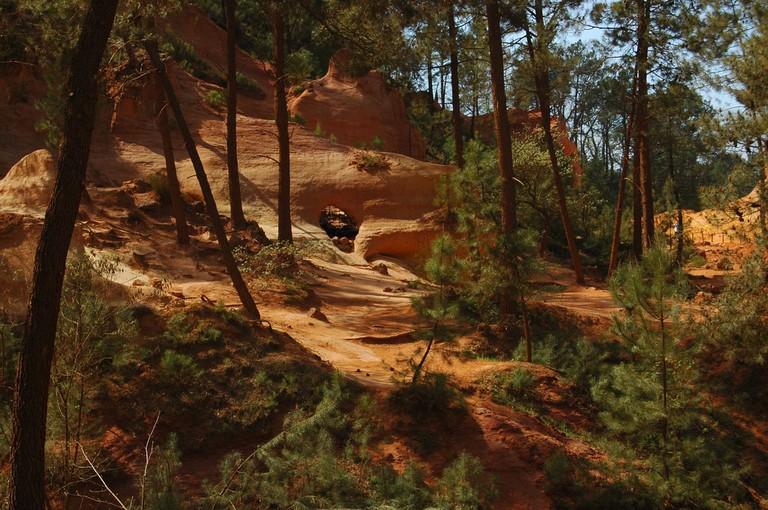 On one of France’s more northerly coasts, these iconic chalk cliffs that edge the Atlantic will surely wow you. In between La Havre and Dieppe, the Falaises d’Etretat attracts bucket-loads of visitors each year to explore the coastline, magnificent views and history. 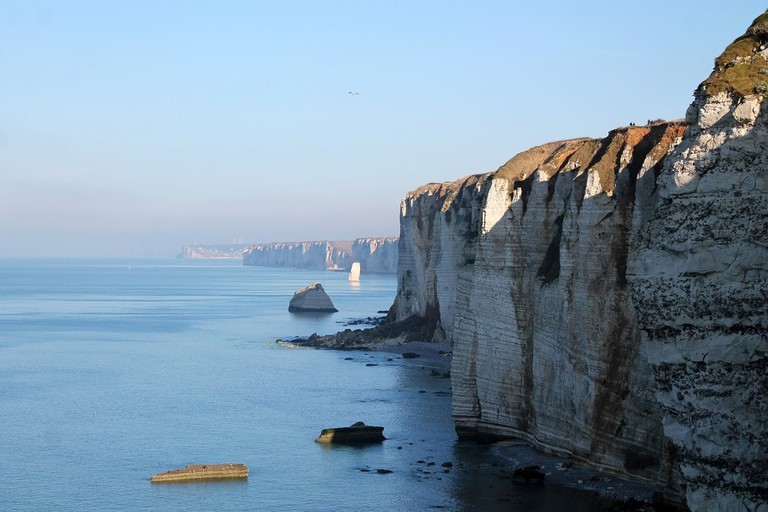 Dune du Pilat is a real treat. Located on France’s west coast, this natural landscape boasts being Europe’s tallest sand dune. It lies in the Arcachon Bay area, and provides the most incredible views, both out to sea and back over the tops of the coastal pine trees. If you’re spending some time in Bordeaux and want grand landscapes, head to Arcachon in just under an hour by car. 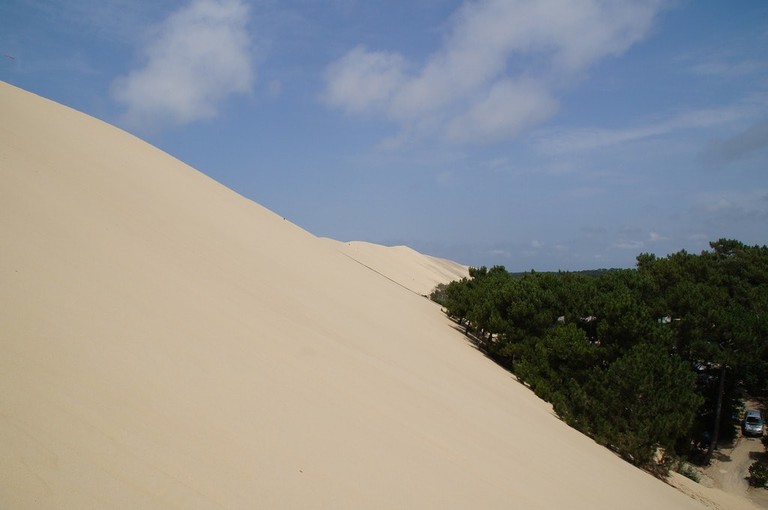 The most breathtaking (and therefore, justifiably, the most documented) landscape in France has to be around Mont-Blanc in The Alps. Situated right on the border with Switzerland and Italy, Chamonix is one such place. It is the highest summit in The Alps at the base of Mont-Blanc and whether it’s skiing, hiking or a stunning landscape you’re after, look no further. 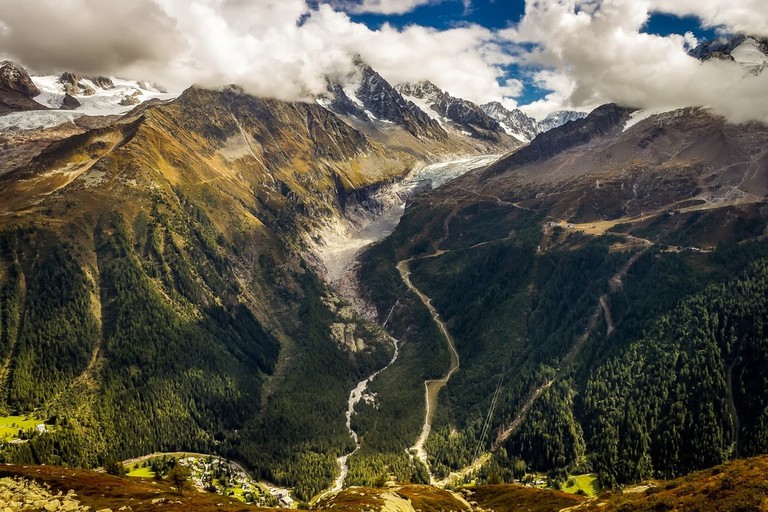 Technically not completely natural, but impossible to overlook, Provence’s lavender fields are one of the most iconic landscapes in France. As you approach them, you’ll smell the lavender before even catching a glimpse of this gorgeous site – and when you do, it looks like someone has painted the undulating hills in the prettiest of shades. Around the villages and towns of Gordes, Forcalquier and Malaucène are lavender-field hotspots. 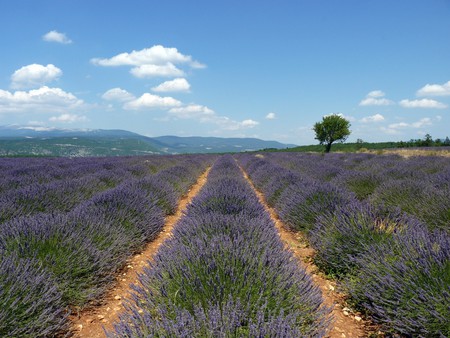 Cascade du Rossignolet is a great waterfall that is linked by an attractive trail to two bigger ones (Cascade de Queureuilh and Cascade Saut du Loup). This is a classic example of what France does best: beautiful natural landscapes interwoven with well-trodden trails and interesting information snippets to aid you along your way. Three waterfalls in one – hard to beat, don’t you think? 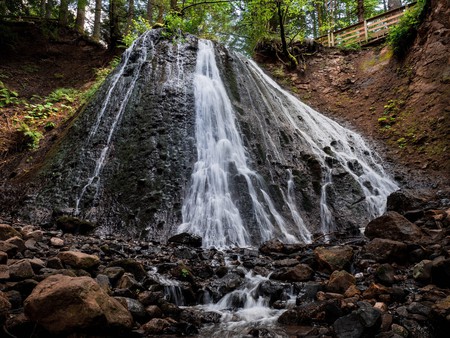 The Pink Granite Coast is a stretch of coastline in northern Brittany, often considered to be one of the most beautiful in Europe. It is identifiable thanks to its pink granite rocks. There are endless hiking trails along this stretch of coastline and pretty villages and towns to stop into as well. 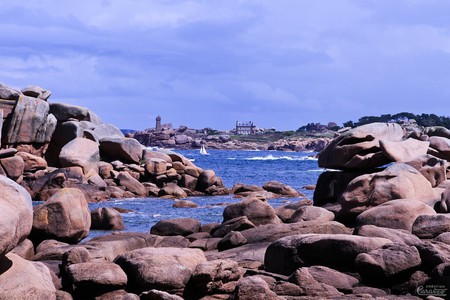 There are many impressive caves in France, but one that gets a lot of attention (and for good reason) is the majestic Grotte des Demoiselles in the Languedoc province in the South of France. Giant stalactites and stalagmites surround you, as you descend and explore the cave, which is an impressive 120 metres (394 feet) long. Children under the age of four visit for free. 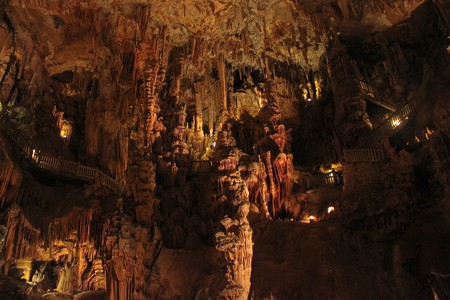