The Most Spectacular Places to Cycle in Finland 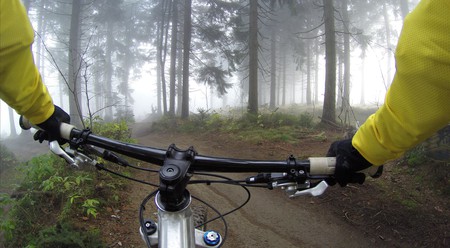 Cycling through the wilderness in Finland | Pexels

Finland is an ideal location for many sporting activities and a popular destination for many outdoor enthusiasts. The largely flat landscapes, long hours of summer daylight, and mile upon mile of beautiful countryside make it especially ideal for cyclists, whether amateur or professional. These are some of the best places in Finland to cycle and take in the scenery.

One of the most popular cycling holidays in Finland is island-hopping the Turku Archipelago by bike. With over 20,000 islands making up the archipelago, there is plenty to discover and see on this route. You can either explore solo or join one of the numerous adventure tour operators, with options for camping or staying in some of the luxury hotels on the course. On the way, you can relax on the peaceful islands, take in some fantastic nautical views, or visit the sites, such as Moomin World, or the festivals, such as the Viking Market. There are also some beautiful trails on the mainland just outside of Turku as well. 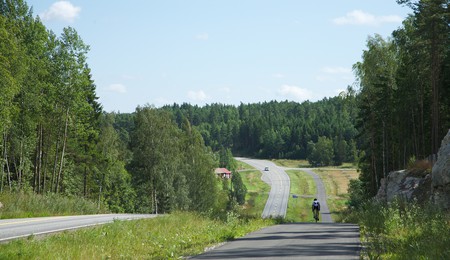 Southern Finland is almost entirely flat, creating many suitable cycling byways in and around the cities of Helsinki and Turku that aren’t too difficult. Outdoors Finland lists many such paths, the most prominent being The King’s Road, a 330-kilometre (205-mile) run that used to connect Sweden to Russia, making it one of the oldest tourist routes in Europe. The eastern route towards St. Petersburg allows cyclists to pass through historic towns and villages and visit the local craftsmen. The western course connects Helsinki to Turku and stops by many coastal and former industrial towns on the way. 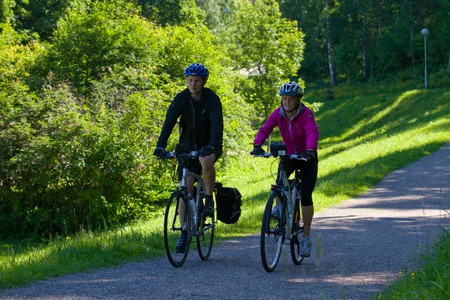 Slightly further north is the 175-kilometre (108-mile) circuit around the Häme region near Tampere, as mapped out by Outdoors Finland. Not only does it go through beautiful woodland but it also passes by historic sites, such as medieval churches and prehistoric grave markings. Again, it is a fairly easy ride and skirts many glistening lakes that Finland is so well-known for. Nature enthusiasts will also enjoy the chances to spot rare plants or go berry picking. 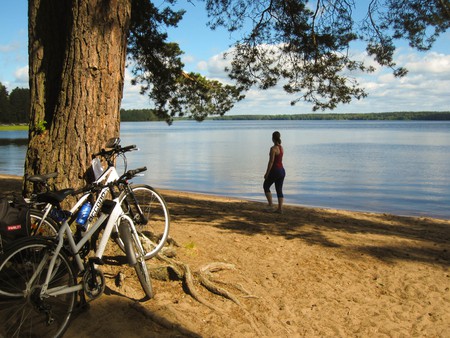 Stopping for a break on the Häme trail/ Outdoors Finland/ Flickr

The name may seem off-putting, but this trail is actually part of the EuroVelo 13, a 10,400 kilometre (6460-mile) course across 20 countries, along what was once known as the Iron Curtain, which divided Europe for the better part of a century. It encourages travellers to learn more about this dark chapter of history and celebrate unification.

The Finnish portion of the trail follows the Russian border along the westernmost part of Finland. It starts at the tiny village of Näätämö on the Finnish-Norwegian border and travels all the way down to Virolahti in the south, although you can start at any point which works best for you. Along the way you can see the Winter War Museum, the town of Savonlinna, Lake Saimaa, and multiple other hidden gems. There are also opportunities to spot moose, reindeer, bears, wolverines, and the rare Saimaa ringed seal. Many parts of the path are extremely remote and it can sometimes be hard to find places to eat or rest, but it is still the best way to take in the vastness and natural beauty of Finland. 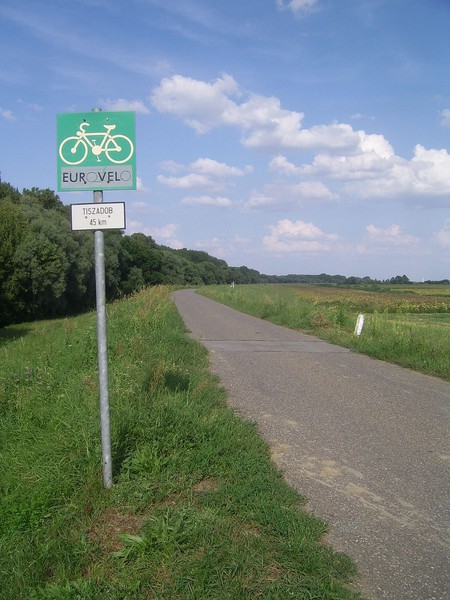 It may seem like a strange idea to go cycling in Lapland but, during the summer when the snow melts, it actually makes for some of the best cycling in the country. There is even a growing trend of winter cycling in the cities – although this is best done with the right winter tires and plenty of practice. The ground isn’t quite as flat or easy as the southern routes, but this is what makes it popular among mountain bikers. The Lappish capital city of Rovaniemi offers several cycling routes of various lengths, which you can read more about at Backpacking North, and can be completed within a day, and with children. Be sure to take your camera, as you are likely to encounter a lot of wild reindeer on these trails. 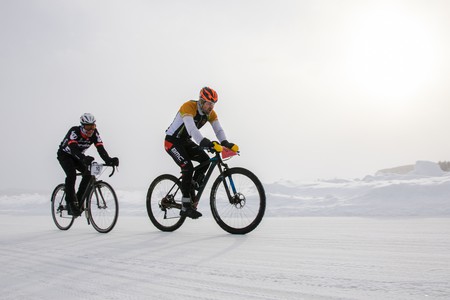