Finland's Top 10 Spots to Go to for Nordic Skating 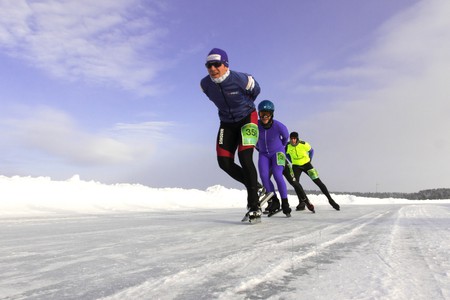 Nordic skating, also known as tour skating, is a highly unusual but energising sport which is popular throughout Finland and many of the Nordic countries. It works by wearing ice skates during the winter or roller skates during summer and propelling yourself along either ice or pavement using long poles. During the summer it is common to see skaters gliding along country roads and in winter many Finns take the risk of skating on frozen lakes. These are some of the best spots in Finland for trying Nordic skating yourself:

The stretch of the Baltic Sea separating Finland and Sweden and dotted with thousands of islands is a particularly popular spot for Nordic skating, so popular in fact that it is known as the ‘tour de skate’. In the summer it is a faster way to travel across the islands and in winter it is a method of crossing the frozen sea between islands. It is best to do this with a guide, however, as climate change has made the winter conditions unpredictable. 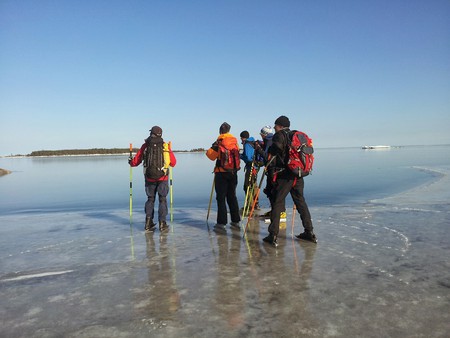 Eastern Finland is practically designed for Nordic skating. The area is almost entirely flat and has miles of country roads, pleasant scenery, and expansive lake systems. Kuopio is home to the Finland Ice Marathon, one of the world’s largest Nordic skating events held every February. The track used for the competition is also open to anyone during the rest of the winter. 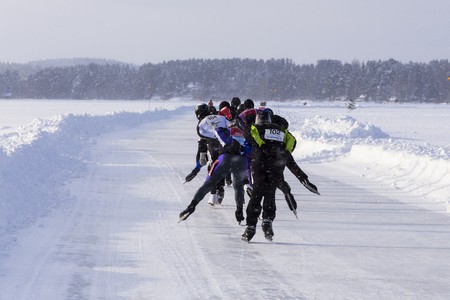 Close by Kuopio, one of Finland’s largest lake systems also provides a huge area for winter skating. A 15km skating network is laid out on the lake every winter. It is an especially ideal way to cross between the many islands on the lake or spot some rare wildlife. 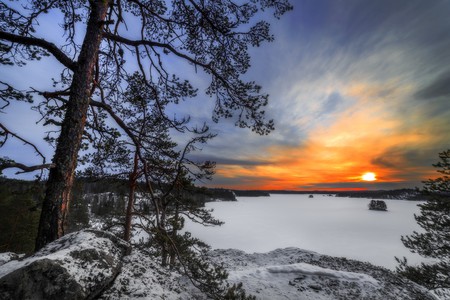 Most of Finland’s national parks provide at least some opportunities for Nordic skating. Linnasaari in Savonlinna has one of the longest trails in Finland, stretching from the village of Oravi to the Järvisydän resort, a total of 40km. Many people visit the park just for a Nordic skating holiday so there are plenty of guides and rentals available.

This Lapland resort is more popular among skiers, but it has plenty of cross country skating trails available too. There are a total of 330km worth of trails laid out in the winter, suitable for all ages or levels of experience. At the same time you can take in the clear Lapland air, see some of Finland’s most striking scenery, and if you’re lucky even spot the Northern Lights. 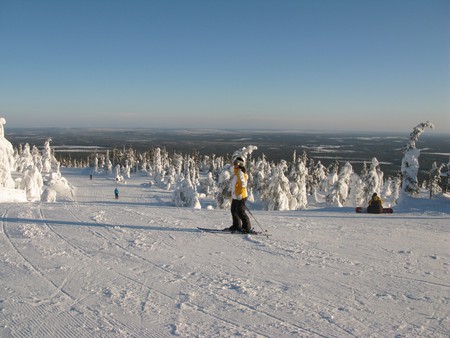 Another northern area, Kuusamo has 170km of cross country skiing trails in what is considered some of the best skiing conditions in Finland. This is why there are many cross country skiing safari tours on offer, which also include rentals and hot drinks and snacks. There are numerous cafes on the ski trails and the tracks are fully maintained during the off-season. 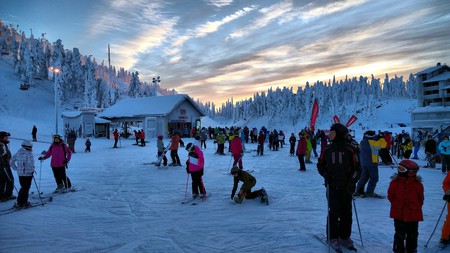 A group of skiers in Kuusamo / Timo Newton-Syms / Flickr

This central city is surrounded by a huge lake system which is perfect for Nordic skating with around 100 maintained skating areas in and around the city and network stretching to around 400km. These tracks are not just for sporting enthusiasts but are also essential for allowing children to make their way to school during the coldest part of the winter. 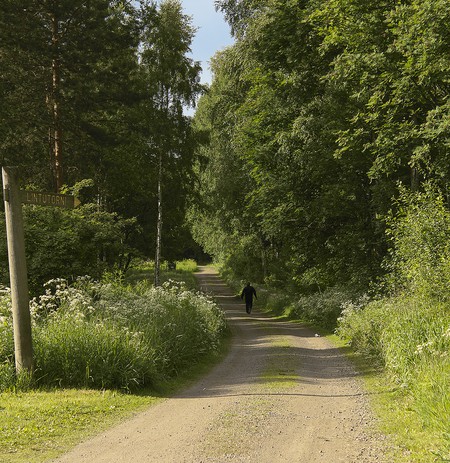 Another city with a vast skating network. Even within the city limits there are 80km worth of illuminated tracks and miles more stretching out in the surrounding area to the local villages. Nearby Lake Näsijärvi is especially popular and has trails, rental shops, and cafes laid out every winter. 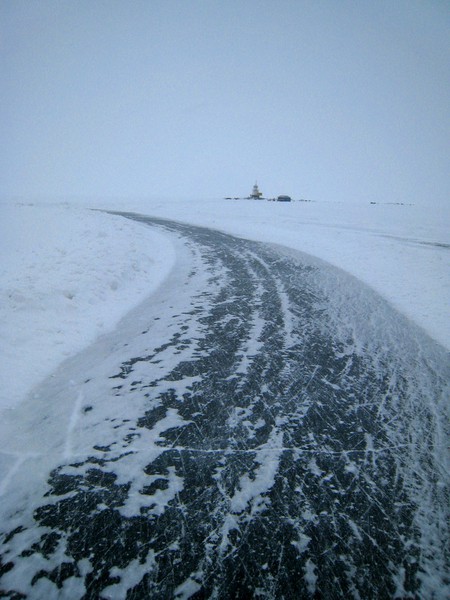 A skating trail on a lake near Tampere / Ilkka Harmanen / Flickr

Levi in Lapland is known for having some of the best maintained skating trails in Finland, a total of 230km. They are especially recommended for beginners to get the hang of the sport. Many of the tracks are even lit up at night, providing a beautiful skating location through the snow. 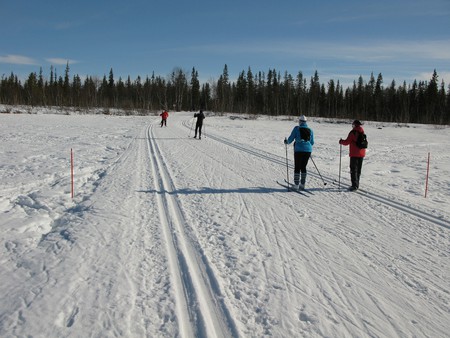 Finland’s capitol in the south may not have the same frozen winter conditions as the rest of the country, but the Baltic Sea often becomes solid enough for winter skating. If skating on ice seems too much for you, there are plenty of trails and pathways where you can try the summer equivalent instead.