Things to Know Before Visiting Copenhagen, According to People Who Live There 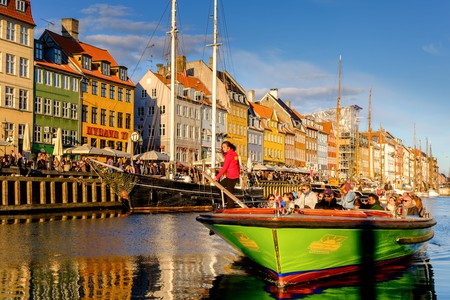 Copenhagen is a very pleasant place: the city is small enough to explore on foot, but big enough to have plenty of sights to keep you coming back. First-timers may have a pretty good idea of what to do – hop on a bike, try to embrace the city’s famous hygge and take a great picture of Nyhavn – but as with anywhere else, you’ll experience Copenhagen much more intimately when you heed the advice of locals, so take in these tips for Copenhagen and see the city their way.

Local legend holds that the city was founded by Bishop Absalon in the 1160s, but Copenhagen is at least a century older than that. Originally just called Havn (‘harbour’), it became known in the Middle Ages as Købmændendes Havn, ‘the merchants’ harbour’, a name that stuck. It’s been crumpled up into the modern-day København, which is pronounced something like ‘Kerbenhawn’ – if you’re trying to master the beautiful Danish tongue, do try to avoid saying ‘Copen-hargen’, which is the German pronunciation.

‘The merchants’ harbour’ describes Copenhagen pretty well. Historically, the windy waterfront city did very well from trade, nestled as it was into one of the only straits that connected the Baltic Sea countries with the world’s oceans. Apart from interruptions by the Swedes across the sound, and the occasional bombardment from the British, Copenhagen has been allowed to develop naturally. 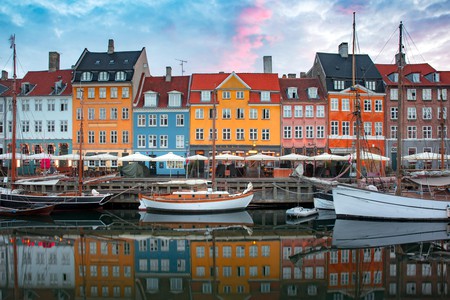 Modern Copenhagen incorporates different Danish architectural styles into its various city quarters, which come together in one harmonious, pretty whole. Christian IV’s grand red-bricked and copper-roofed buildings, including Rosenborg Castle, Børsen and the Round Tower, are must-sees and his grandson Christian V’s thriving Nyhavn canal is unavoidable on any Copenhagen itinerary. But the city’s traditional houses, which range in style from medieval to 19th-century blocks, are just as pretty as the more obvious tourist spots, so head a little further out for a quieter, more serene way of seeing the city. 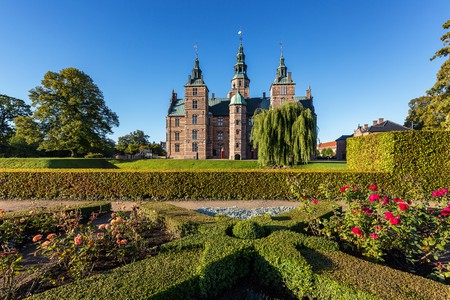 Copenhagen born and bred goldsmith Sofie Lunøe, who owns a traditional jewellery shop on the colourful, historical Gråbrødretorv, says, “The real charm of Copenhagen is found in the quieter streets that are harder to find than Kongens Nytorv. The absolutely best way to see central Copenhagen is to take your time, wandering the streets parallel to the main ones, to see how well the historical buildings blend in with our modern-day lives.”

Good design and architecture have become part of the Danish identity, and you’ll find at least one designer vase or lamp in most Copenhagen homes. Whereas the shopping street Strøget will offer up recognisable brands and big flagship stores such as Georg Jensen and Pandora, the smaller streets are the place to go to find the community restaurants and independent shops, from clothes designers to glass-blowers, which thrive in Copenhagen. 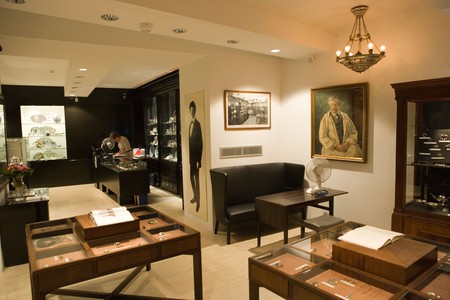 Lunøe explains that the city’s independent stores provide a much more intimate shopping experience. “I have a lot of tourists come in who are very surprised that my workshop is in the middle of my store,” Lunøe says. “They can see me making the jewellery pieces I sell and talk to me about the process. That’s the case in most of these shops. You get a much more personal experience, and we’ll happily tell you about the best local restaurants and which other shops to visit in the area.”

Danish culture has a particular code of politeness

Outside of Scandinavia, Danes may have a bit of a reputation for being hard to get to know (although inside Scandinavia, they’re known as the rambunctious extroverts). As American-Danish citizen Kay Xander Mellish has come to realise over the years, however, this is down to a different understanding of politeness than is common in some other countries.

“In Denmark and the rest of Scandinavia, politeness comes down to not disturbing other people’s personal spheres,” she explains. “It’s a virtue to be straightforward and direct, so as to not waste other people’s time. People in general will leave you alone unless you make it clear that they aren’t bothering you, but they’re actually very friendly and eager to help; all you have to do is ask.”

Timeliness is a valued quality in Denmark

Mellish, who runs a popular blog, believes that the most important social quality in Denmark is to be on time and reliable. “If you agree to meet at eight o’clock, you’re there at eight. If you agree to meet on 4 April in three months’ time, you turn up. Don’t cancel because something better turned up. People in general trust each other and can rely on each other, and that also makes Copenhagen a very safe place to visit.”

As long-time Copenhageners, both Mellish and Lunøe’s main mode of transportation is the bicycle (indeed, both mention having brought home Christmas trees on their bikes). But Mellish declares the importance of being sensible when cycling in Copenhagen. “You’d never stop to take a picture while driving, so don’t do it on a bike.”

Lunøe agrees, emphasising the importance of being safe on two wheels. “Please, please wear a helmet and learn how to signal.” (Use your arms to signal left or right and put up a flat hand to signal stopping.) She also suggests avoiding rush hour. “Try a bike by all means, but not during rush hour” – at this time, Copenhagen’s bike lanes are busy with commuters, so it’s worth going for your first cycle in the city at a quieter time of day. And cycling isn’t the only way to see the city; as Lunøe mentions, there are other options to try. “Use boats, the newly expanded metro and walking to get around.” 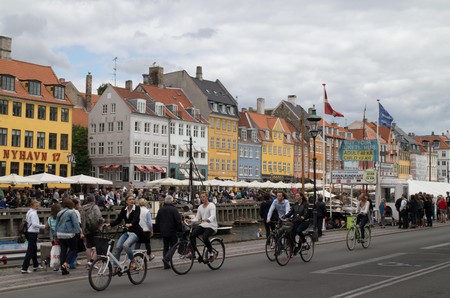 If you are lucky enough to be invited to a Danish home for a traditional Danish dinner, turn up on time and enjoy the delicious, typical Danish food. And it’s also worth hunting it down for yourself in Copenhagen’s restaurants. While a group of chefs brought New Nordic cuisine and the world’s best restaurant to the Copenhagen table in the early 2000s, traditional Danish pork, herring and rye bread are as popular as ever. “Traditional dishes aren’t just a tourism thing here,” Mellish says. “Danes actually eat smørrebrød for lunch and frikadeller for dinner, and you should give them a try.”

Danes are known for a relaxed attitude towards swearing

Visitors from more conservative countries should know that Danes swear a lot, often using English expletives. But, as Mellish points out, they don’t carry the same stigma in Danish. It’s not unusual to hear English profanities on the Danish national broadcasting service DR, or children exclaiming English profanities like sailors. But this is not a sign of unfriendliness; as Mellish says, “I like the Danes a lot, otherwise I wouldn’t still be here.”