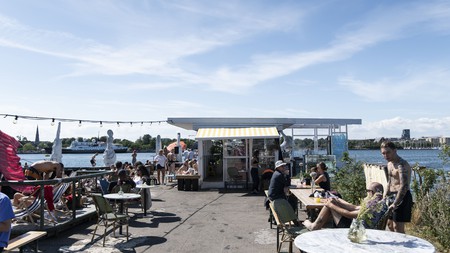 Copenhagen’s imaginative contemporary architecture, sky-high bike lanes, sleek bridges and green initiatives have not only transformed the city into an aesthetically interesting destination, but also into the vibrant cultural and social hotspot it is today.

Few cities lend themselves to strolling as well as Copenhagen. Its friendly streets, city canals, beautiful architecture and tempting pavement cafés make it an enjoyable city to explore by foot – not to mention the breweries and craft-beer pubs, such as the hip Mikkeller, that entice pedestrians to sit down, relax and people-watch. The fact that you can easily cycle around Copenhagen’s various districts is an added bonus. “When people visit Copenhagen, they should know that the spirit of the city is really found in the neighbourhoods,” says Copenhagen city architect Camilla van Deurs. “Venture outside the historical centre, because the boroughs are really exciting, and the streets are more interesting and vibrant than the squares.” The Scandinavian metropolis still has a village feel, thanks in part to the fact that car traffic is being sidelined to give way for walkers and cyclists to move between the city’s different areas. 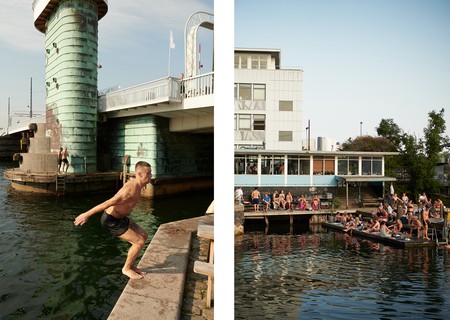 For people who live or work in the laid-back city, the effects are tangible. Tina Seidenfaden Busck, who grew up in Copenhagen and runs The Apartment, a trendsetting design gallery and store in the city where visitors can also book a night’s stay, says, “I love the dynamic: there is a great mix of green areas, beautiful museums and a very relaxed way of living. This vibe is so symptomatic of Copenhagen.” Though Seidenfaden Busck doesn’t think the style of The Apartment is especially Danish, the city itself still inspires her. “I think the most direct influence is probably that relaxed Copenhagen atmosphere that you immediately sense when you come to the city. We want that same unpretentious and welcoming atmosphere in The Apartment.” 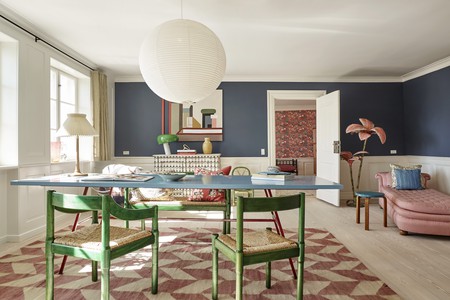 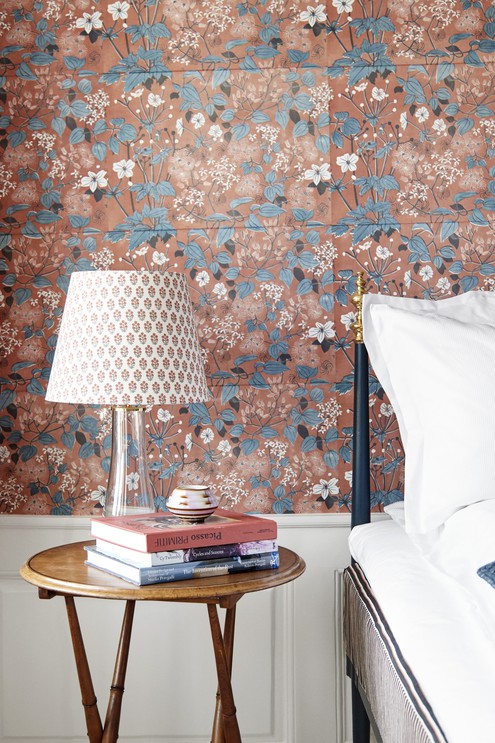 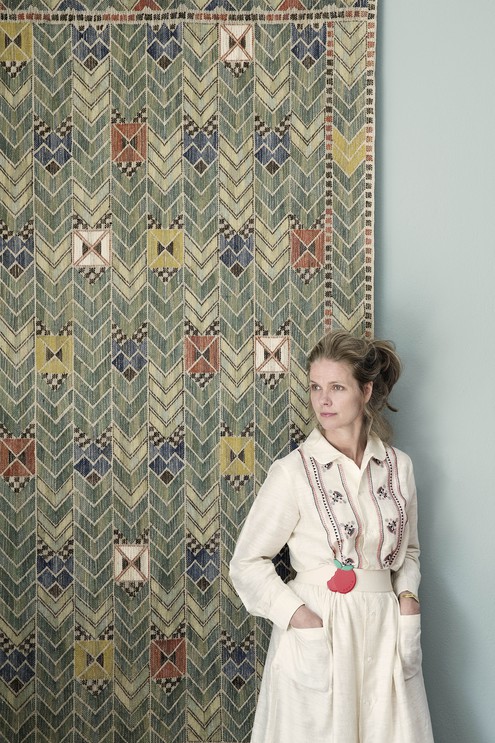 Creating a green city with the help of design

There’s definitely something in the Danish air – the country is regularly placed at the top of the list of the world’s happiest cities (second place in 2019) and Copenhagen is at the forefront of the fight against climate change, as the city aims to become carbon-neutral by 2025. Its urban planning has a focus on connectivity and sustainability, and is the result of socially inclusive initiatives stretching back decades. “The Danish tradition of urban planning began just after the war, in 1947, with the Finger Plan,” Van Deurs explains. “The planners looked at the city as a hand, with the S-train line running along the fingers and the city centre at the palm of the hand. It was a polycentric approach to urban development, which focussed on public transit planning as well as maintaining green spaces in the city.”

From 1961, Copenhagen also invested in pedestrianisation and the city authorities enlisted the help of professor Jan Gehl, who studied the development of public space in dialogue with the city. His aim was to “give public life a voice”, and his framework of data became an important part of development work in the city that still lives on. “Today, we perform bicycle and pedestrian surveys in-house annually, using empirical data to qualify our decisions,” Van Deurs says.

When it comes to urban planning in Copenhagen, though, it’s not enough for new initiatives to be functional – there is another tradition that’s equally important: that of Danish design excellence. Whether it’s a beautifully curved, meandering bicycle bridge rising from the Sydhavnen waters on its straight white pillars, or a stylish harbour bath complete with an innovative, wooden diving board resembling a ship’s prow, the importance of good design shines through in the city’s latest architectural additions. Seidenfaden Busck says, “There is a deep respect for good functional design and quality materials – very democratic in a sense. Architecture here doesn’t only need to be extraordinary, but also blend in with the rest of its surroundings and it has to be functional. Danes are very practical that way.” 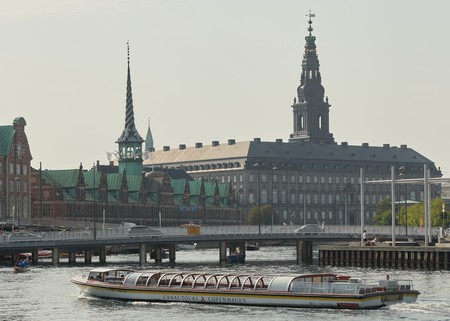 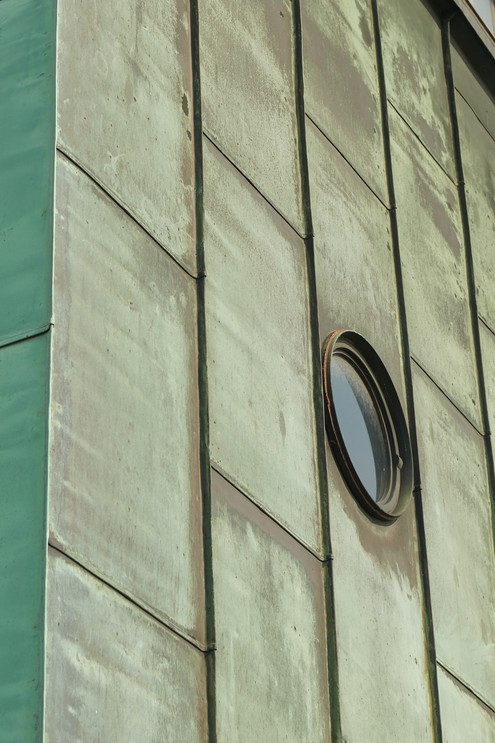 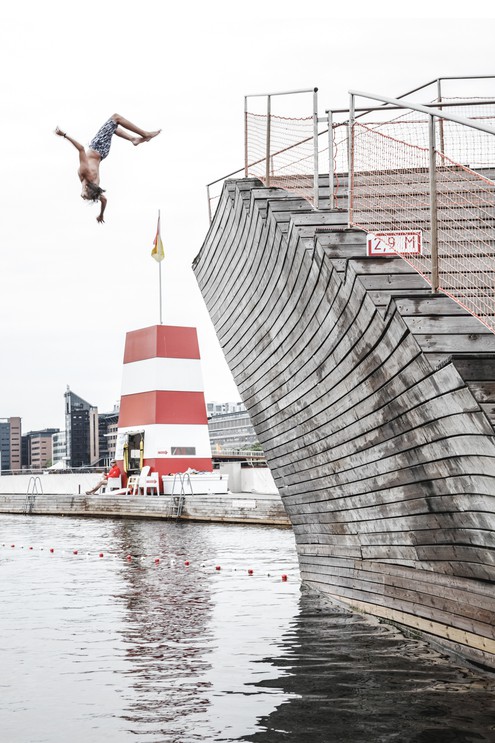 The birth of the Bicycle Snake

Steen Savery Trojaborg is managing director, partner and architect at Copenhagen-based Dissing+Weitling, the architecture firm behind the Bicycle Snake cycle bridge that opened in the city in 2014. Dissing+Weitling’s design DNA can be traced back to Arne Jacobsen’s legendary work and studio, which the firm has been continuing since 1971. Today, the company carries on this unique heritage in both mind and work. As Savery Trojaborg says, “I think there’s a basic approach to architecture that we still use – it’s very much about functionality, and I think it should be beautiful. It’s also about not using too much material, which is a rather sustainable approach to architecture.”

In 2001, Dissing+Weitling was entrusted with making the first new bridge over the port of Copenhagen for 50 years. The resulting pedestrian and bicycle bridge, Quay Bridge, was expected to have 2,000 to 3,000 bikes crossing it every day, but cycling everywhere is so popular in the city that the number went up to 8,000 per day as soon as it opened. When the city put up a tender for another bicycle bridge that would connect the Amager part of the city with Vesterbro, Dissing+Weitling won. “In the beginning it was a rather modest programme, but working with the City of Copenhagen, it slowly started to be about something more than just connecting A to B,” Savery Trojaborg says.

As the scheme developed, the city sensed the bridge’s potential and the budget increased, resulting in the Bicycle Snake, which has become something of a symbol for Copenhagen’s cycle-friendly vibe and perfectly epitomises its trademark marriage between the functional and the beautiful. “When people ask me what kind of projects Dissing+Weitling makes and I say the Bicycle Snake, the first thing they say is ‘It’s so nice to ride a bike on’ and the second thing is that it looks nice,” says Savery Trojaborg. The bridges also have a democratising function. “The cycle bridges connect neighbourhoods, including some of our deprived areas, and open them up, inviting the city in,” Van Deurs says. 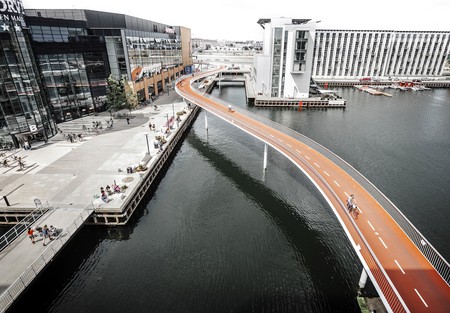 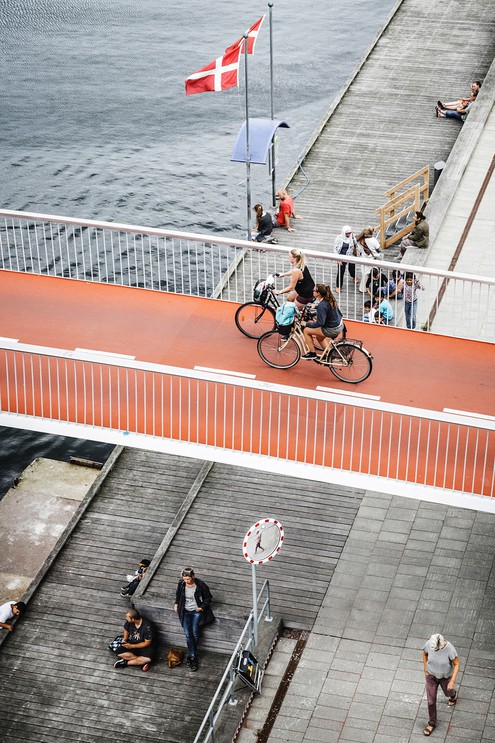 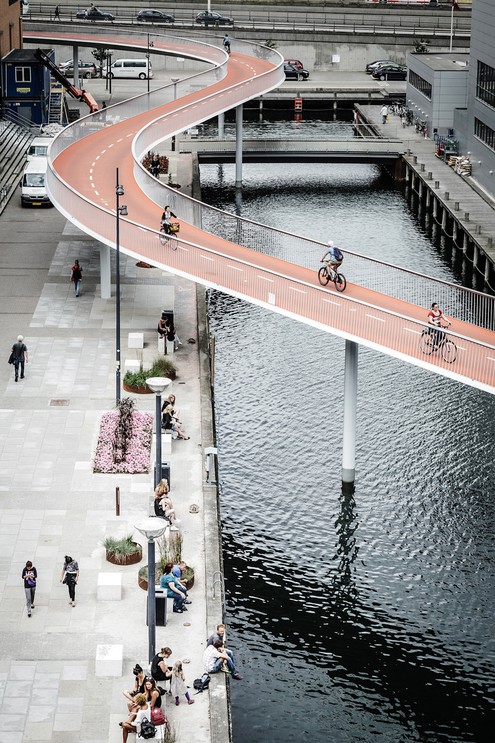 The city as an urban living room

With 49 percent of trips in Copenhagen taken on a bicycle, it makes sense for the city to continue investing in cycle lanes and highways, and the more inviting street life that these have given rise to has been an added bonus. “Copenhagen as a liveable, open and inclusive city is fairly new; I would say it’s happened within the last 15 years,” says Savery Trojaborg. “Danish architecture firm COBE came up with a phrase, which I like: ‘Our urban living room.’ In Copenhagen there has been a lot of care taken in updating the streets, squares and parks. People use the urban spaces today for recreation and social interaction. From a city that has been a bit enclosed, Copenhagen is much more open now.”

Much of that openness is down to the built environment, and a result of the fact that the Danish School of Architecture isn’t a part of the polytechnic university, but of the Royal Danish Academy of Fine Art, as Van Deurs explains. This artistic background results in architecture and design that add beauty, as well as function, to the city. “Making things more aesthetic is a way for the city to give something back, a generosity and a quality of life. The added cost that comes with making something more aesthetic is such a fraction of the price that it would make no sense not to do it,” Van Deurs concludes.

It’s this dedication to design that fuses elegance with practicality that has helped make Copenhagen the stylish, modern city that is it today, adapted to the needs of both a growing population and people visiting the increasingly popular tourism destination.