A Very Danish Guide to Finding Hygge in Copenhagen 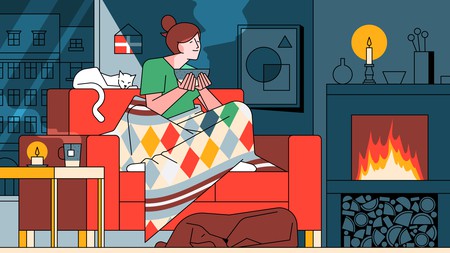 Cosy, satisfying, comforting: the Danish concept of hygge might be difficult to define, but that doesn’t mean it’s hard to find hyggelig places in Denmark. Culture Trip guides you to the best places to discover hygge for yourself in the Danish capital.

Over the past few years, hygge, a simple little Danish word, has been on quite the journey, emerging from the comfortable nooks of the Danish language onto the international stage. As many books and articles across the world have rightfully pointed out, hygge is more than just a word, it is an integral part of Danish culture – but what’s been harder to capture are the nuances of hygge; how it can be used to describe places, events and states of mind. Hygge is everywhere in Copenhagen, but you need to know how to find it.

Hygge might be explained most easily by its much less-talked-about counterpart uhygge. “If something is uhyggeligt, it’s scary or discomforting,” says historian and Copenhagen tour guide Jacob Helmbæk. “Hygge is the opposite; it’s everything that’s nice and comforting.” While some foreign explanations have treated hygge as something verging on the religious or holy, the term is in fact thrown around very casually in Danish.

“It’s become very hip around the world, but at its base, hygge is very relaxed and down-to-earth,” Annemette Brath Rasmussen joins in. As the volunteer coordinator for Copenhagen’s Studenterhuset, which has been a cheap and hyggelig day-and-night hub for students in Copenhagen for generations, Rasmussen has helped hundreds of international students feel at home in Danish culture. “A lot of our international students spend a lot of time trying to find out what hygge really means. But it doesn’t necessarily have to be something you make a big effort to achieve.” At its foundation, hygge refers to a lack of stress and concentrating on what’s directly in front of you, be it enjoying a hobby, properly tasting the meal you’re eating, or paying concentrated attention to the people you’re with.

And it’s not just Denmark that has a term to describe this concept. Truth be told, the word also exists in Norway, where they have a second word as well, “koselig”, and the Swedes, Germans and Dutch have similar words too. However, nowhere else is the concept quite as pervasive as in Denmark, where even the throw-away phrase “have fun” becomes “hyg jer“. 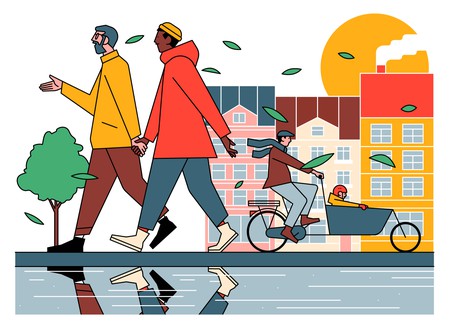 “The most ‘hyggelige‘ times are often those that sneak up on you and stop time for a little bit,” Jacob explains. “They appear in good company, so a stroll with family can be ‘hyggelig‘, as can a trip to the cinema. You can ‘hygge’ on a night out, but you can also ‘hygge’ on your own with a good book. Maybe a good way to describe it is when you find yourself in a nice situation that you want to go on and on and never end. But a place or even a person can also be ‘hyggelige‘.”

How do you say it?

‘Hygge’ is the noun and verb while ‘hyggelig(t)’ (singular) or ‘hyggelige‘ (plural) are the adjective forms. Before we get to specific recommendations, a word on pronunciation: ‘hygge’ is a hard word for non-Danes to get through. “Huggah” is a decent approximation – bonus points if you remember to add on the “-lee” (-lig) ending for adjectives – but if you really want to impress, squeezing out a y-noise like the very first vowel sound in ‘your’ and ‘e’ like the ‘er’ in ‘twerk’ will do the trick and see Danes fall for you front, left and centre.

Drink your way to hygge

From its cobbled streets to its colourful houses, Copenhagen oozes hygge. “It always helps with a slightly dark room, comfortable furniture and some candles, though,” Annemette concedes. “A good rule of thumb to find hygge in Copenhagen is to look out for the cosy cafés and bars you see in the cellars below the townhouses.” Jacob recommends simply looking for somewhere that looks warm and inviting, particularly on a cold, dark day.

One place which fulfils both criteria is Hviids Vinstue on Kongens Nytorv, which has been open for business since 1723 and may be the oldest public house still going strong in Denmark. A maze-like series of little rooms and dark wooden furniture means it’s always possible to find a little nook to hide away in and while away the hours with friends. 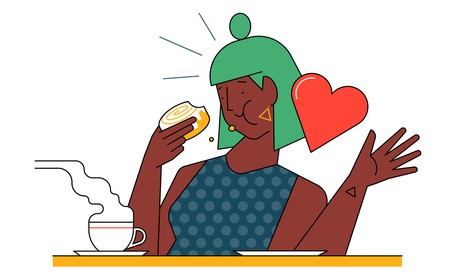 How to have a hyggelig meal

Though it may be above ground, Jacob also recommends somewhere like Nyboders Køkken in Frederiksstaden, for some of the same old-school charm as well as excellent traditional Danish dishes. If you’re feeling fancy, the nearby waterfront restaurant Lumskebugten or Søllerød Kro in northern Copenhagen form the perfect setting for a traditional long Danish dinner.

One of the ways to best facilitate hygge is to sit down for a traditional Danish lunch or dinner party. Taking time over a meal is important in Denmark: Danes sit down to enjoy companionship and conversation, washed down with good food and litres of snaps. “Traditional Danish dinner or lunch parties go on for hours and hours,” Jacob says. “We go through several different courses and rituals for the big seasonals like Easter and Christmas lunches. It’s not unusual to have them go on for more than six hours.”

Hygge on the cheap

“I always love the Christmas lunches that we hold for our international students at Studenterhuset,” Annemette says. “We go all out with the traditions, including the songs, decorations and even drinking songs,” she continues. “But again, having a quiet beer with some good company on a Wednesday night can be just as hyggeligt.”

When winter is here and the weather is freezing, seeking out the warmest and cosiest homes of friends or moving into your local café’s comfiest sofa is the way to go for a hyggeligt experience. During Copenhagen’s delightful summer, however, the possibilities for hygge are endless. Have a picnic in one of Copenhagen’s many beautiful parks or chill with a beer along Copenhagen’s many canals. In the right company and state of mind, you can find hygge anywhere. “It may be clichéd,” Jacob says, “but hygge really is a process rather than an end point; it’s all about the journey, not the destination.”