You Can Stand Between Two Clashing Seas in Denmark's Grenen 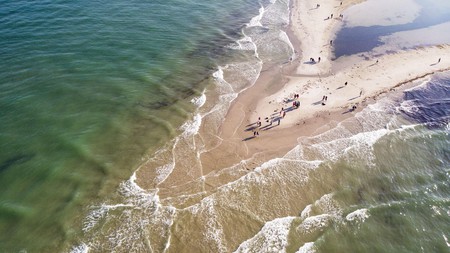 There are very few places worldwide where people can stand right between two clashing seas. Grenen, near the city of Skagen right on top of Denmark, is one of them. Colliding for millions of years, the Skagerrak and Kattegat seas have created a long sandbar that has become a popular destination for nature-lovers.

Grenen, which translates to ‘the branch’ got its name due to it’s long and narrow appearance and its way of stretching out of the mainland, which resembles a tree branch. Located on top of Skagen, Denmark’s northernmost city, the peak of the four-kilometer-long curved sandbar is literally the country’s tip. Before Skagen’s White Lighthouse was built in 1747, Grenen was a rough passage for sailors as they often couldn’t see the shallow reef and ran ashore. 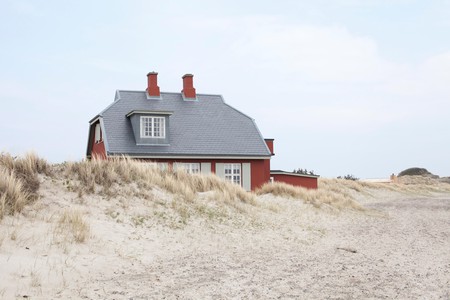 Watching the Skagerrak (which flows into the North Sea) and Kattegat (which flows into the Baltic Sea) meet right under your feet is a natural wonder that will definitely give you goosebumps. Put one foot in each sea and gaze upon the horizon as you’ll almost be able to see the Swedish city of Gothenburg. Unfortunately, swimming is not allowed due to very strong currents but worry not – the area boasts some of Denmark’s most spectacular coasts.

The area around Grenen is known for its rich flora and fauna and some of the ocean’s greatest animals swim within the turbulent seas’ waters. Seals lie lazily among tourists, while many visitors have spotted dolphins, northern minke whales and even orcas passing by. For a chance to see the impressive creatures, make sure to bring a pair of binoculars on your trip. 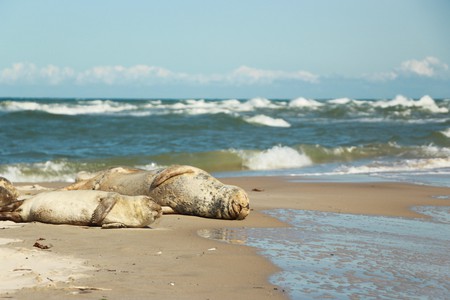 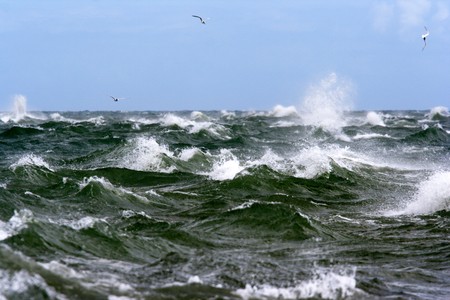 Grenen is known for its diverse landscape with scientists claiming that new land is still being formed. Over the last century, the reef has grown about one-kilometer northeast towards Sweden, hence why experts argue that you can never really comprehend what Grenen will look like in the future.

Skagen has always been a popular Danish city. Since the late 19th century and the early 20th century, it was a famous destination among artists, particularly painters who stayed in the remote city due to the unique landscape and the quality of life. As they became known as the Skagen Painters, today over 1,000 pieces of their artwork are exhibited at Skagens Museum. Nowadays, Skagen attracts millions of tourists who drive up north in order to spend their summer holidays surrounded by the Danish countryside. Grenen is only one of the reasons why this Danish town should be on every nature enthusiast’s bucket list. 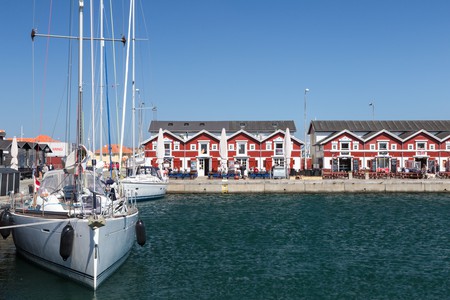 White sandy beaches stretch for several kilometers on both the city’s east and west side. Though the waters on the east side are calmer, it is also safe to swim at most beaches on the town’s west side. There are also forests, fields, and dunes that visitors can discover by joining one of the various guided tours that take place. Hiking, horseback riding, and other outdoor activities are organized all year round, although there are more choices in spring and summertime. 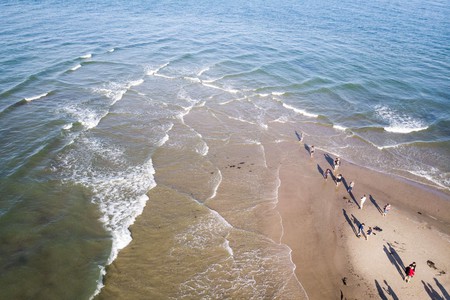 During the Skagen Bird festival in May, the town gets packed with locals and foreigners who gather to witness millions of migratory birds flying by. Skagen is one of the top cities in Europe to see rare birds species.

Once you’ve explored the city’s gems make sure to stop by Skagen Odde Nature Center. The classy museum focuses on the effects of sand, water, wind, and light, helping visitors at Skagen understand the area’s natural phenomena.