The Most Stunning Ski Slopes in Borovets 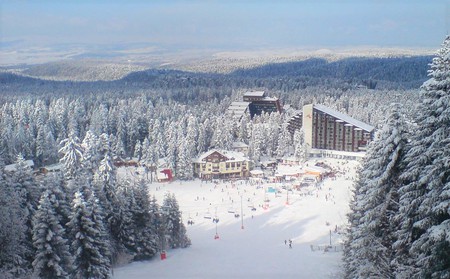 Borovets was the first winter resort in Bulgaria, while today it is one of the fastest growing ski destinations in the country. If you are going to visit Borovets for the first time, read our guide to its best slopes.

Borovets is scattered in several ski zones – Markudzhik, Yastrebets, Bistritsa, and Sitnyakovo. The highest situated is Markudzhik with its slopes descending from 2,550 to 2,144 m altitude (8,366 to 7,034 ft). The next is Yastrebets where the descent spans 1,000 m (3,300 ft) and Sitnyakovo being the lowest located zone. Each of the zones has slopes for beginners, intermediate and advanced skiers. The scenery is mostly evergreen trees – in fact, the name of Borovets is roughly translated as The Pine-Tree Place. There are 58 km (36 mi) of slopes as a whole, with the longest run available being 12 km (7.5 mi). There are four black slopes (for advanced skiers only), nine intermediate-level slopes, and nine easy runs. 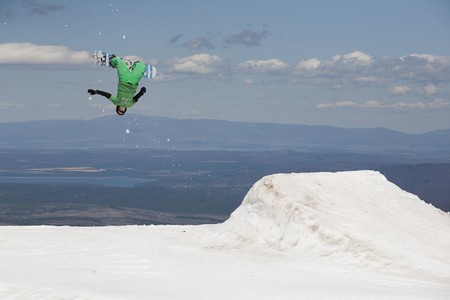 In spite of being relatively short, Martinovi Baraki is a truly challenging slope. The mere 500 m (1,600 ft) requires a high level of skills and the respective feeling of satisfaction. If you like this one, head to the Cherveno Zname slope, located in the same Sitnyakovo Ski Center.

Petar Popangelov is one of the legendary Bulgarian skiers in Alpine style. In 2006, one of the slopes in Borovets was named after him – a more than two-kilometer drop in Yastrebets Ski Center.

This is a wide and long slope with little inclination, which is perfect for absolute beginners. Join a ski school to take your first steps in skiing or snowboarding along the 2 km (1.2 mi) of Suhar slope. You can then continue down Haramia slope, which is blue (for beginners).

Markudzik is the name of four parallel slopes of various levels of difficulty – Markudzhik 1 is easy, Markudzhik 2B and Markudzhik 3 are medium, while Markudzhik 2A is for experts only (black). They are all between 700 m and 1.2 km long (0.5 and 0.8 mi), which makes them perfect for practicing and improving your skills.

Borovets is the Bulgarian ski resort with one of the best developed ski touring activities. There are ski touring routes you can take around Malyovitsa Peak and around Musala Peak (the highest peak in Bulgaria and on the Balkans, 2,925 m/ 9,596 ft). Like the slopes, ski touring is also marked in colors according to its difficulty level, with Borovets and the area offering everything from green (easy) to black (experts only) routes.

You can find an interactive map of the ski slopes in Borovets here.