The 21 Best Dishes to Eat in Bosnia and Herzegovina 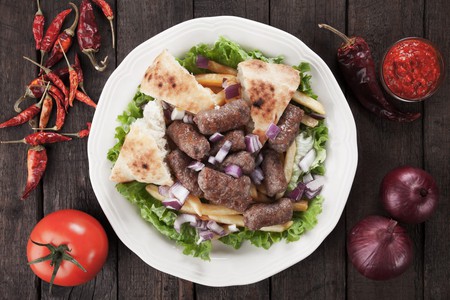 Bosnian cuisine ranks as some of the best in Eastern Europe with influences from the Ottomans, the Mediterranean and Central Europe. Dishes, like Bosnian cevapi and grilled meats, are favourites for dinner whereas bureks make delicious snacks. Here are 21 must-try dishes in Bosnia.

Bosnia’s national dish, cevapi, looks like an oblong sausage made from minced beef or mutton. You’ll find cevapi, the Bosnian kebab, sold in most restaurants often served as a set of eight to ten pieces with raw onions, sour cream and somun. 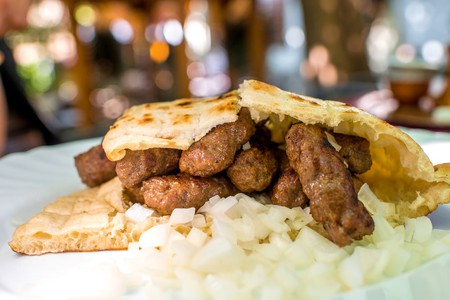 Somun is a type of Bosnian flatbread resembling pita bread, which comes with a plate of cevapi. The chewy bread originates from the Ottomans who ruled in Bosnia for five centuries.

Slow-cooked chicken mixed with vegetables boils into a creamy stew served in a clay pot with sour cream to form Begova Corba. This dish, also known as Bey’s Soup, is another Ottoman legacy. Bosnians often eat this meal on special occasions and during festivities.

Baklava isn’t traditionally a Bosnian food, but the sweet dessert filled with nuts and honey is available around the country. Like similar treats in the region, the Ottomans introduced Baklava to Bosnia. 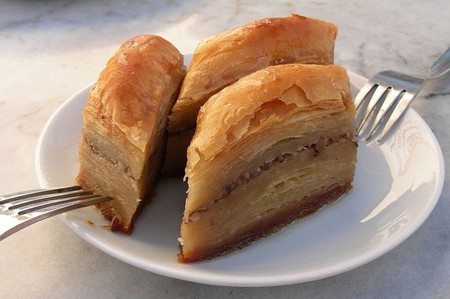 Baklava | By Kultigin (Own work) [Public domain], via Wikimedia Commons

The ubiquitous snack in bakeries around the Balkans uses filo pastry with either minced meat, spinach, cheese or potato fillings. You can buy Bosnian bureks as a single slice or a large pie. The snack costs a few Bosnian marks and will fill you up for hours.

If you like ravioli, you’ll love Klepe. Klepe is Bosnian dumpling filled with either beef, lamb or cheese. The dish comes with a garlic sauce or yoghurt. 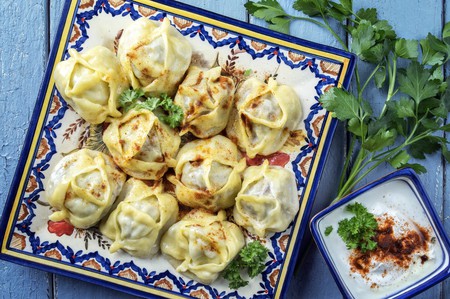 If you like soup, check out this Bosnian bean soup found in most traditional restaurants. Peruano beans with onions, carrots, peppers and slow-cooked beef boil in a delicious, hearty soup. 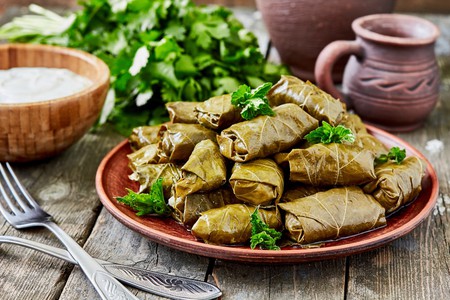 Sogan Dolma, a speciality in Mostar, stuffs onions with meat to create their version. If you order this at Mostar’s traditional restaurants, expect it to be piping hot and juicy.

Another national dish and yet another delicious stew-based treat. Alternating layers of vegetables and meat are put into the pot and stewed for hours creating a hearty meal in a tasty broth. 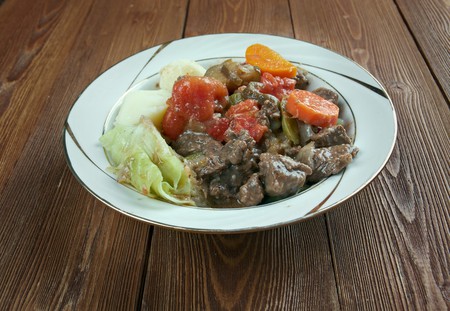 Bosnians like their meat and, like their former Ottoman rulers, spit roast is a favourite. As you drive in the more rural areas, you’ll often see vendors selling roast lamb by the side of the street. Or, order at one of the grill restaurants.

Walk around the streets of Sarajevo’s Bascarsija, and you’ll see vendors roasting chestnuts in large pans over an open fire. In the west, we associate this treat with Christmas, and in Bosnia, they’re a delicious and inexpensive snack on sale from December onwards. 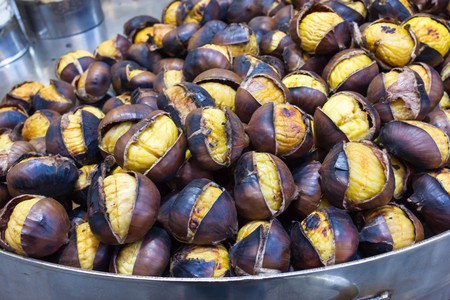 Small balls of crispy fried dough with either a sweet, jam or honey filling or a savoury meat are deep-fried to make a delicious treat. Buy Ustipci at the Bosnian bakery or from street vendors. Try both the sweet and savoury types and indulge in their tastiness.

A sweet treat popularised in Bosnia by the Ottoman. Tufahija is an apple boiled in sugar with whipped cream and walnuts. Locals often eat this with Bosnian coffee. 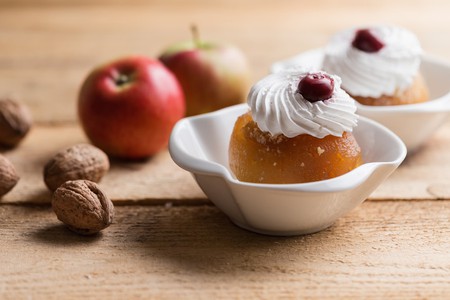 Vlasic cheese by its correct name is a particular type of white sheep milk cheese matured in brine. Some like the strong salty flavour, others don’t. If you visit Travnik, sample it with a piece of Bosnian bread.

Bosnian coffee may be a drink and not a dish, but it’s such an integral part of the culture it needs to be mentioned. Coffee comes strong and black in a small cup often with a cube of sugar or a sweet side. Bosnians of all ages spend hours sitting the café with their friends. 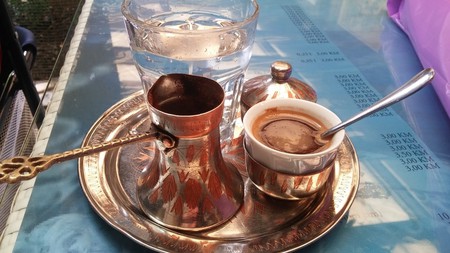 Drinking local beer, or pivo in the local lingo, rates just as high as trying the national dish for some. Bosnian beer includes Sarajevsko in Bosnia, Republika Srpska’s Nektar and Mostar’s Hercegovacka pivovara. If you’re in Sarajevo, check out the Sarajevo Brewery and learn how it helped residents survive during the Bosnian War.

You may not classify Sisha as a dish, but it deserves a special mention. Hookah bars are everywhere in Bosnia, especially in Sarajevo. Locals socialise, smoke and sip coffee while chatting away the hours. When in Bosnia, you should do the same.

Tarhana corbasi originates from Turkey. The soup has a mixture of fermented milk and yoghurt with grain, vegetables and meat. You may or may not like the sour taste, but it’s worth trying if you see it on the menu. Traditionally, the Ottoman made this soup to preserve perishable foods. 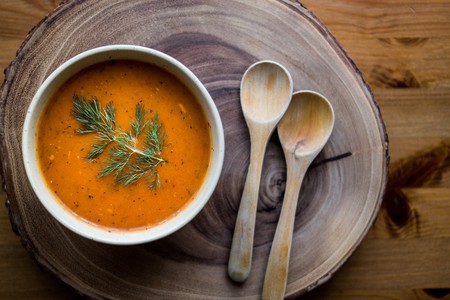 Tasting one of Sarajevo’s best vegetarian-friendly and healthy dishes is a must in the capital. Slow-cooked vegetables including tomatoes, onions and bell peppers are served as a juicy stew side.

Pljeskavica, a patty of pork, beef and lamb, is one of Serbia’s national dishes and a favourite fast food across the border in Bosnia. The spicy burgers come in flatbread with onions, relish and a cheese salad. 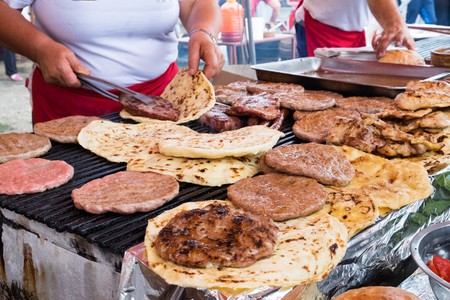